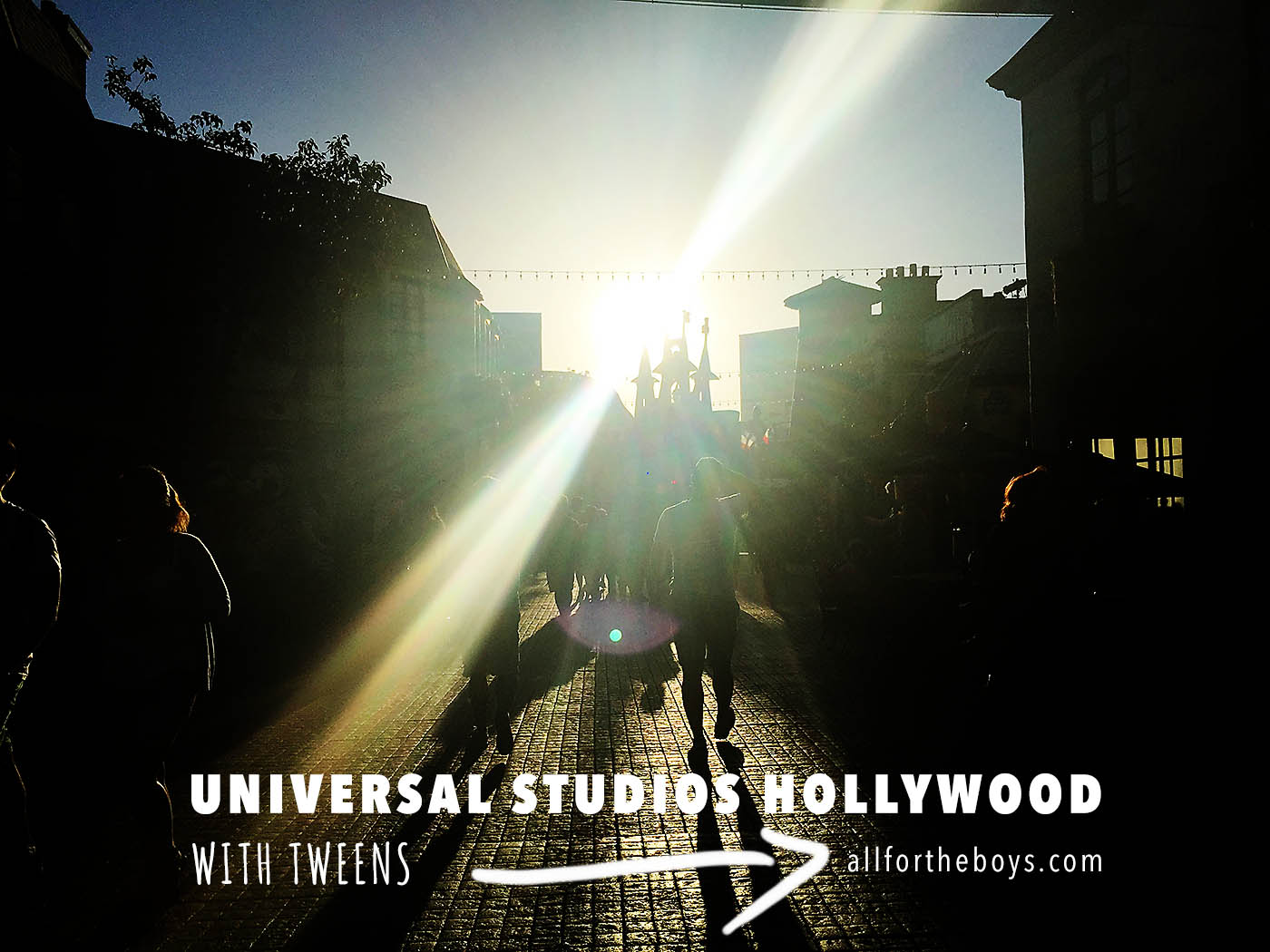 A couple of weeks ago I decided to surprise the boys by taking them to Universal Studios Hollywood. I haven’t been since I was their age and for some reason we’ve never taken them! They were so excited to explore – I was so excited to see the Harry Potter sign – is it 2016 yet? (no seriously SO excited)! 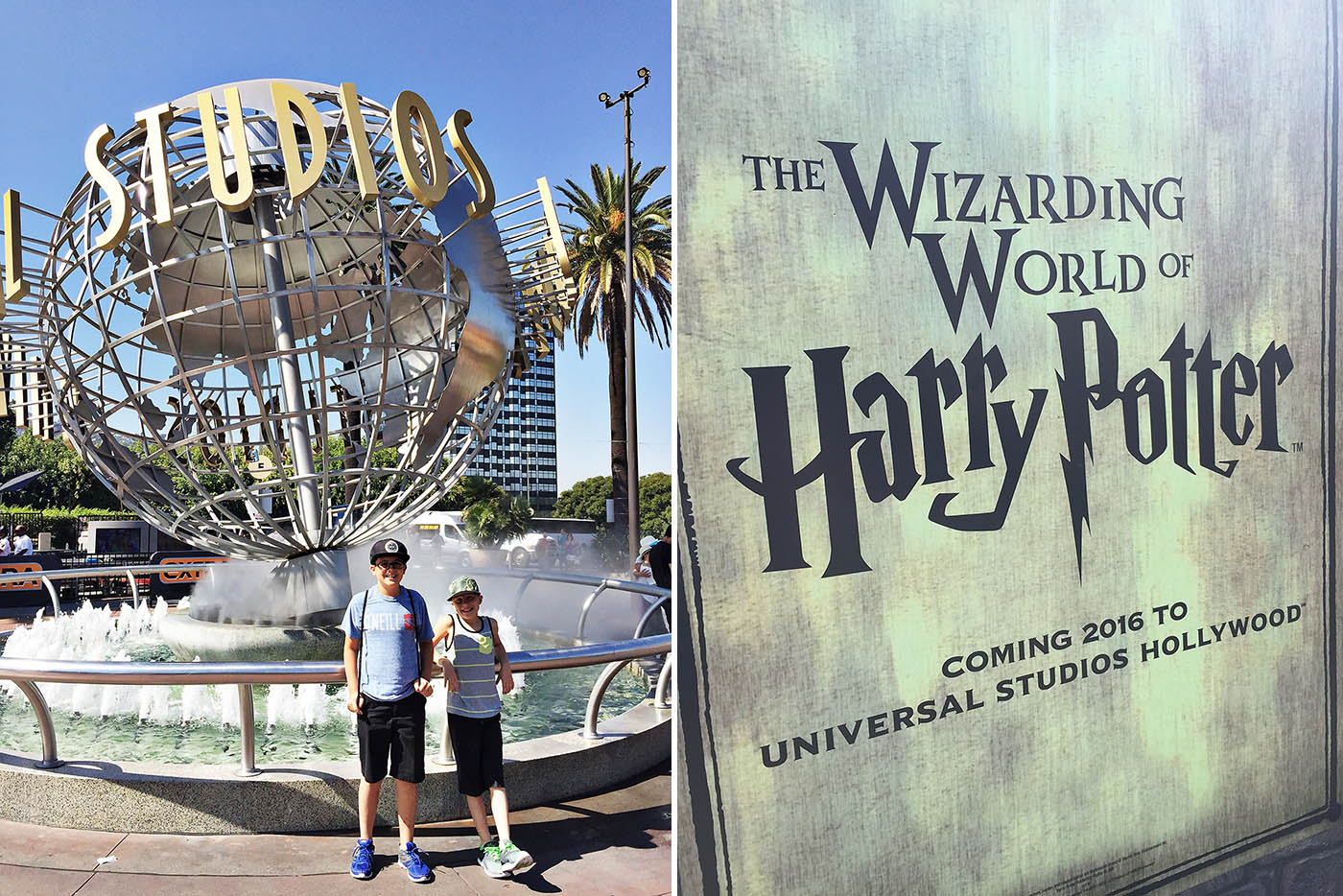 We honestly weren’t sure what to expect from our day but we were excited to see the new Despicable Me Minion Mayhem ride and I remembered loving the Studio Tour when I was a kid. 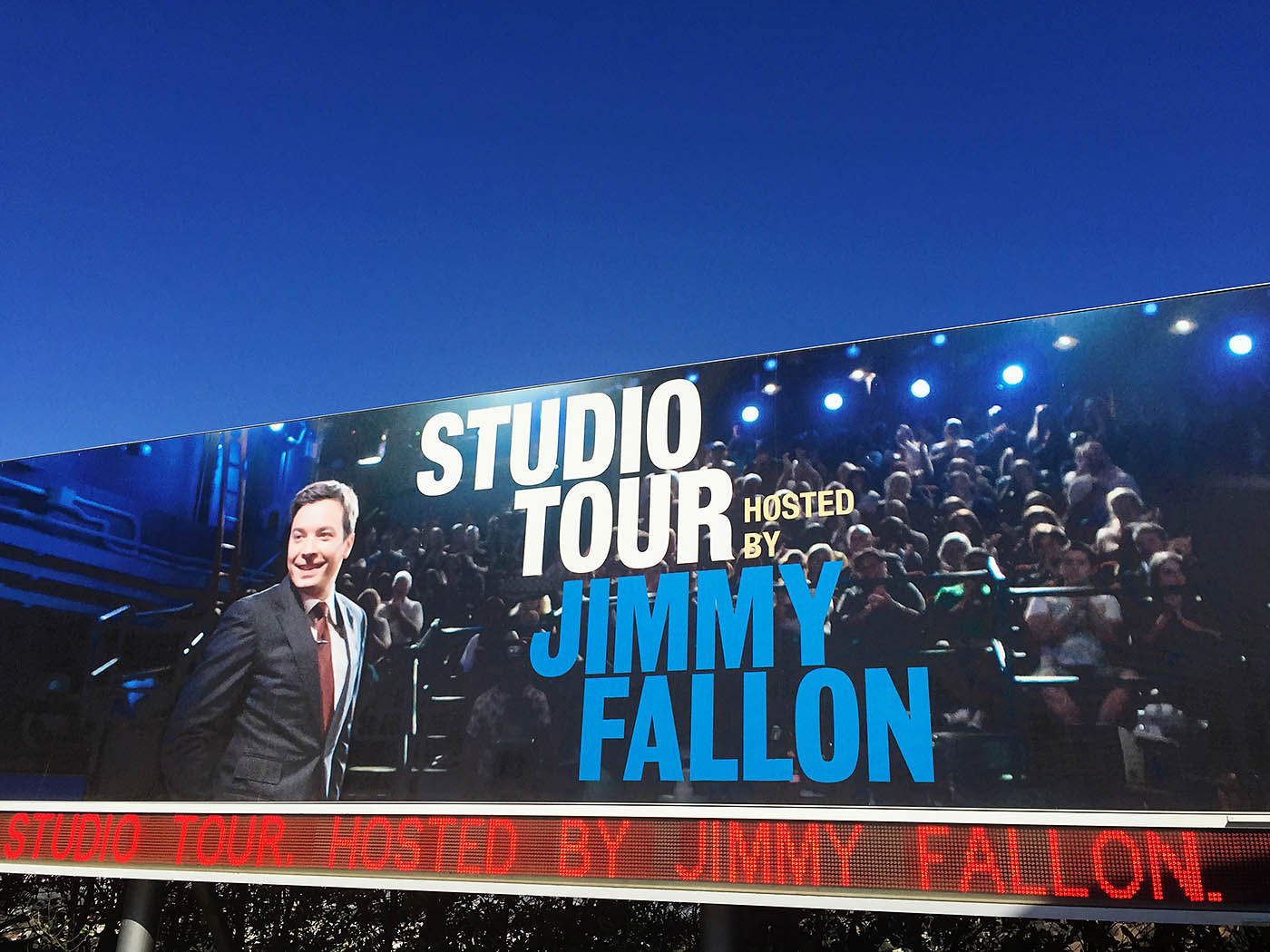 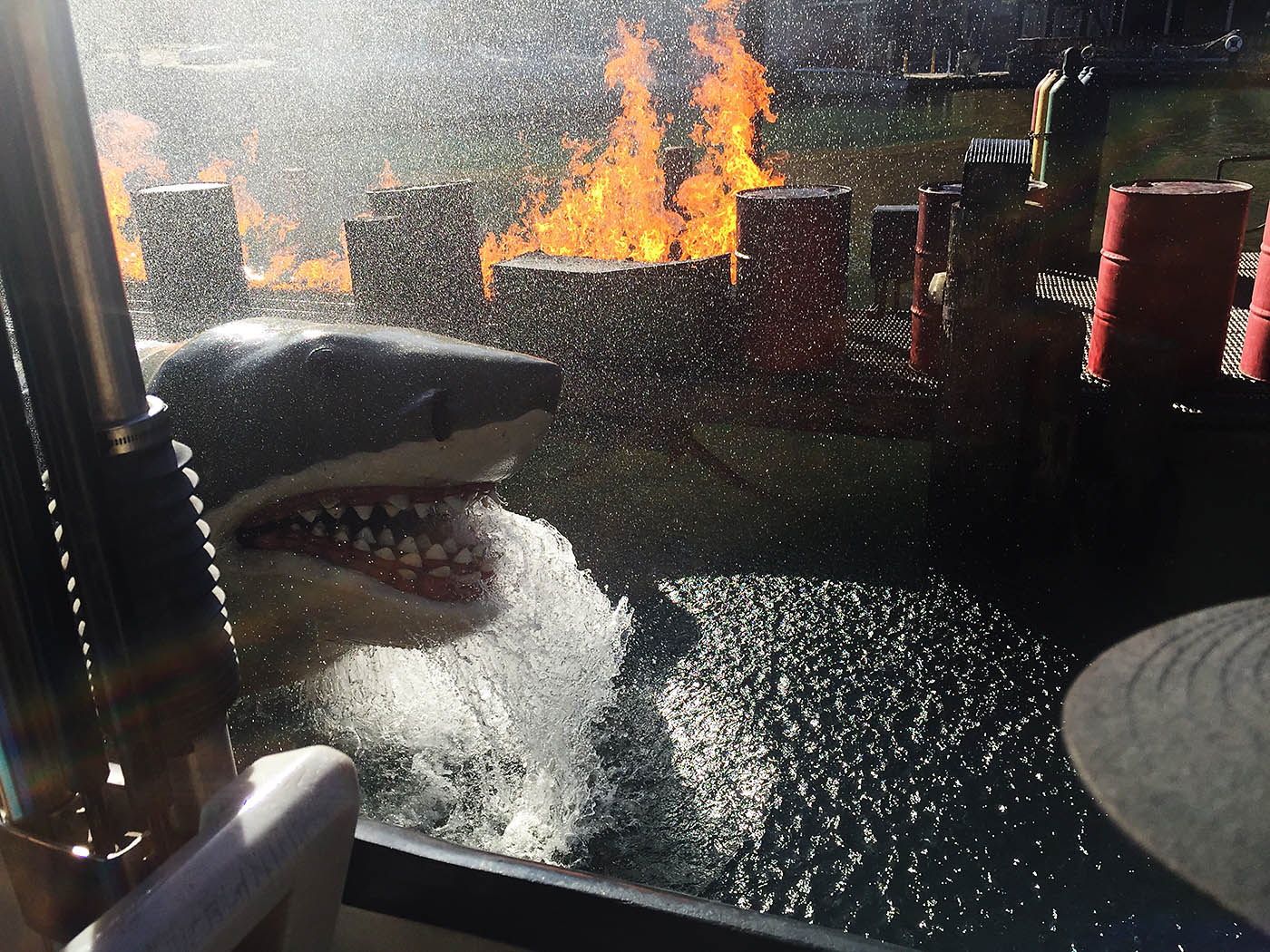 The attractions were SO cool – including the studio tour (which is even better than it used to be and not just because I love Jimmy Fallon). They really take the “Hollywood” special effects and add them to each ride so uniquely. Most of them have some sort of screen but mixed in with movement, sights, sound, smells, water, smoke etc. They really are such unique experiences! 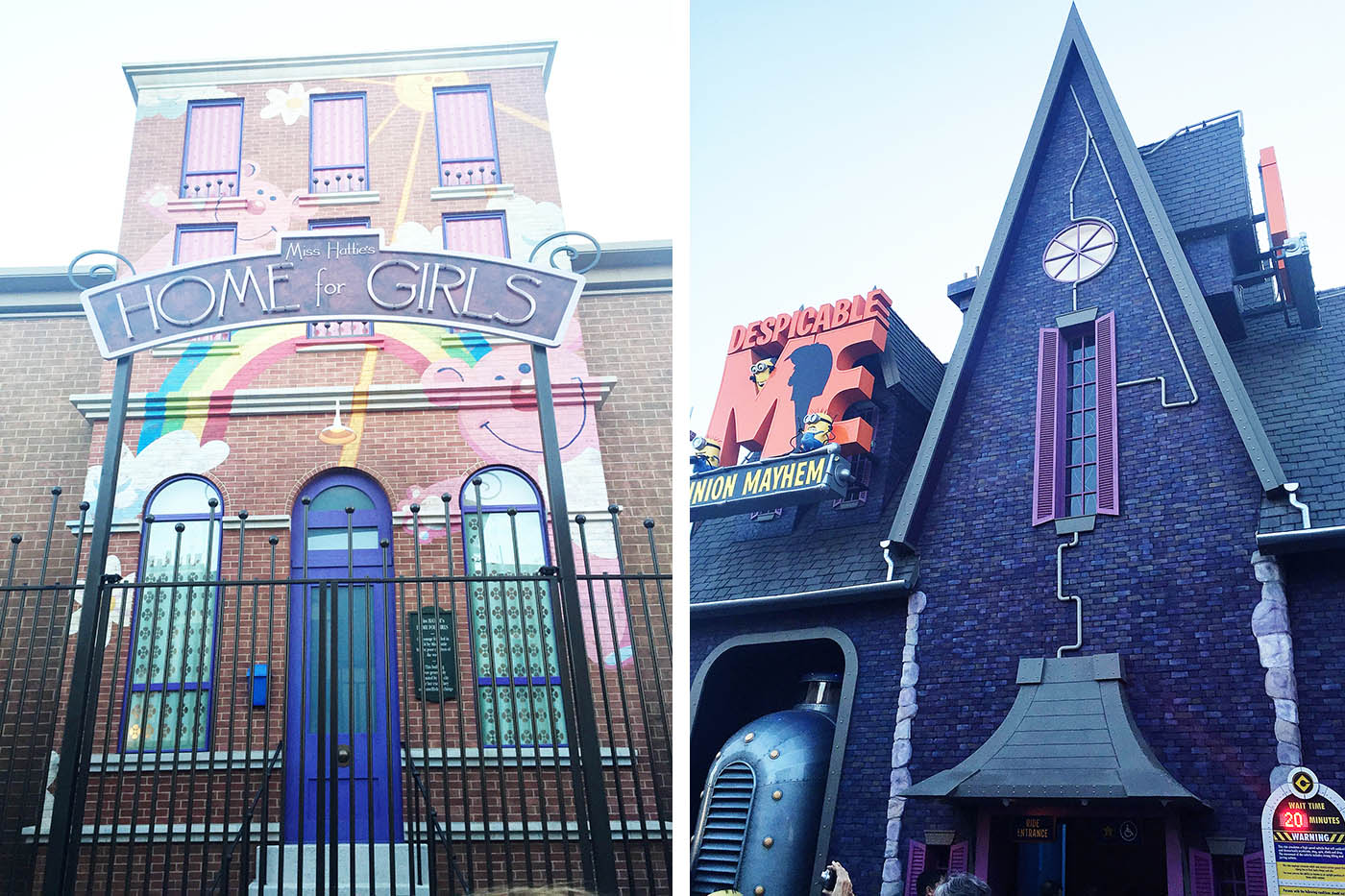 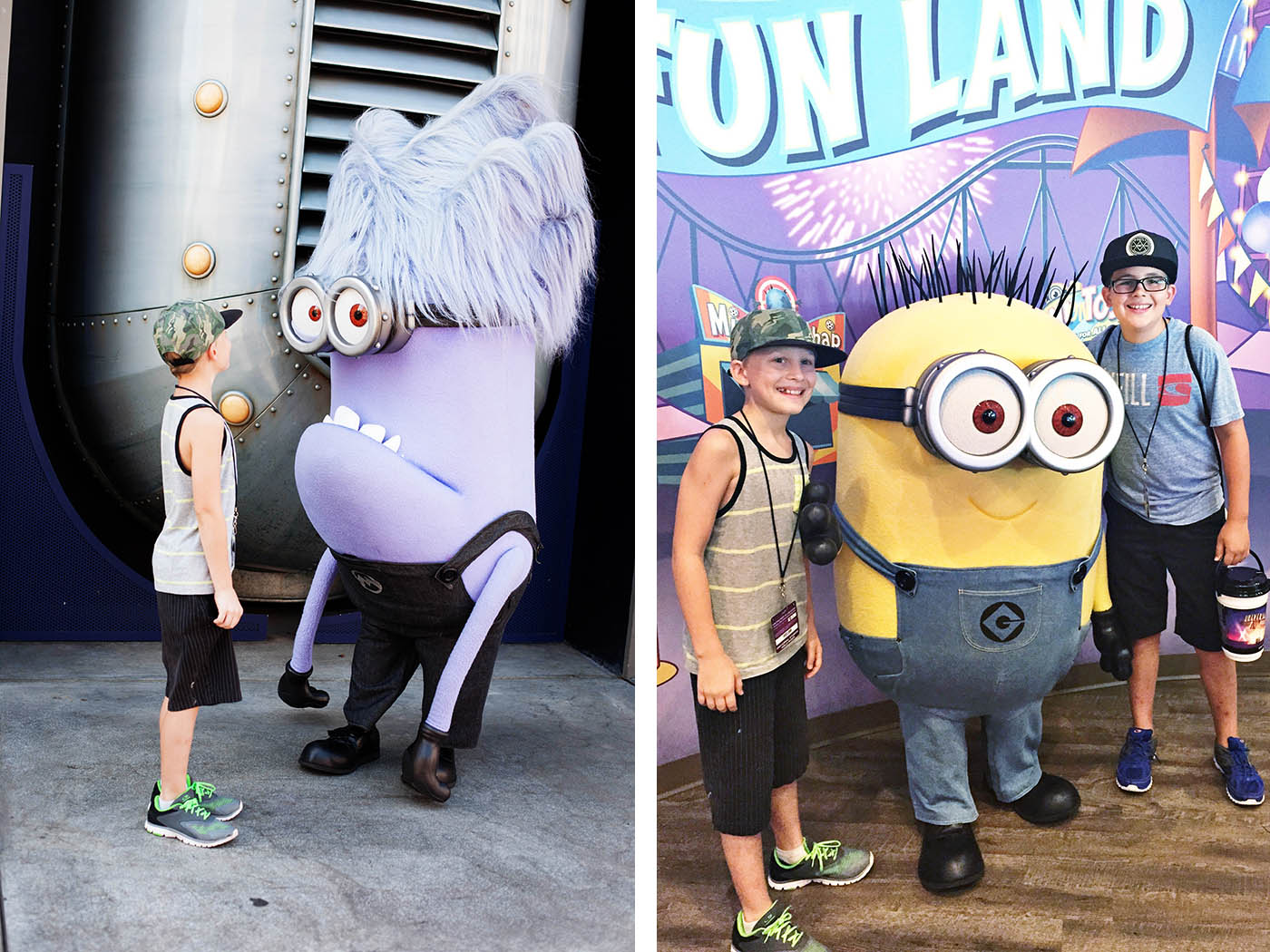 I have to say that not only the boys were excited to see Minions in real life. The ride was super fun and ranked at the top of our favorites – but who can resist a Minion?! 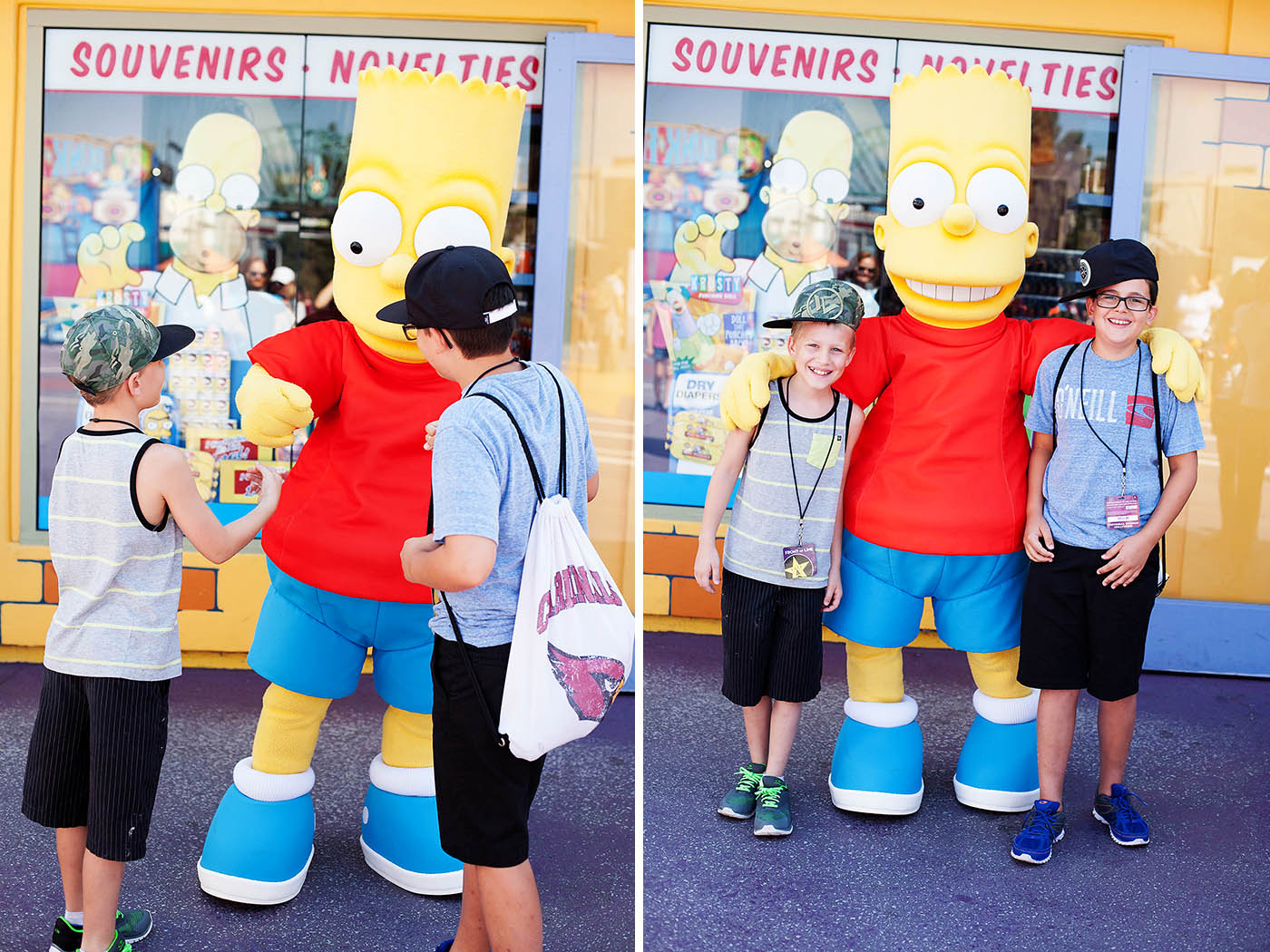 I think our #1 was the Transformers attraction/area though. To see one talk and move in real life was SO cool and that ride… We went on it twice! You seriously feel like you’re in a Transformer. 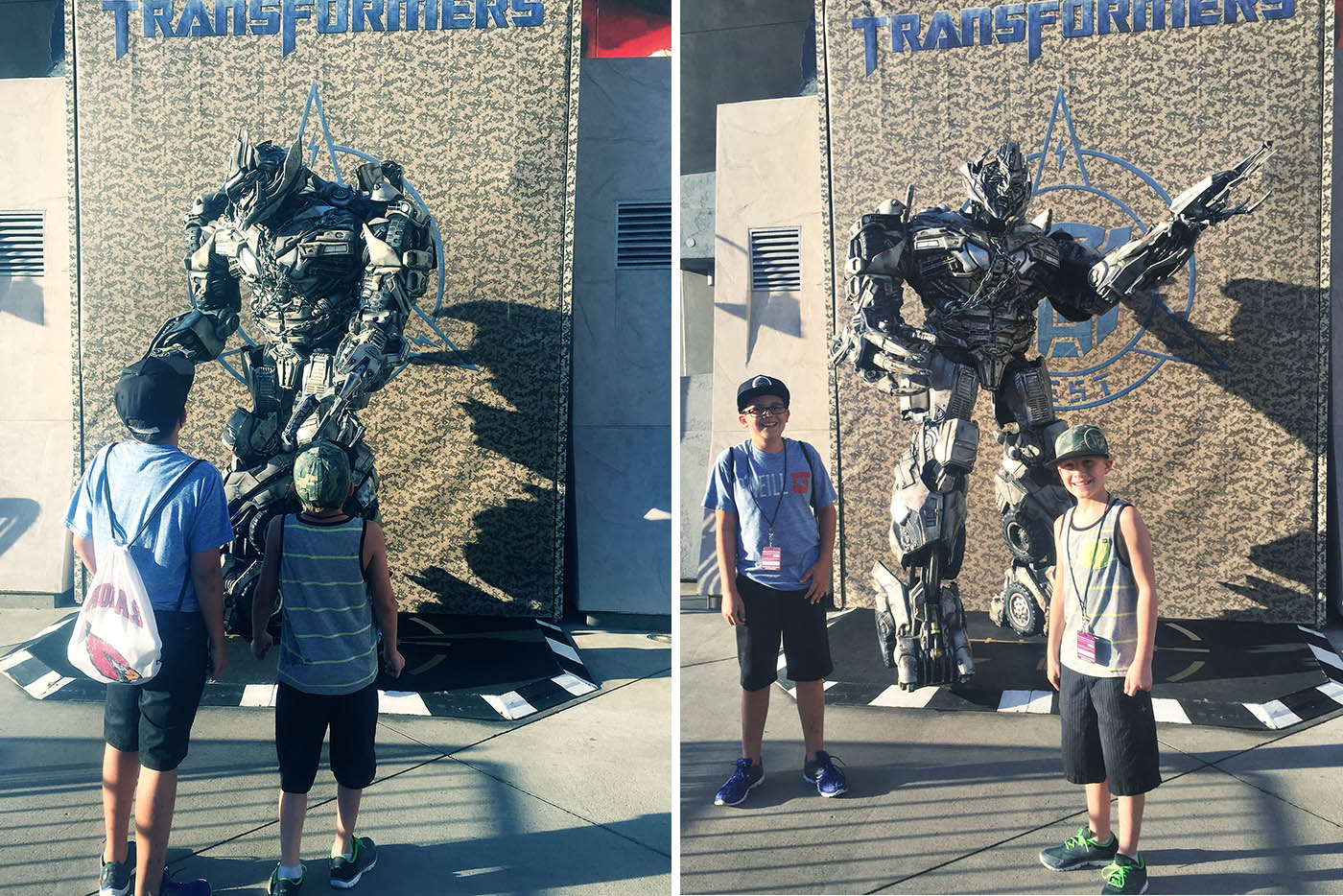 In addition to the rides/characters there are some pretty amazing shows as well. My 10 year old loved meeting animal stars at the end of the Animal Actors show. 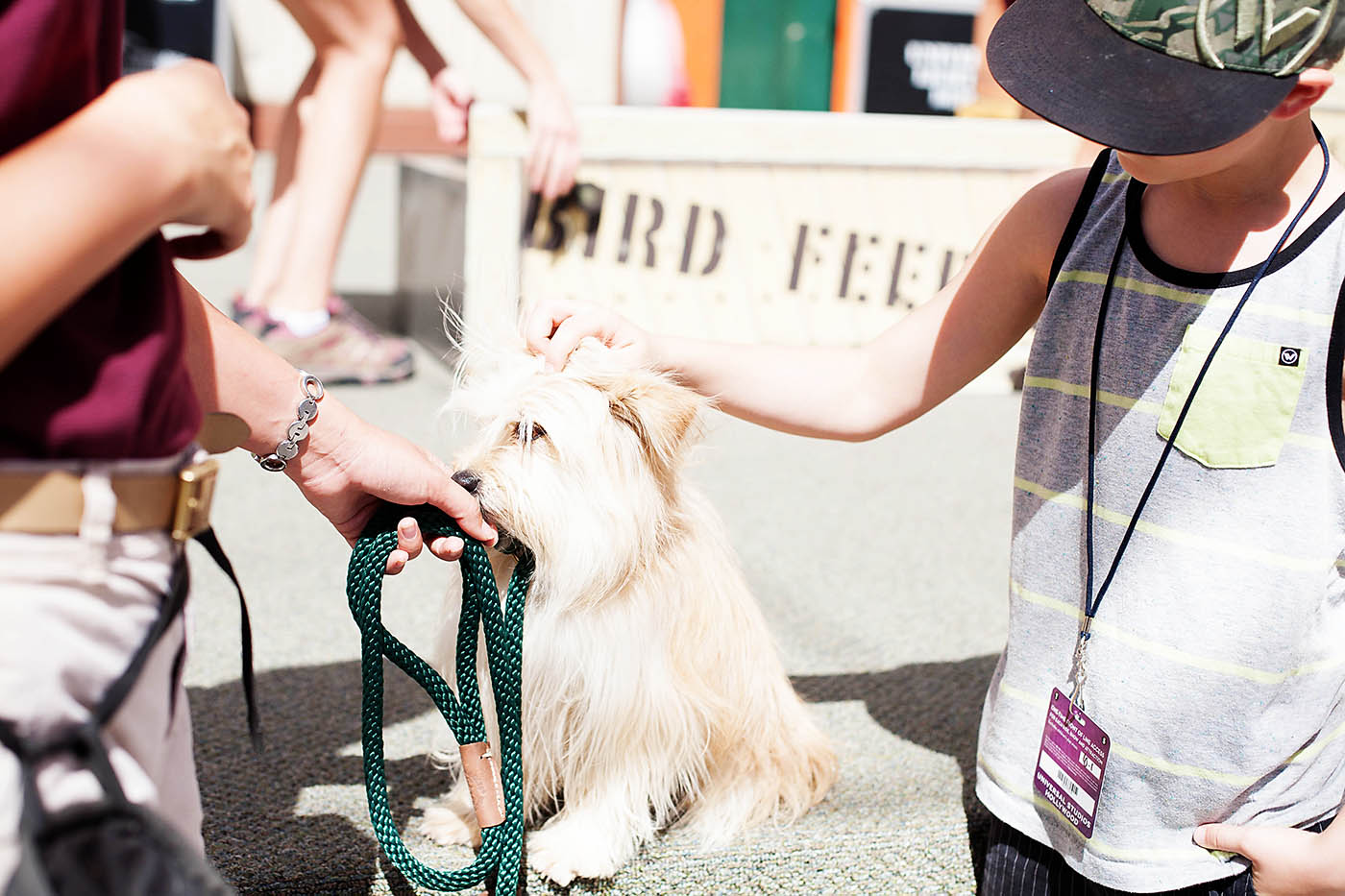 There is a lot more to take in at the park than I thought. Memorabilia, the shows and attractions definitely filled up our day! 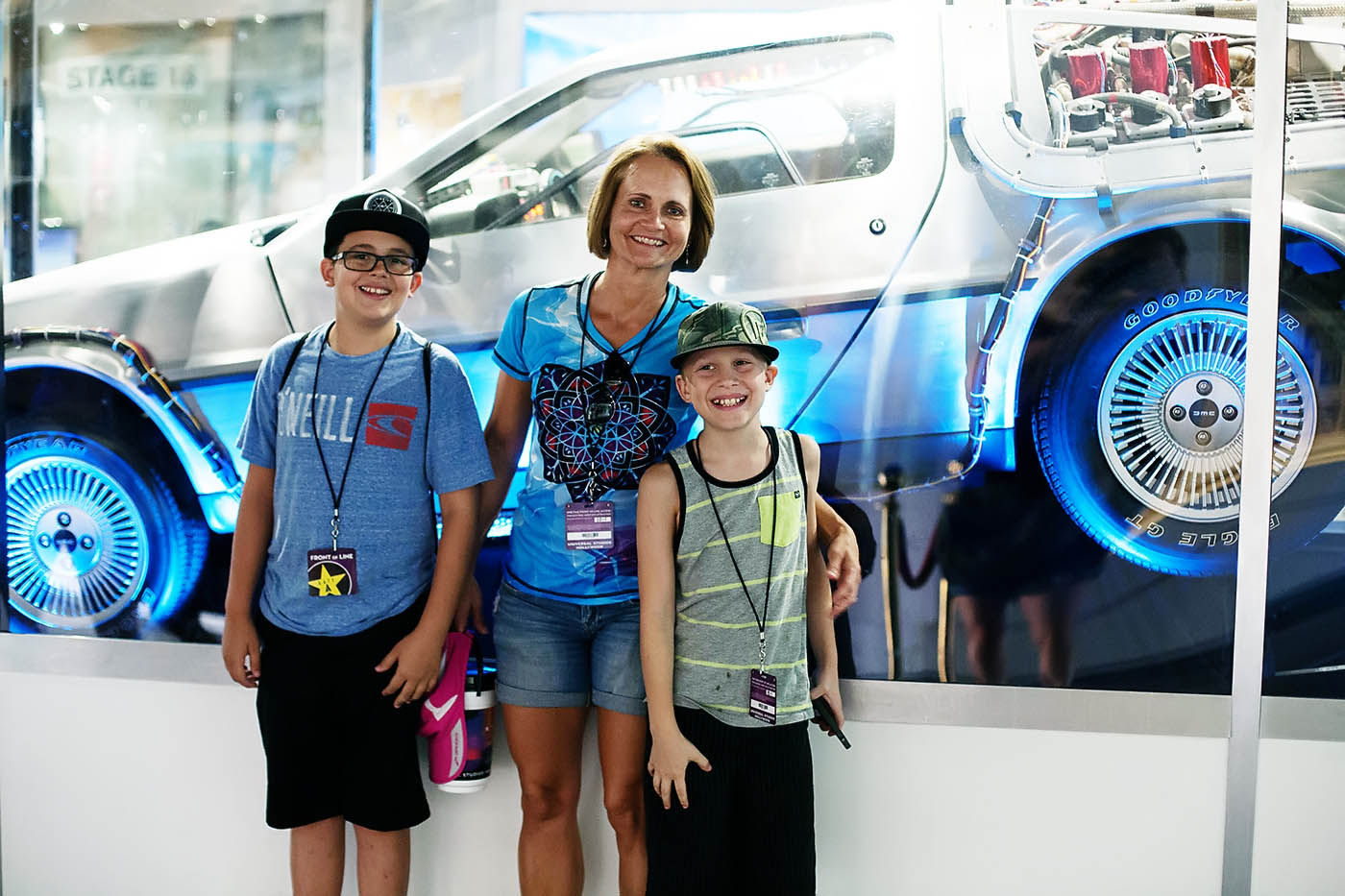 I feel like my boys were the PERFECT age for the park (so am I) but there was actually quite a bit that my friend’s son (who isn’t a fan of rides) took in and Super Silly Fun land is super cute for younger kids. My boys wanted to take the Studio Tour again but we ran out of time. We also didn’t get a chance to see all the shows so we’ll definitely be back. 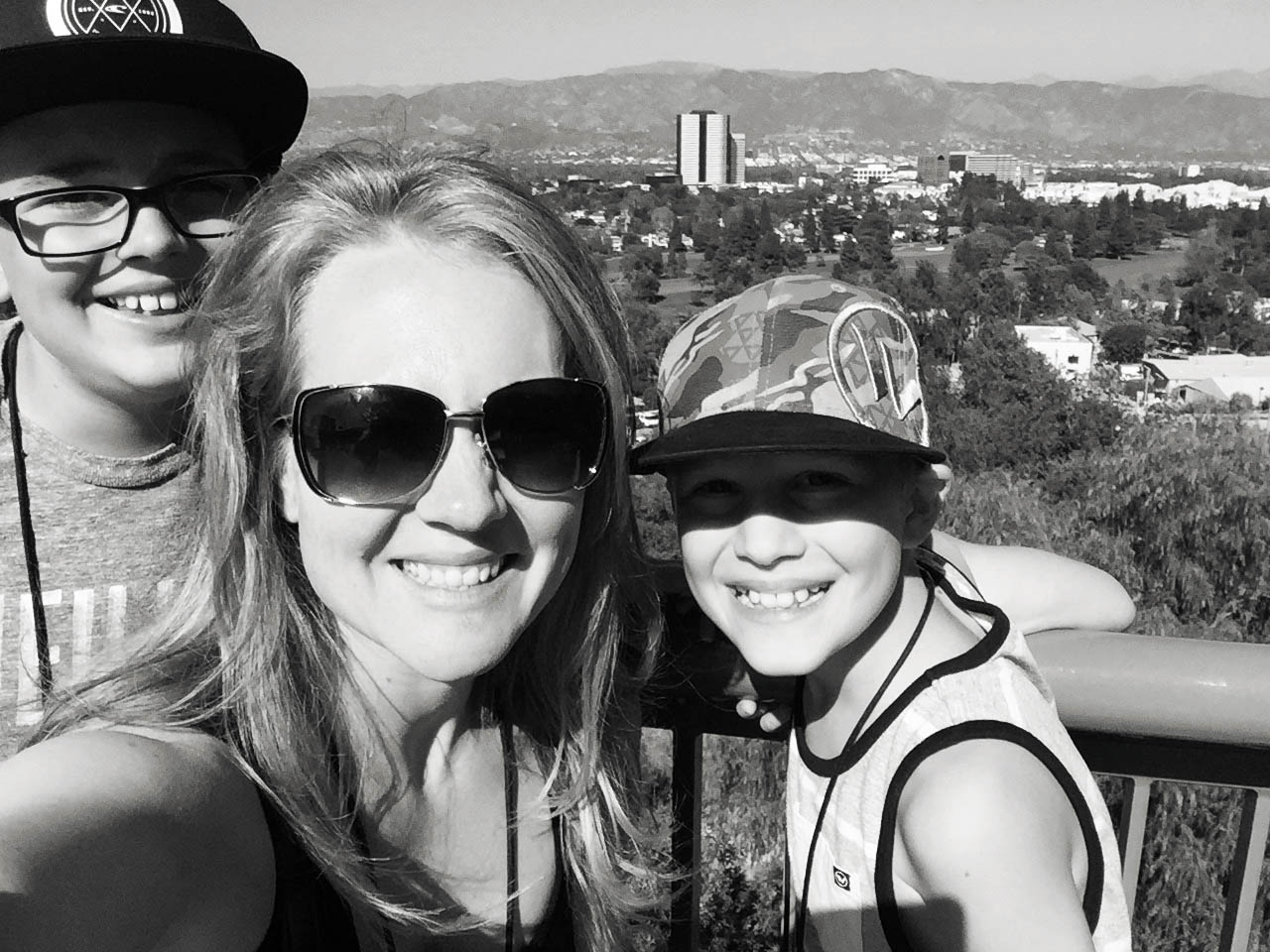 The CityWalk was a fun place to shop and sight see as well. Since we went during the week the park closed a little earlier so we had time to walk around/shop for a bit. 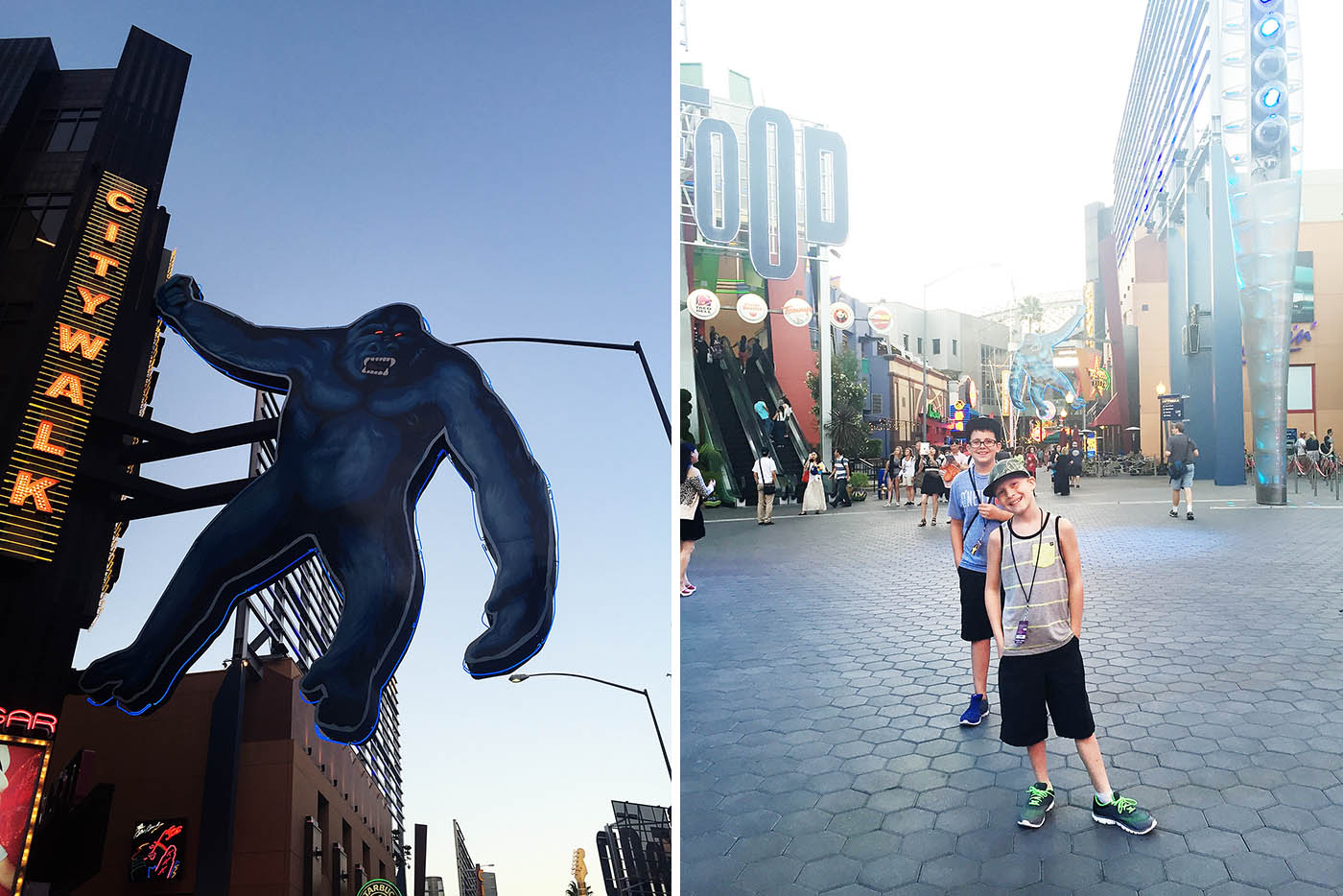 They are running a buy a day get 2015 free special right now so you could plan several days throughout next year to take it all in!

Have you ever been? What do you think you would like best?

(Disclosure: We attended as media guests but were not compensated to post. All opinions are our own.) 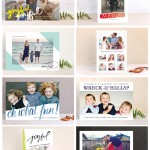 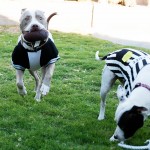 What do you want to see for the rest of the year?