If you have teens or tweens, chances are, they frequently watch YouTube. We watch it some too, and we have a few favorites. Ranging from video games, to theme parks, to animation, as well as others, here are our 10 favorite YouTubers, in no specific order.

Adamthewoo started out exploring long abandoned places, but has since transitioned most of his content to be travel based. He frequently visits cool museums, cheesy roadside attractions, and movie filming locations. He tops it all off with his quirky sense of humor.

Similar to AdamTheWoo, JustinScarred makes videos of his travels, but he tends to wind up at theme parks like Disneyland more often than not. He is a big fan of Route 66 and traveling, all while making videos on them.

Kevin Heimbach is a current Disney Cast Member and Disney College Program partaker. Not only are his videos interesting for people wanting to join it, but for anyone who enjoys Walt Disney World or theme parks and attractions. His videos are also enhanced by how funny he makes them with his jokes and fun editing.

Defunctland is the name of an experiment which is attempting to create a digital theme park only consisting of theme park rides and attractions that have been demolished. In the process, they’ve been releasing videos about the history of these rides. They’ve ranged from Disneyland in California, to rides in Thorpe Park in England. They really go in-depth with the history, and I really like the retro commercials they throw in there which makes the videos more fun.

James’ channel consists of his own animations, which tell stories of his life, his opinions, and skits. He does this all with a really good sense of humor, which makes his videos so entertaining.

Brave Wilderness is a great nature/wildlife educational channel, where Coyote Peterson travels the world and interacts with lots of different animals. He gets up close and personal with them, including venomous reptiles and insects, all to educate viewers about wildlife. His videos are super fun which makes it easy to learn about the world’s wildlife.

Best known for Kid Snippets, Bored Shorts TV is family run, and most of their content consists of adults mouthing what kids have said during their telling of a story. As you can guess, this results in lots of hilarious moments that only kids could make up.

Maybe the only real vloggers we actually like, the SHAYTARDS are just a big family living their life, which always includes their family shenanigans.

Chad’s channel consists of weird toy unboxings, retro safety videos, and unusual gaming moments. He reacts to it all with his own sense of humor.

All of DALLMYD’s videos are of him river diving, but what he finds each time always changes. While he cleans the rivers, he finds stuff like phones, cameras, and even firearms. His videos are extremely interesting, because of his mixture of wildlife clips, his finds, and him cleaning.

Hopefully we were able to help you find some more YouTubers to watch, and these are all some really good ones. We personally watch all of these, as they are great content creators and are all family friendly. 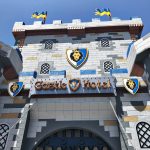 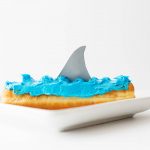