I was so excited that Dolby wanted to partner with us again – this time for The Jungle Book! Even though we were on vacation we found a Dolby Prime near us (we are near Washington DC this week) and got to see The Jungle Book opening weekend and in our favorite type of theater – Dolby Cinema at AMC Prime! Hurry and get yourself some tickets so you can see it this week! 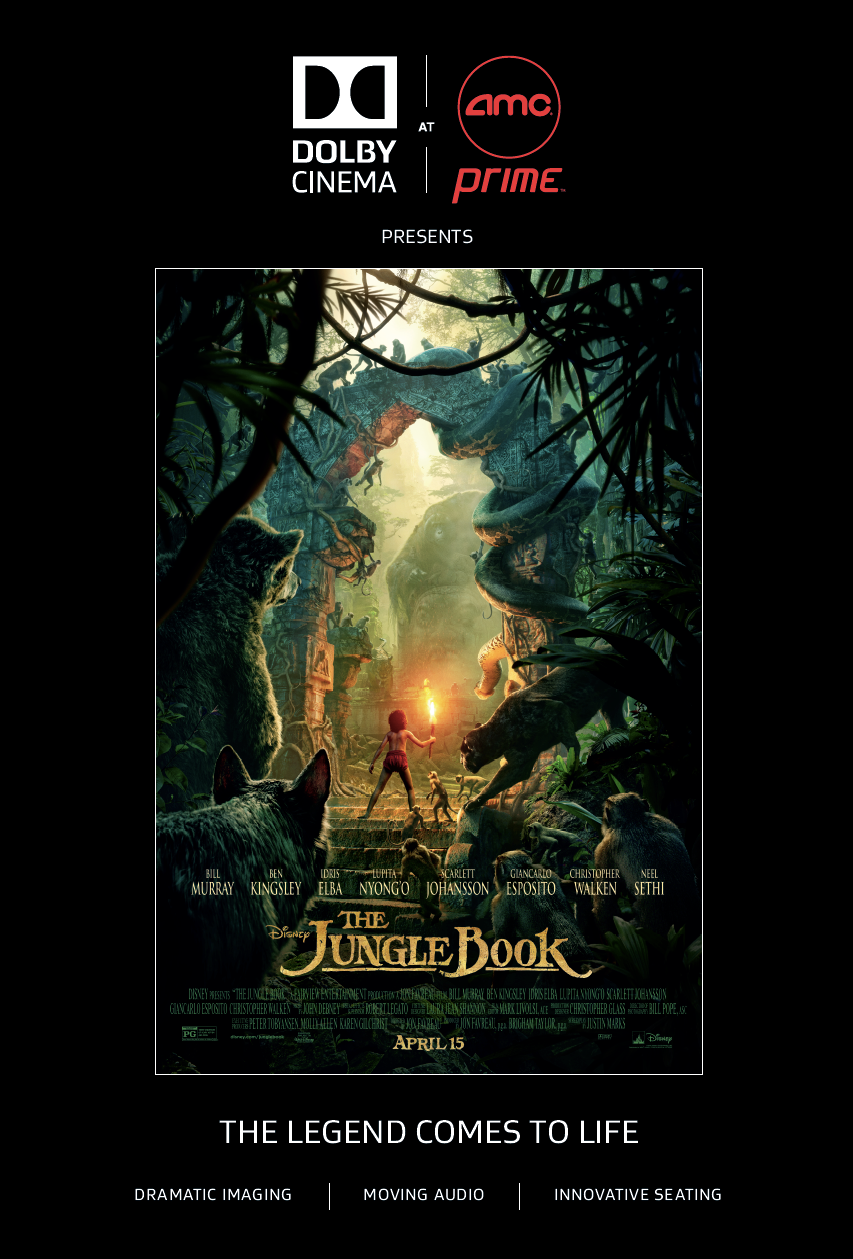 The Jungle Book is as beautiful as everyone is saying it is. The technology is truly amazing and seeing it in Dolby Cinema definitely does it justice! As a kid I picked up on the animated version being a little darker and this version has the same feel. King Louie was the boys’ favorites and they totally picked up on the vibe I used to get from him and turned him into this incredible (though a little creepy) character. It was done so well and without giving too much away has a beautiful storyline. There are a couple of jumping out scary parts but my kids would have loved it at a younger age I think. Check out some more in depth online reviews (I don’t want to give anything away) if you have sensitive kids. If you have older kids or want to go with other adult friends – definitely go!

So the big scene with King Louie was the boys’ favorite but probably because it was SO amazing in Dolby Cinema. If you’ve never been the seats rumble, the sound is incredible and the video quality is top notch.

Now that we’ve seen 2 of the latest films here I don’t think the family wants to see movies any other way! Reserved, reclining seats that interact with the film are just the beginning! 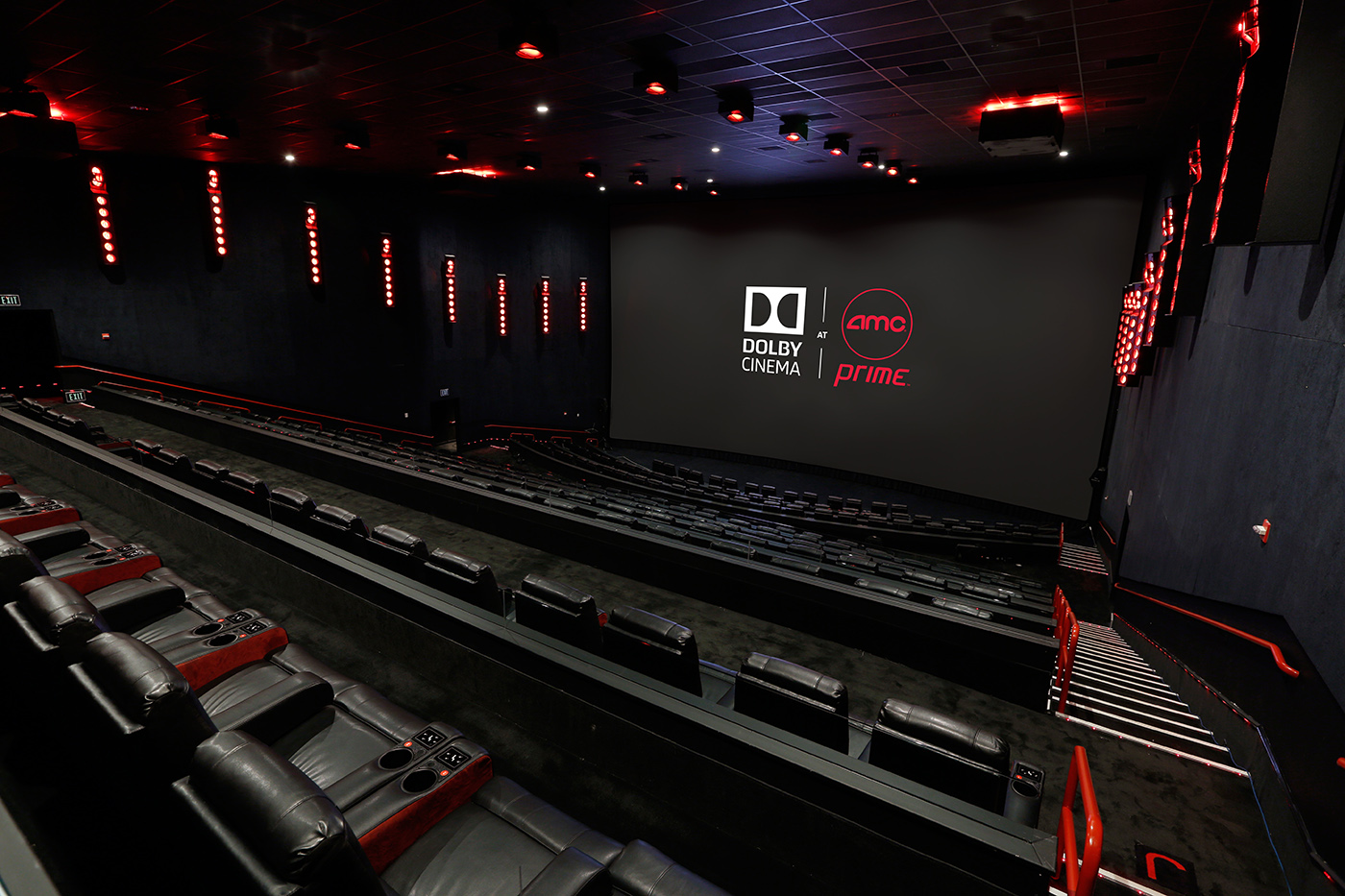 Here’s a little video from our visit – or you can check it out on our Facebook page.

We took a little break from exploring this morning and saw The Jungle Book in Dolby Cinema at AMC Prime in VA (along with our blog winners). At one point it was raining in the movie and it seriously sounded like it was raining all around us in the theater! The scene with King Louie was pretty crazy in Dolby Cinema!!

You’ll have to catch The Jungle Book soon if you want to see it this way. Here are the locations you can see it at:

We definitely recommend it and can’t wait to see it again!

Directed by Jon Favreau (“Iron Man”), based on Rudyard Kipling’s timeless stories and inspired by Disney’s classic animated film, “The Jungle Book” is an all-new live-action epic adventure about Mowgli (newcomer Neel Sethi), a man-cub who’s been raised by a family of wolves. But Mowgli finds he is no longer welcome in the jungle when fearsome tiger Shere Khan (voice of Idris Elba), who bears the scars of Man, promises to eliminate what he sees as a threat. Urged to abandon the only home he’s ever known, Mowgli embarks on a captivating journey of self-discovery, guided by panther-turned-stern mentor Bagheera (voice of Ben Kingsley), and the free-spirited bear Baloo (voice of Bill Murray). Along the way, Mowgli encounters jungle creatures who don’t exactly have his best interests at heart, including Kaa (voice of Scarlett Johansson), a python whose seductive voice and gaze hypnotizes the man-cub, and the smooth-talking King Louie (voice of Christopher Walken), who tries to coerce Mowgli into giving up the secret to the elusive and deadly red flower: fire. The all-star cast also includes Lupita Nyong’o as the voice of the fiercely protective mother wolf Raksha, and Giancarlo Esposito as the voice of wolf pack’s alpha male Akela. “The Jungle Book” seamlessly blends live-action with photorealistic CGI animals and environments, using up-to-the-minute technology and storytelling techniques to immerse audiences in an enchanting and lush world. The wild adventure swings into theaters in 3D on April 15, 2016. For more information, check out Disney.com/thejunglebook, like us on Facebook: https://www.facebook.com/DisneyJungleBook, and follow us on Twitter: https://twitter.com/thejunglebookand Instagram:  https://www.instagram.com/disneythejunglebook/. 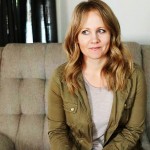 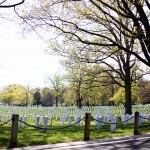 We’re Back from DC!