We’ve had our share of really fun, successful themed birthday parties. As the boys get older they have moved from super themed parties to more “hangouts”. Summer parties are tough because so many friends are off on vacation or just have different schedules while their parents are working so I texted all the moms ahead of time to come up with 1 date this month that would work for everyone and we found one! 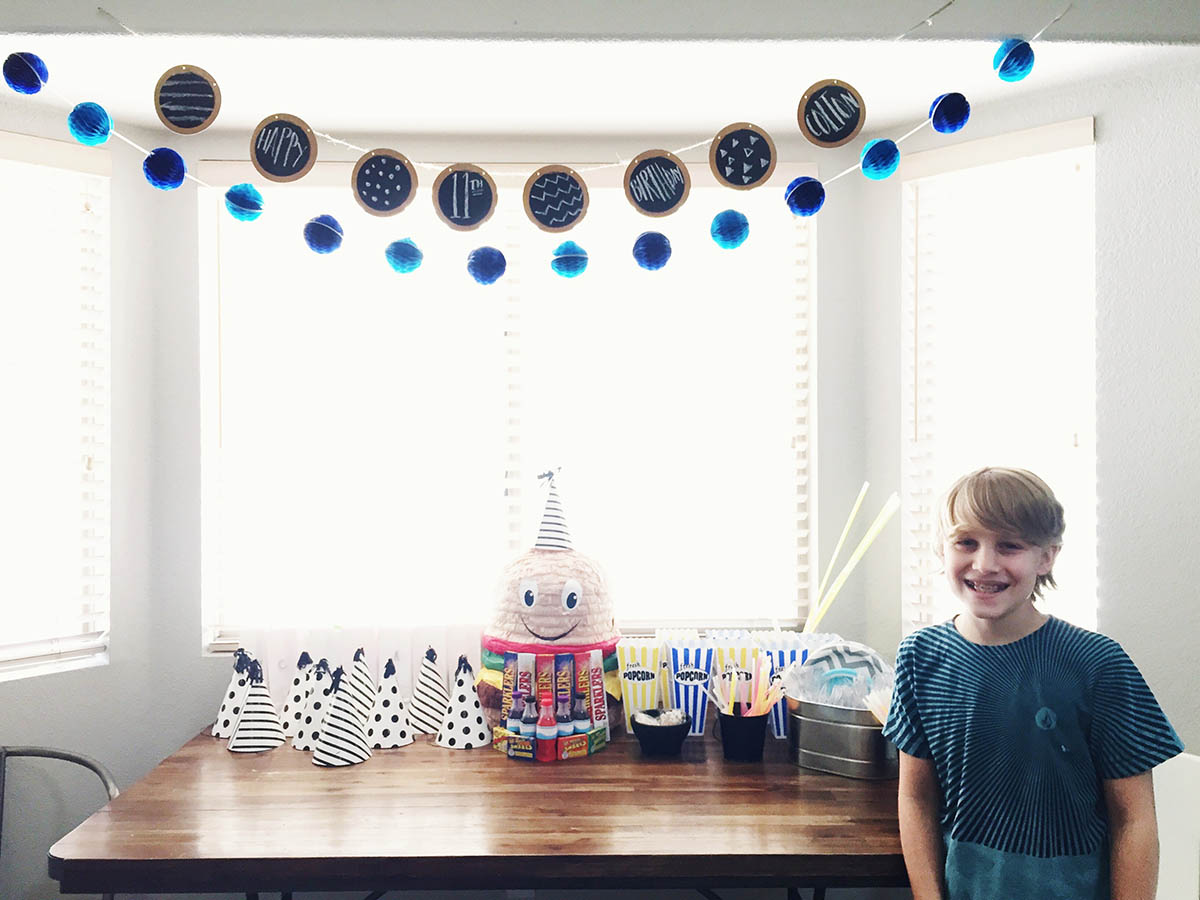 We went shopping the week of the party and I let my 11 year old loose in Target. I let him pick out whatever he thought would be fun for his party. He pulled together some interesting choices but was so excited about each and every one. A piñata, soda scented bubbles, sparklers, LOTS of glow sticks, popcorn buckets along with some different glow items, silly string and spray chalk paint from the dollar store for goodie bags. 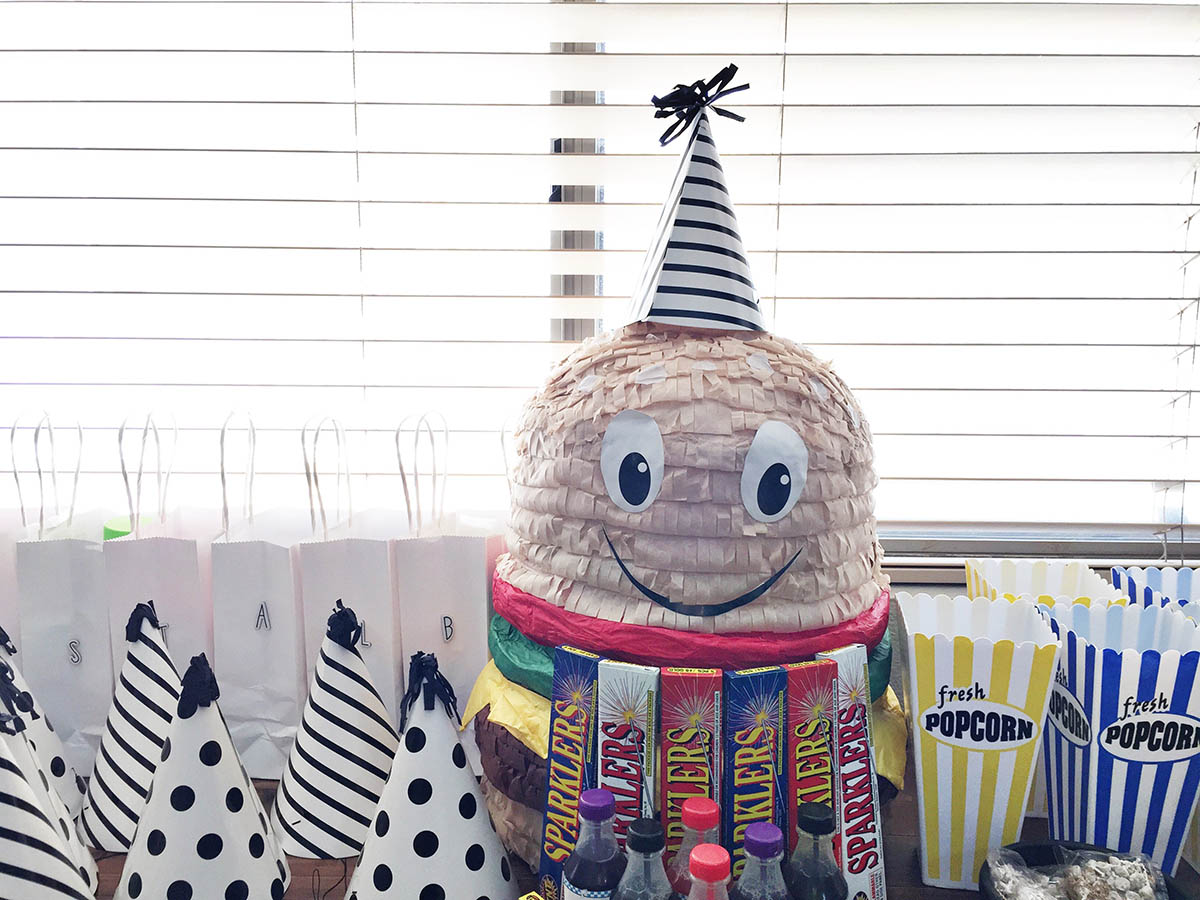 As his friends started to arrive they got out the Nerf guns from the garage and ran around in the front yard greeting each kid. When everyone was there they went straight for the pool. There were 7 kids total (my oldest was at his friend’s house). After we ate burgers, hot dogs, chips and watermelon (no photos of that it’s hard enough getting everything ready) it was time for cake which was also chosen by my kiddo.

He went with an ice cream sandwich cake (store bought ice cream sanwiches layered with Cool Whip and hot fudge and frozen) and let me tell you, it was a huge hit! Everyone loved it and it was super easy (and cheap) to make! 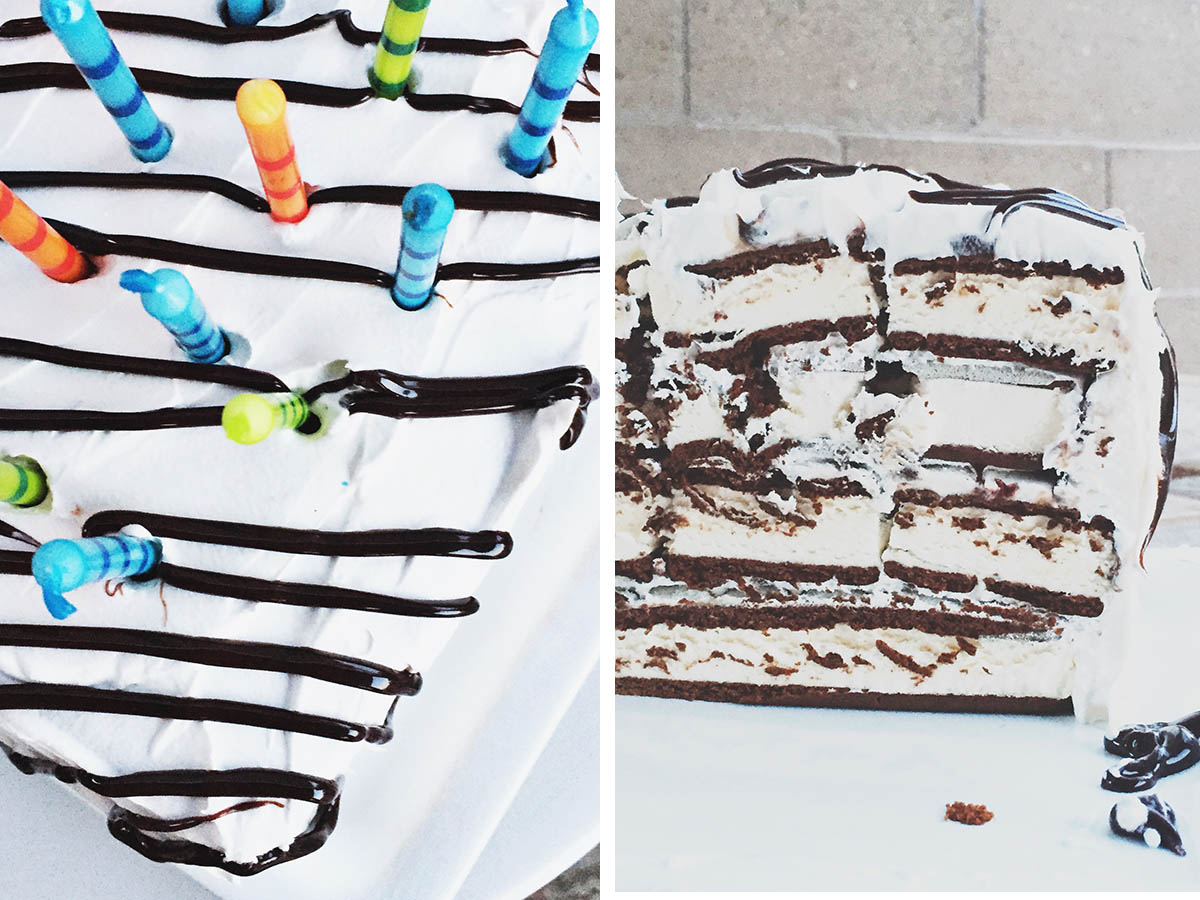 After cake they hit the piñata and went for the silly string war! 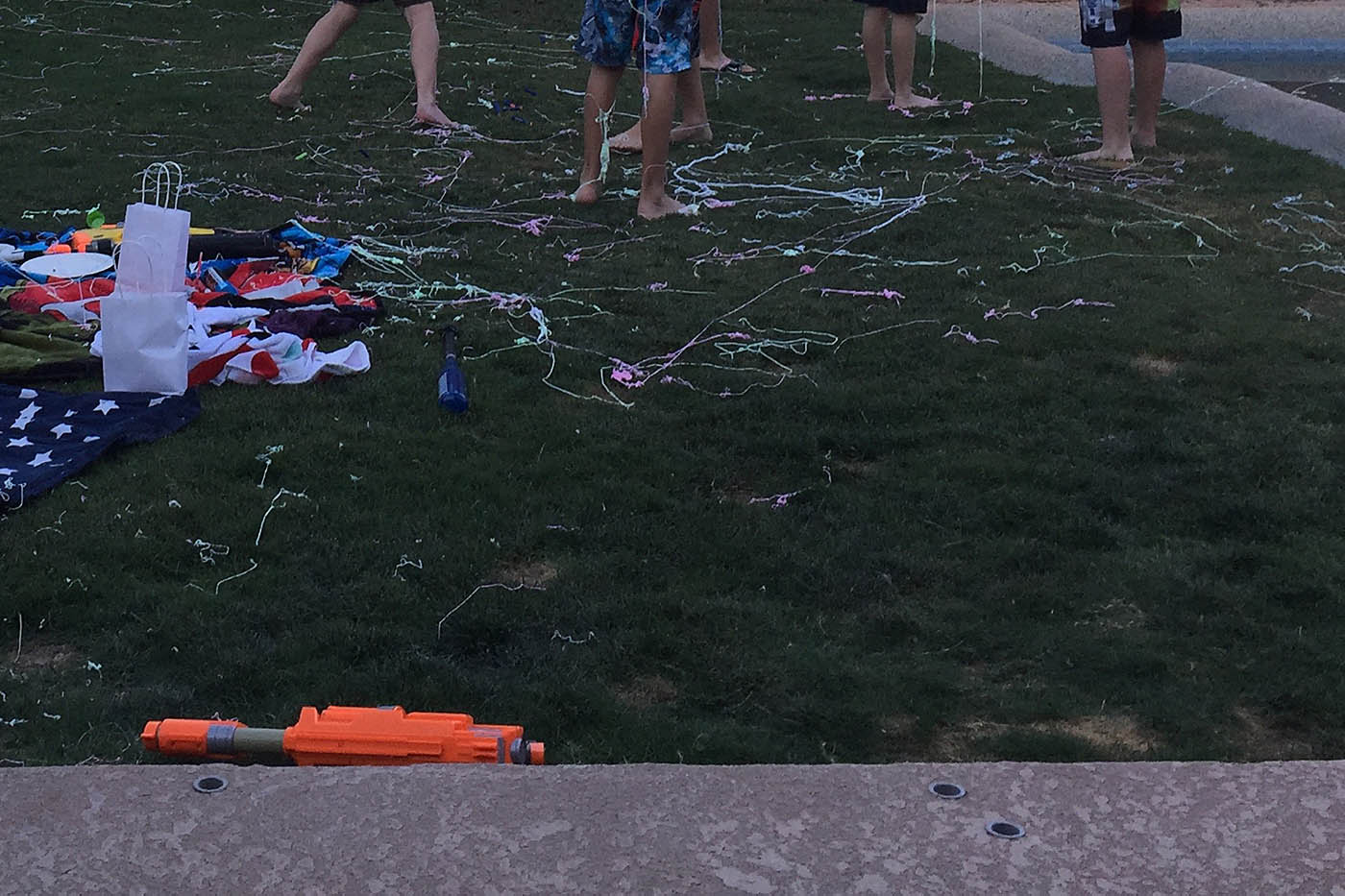 They swam some more and as it finally got dark enough we pulled out the sparklers, smoke bombs and pop its!

We had planned to pull out a movie or video games but they just wanted to swim and hang out so I activated all the glow sticks. 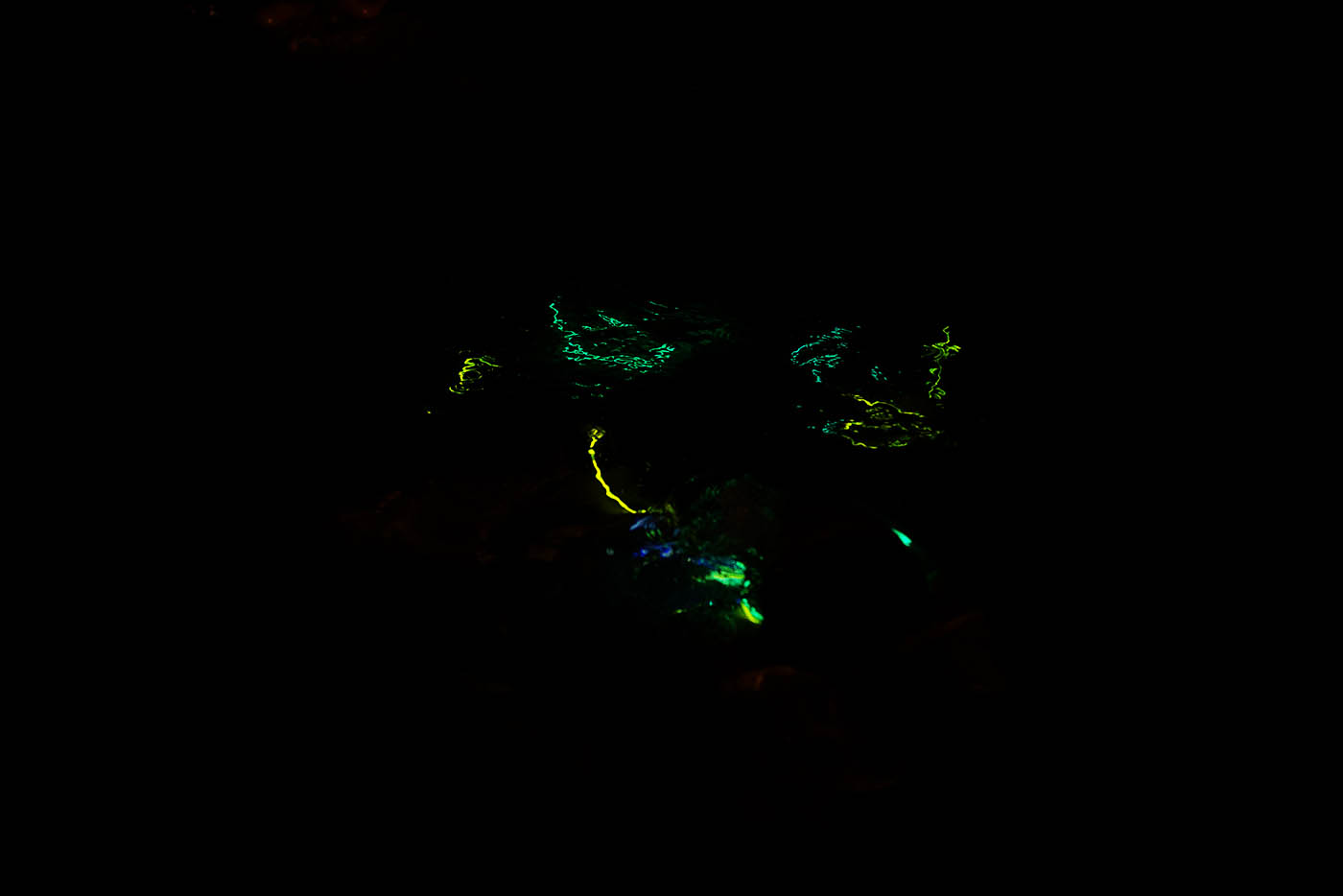 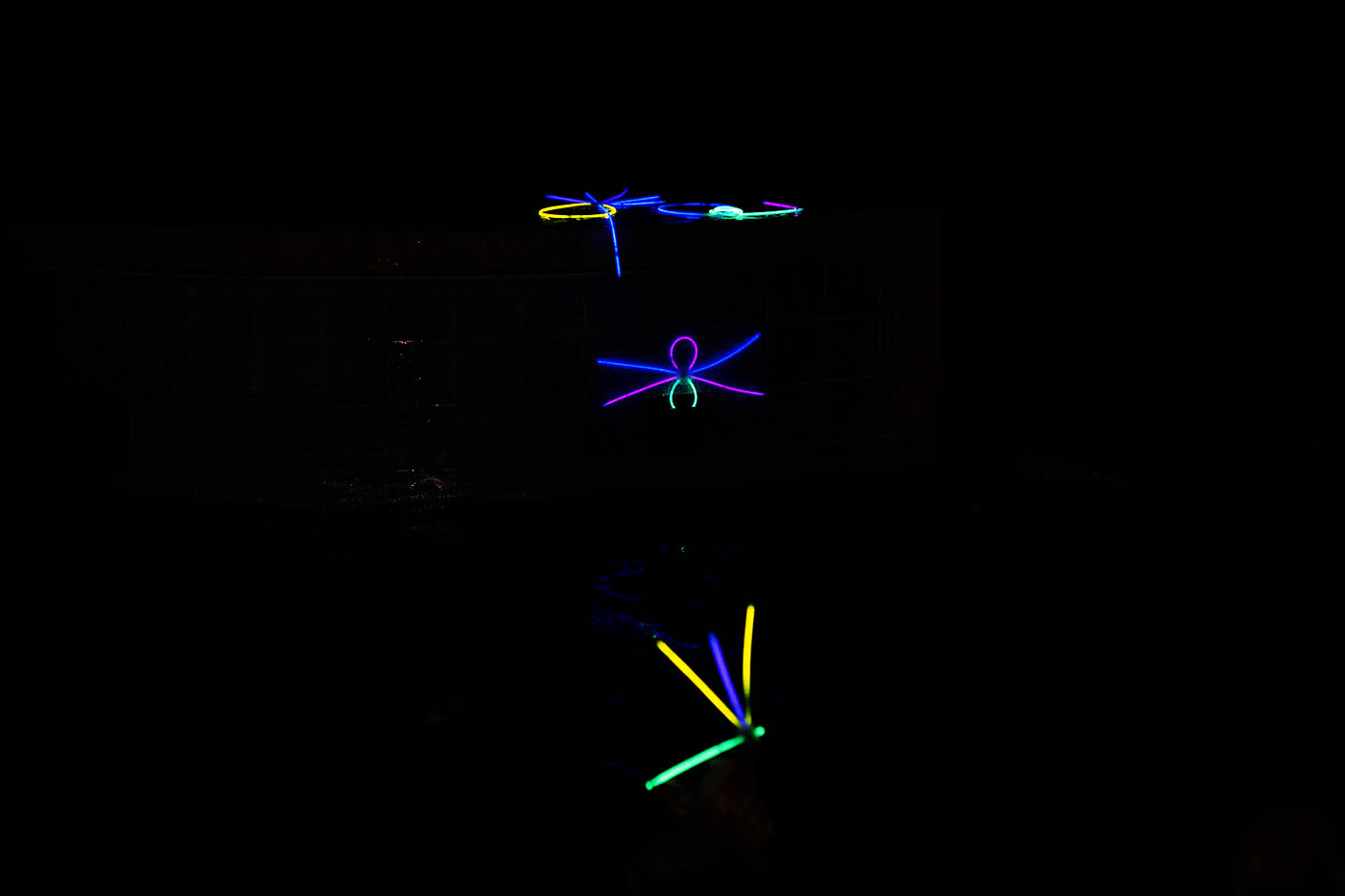 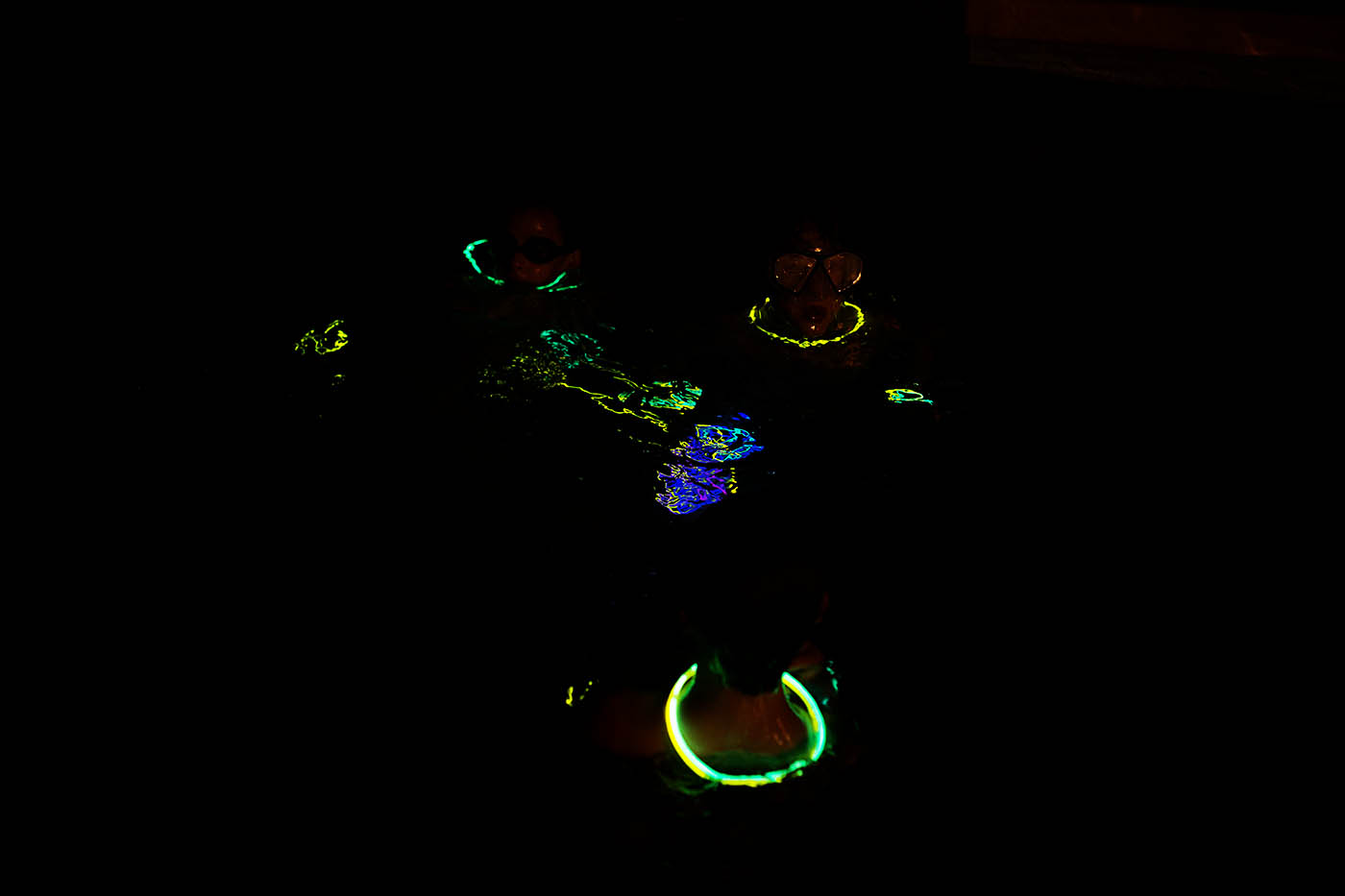 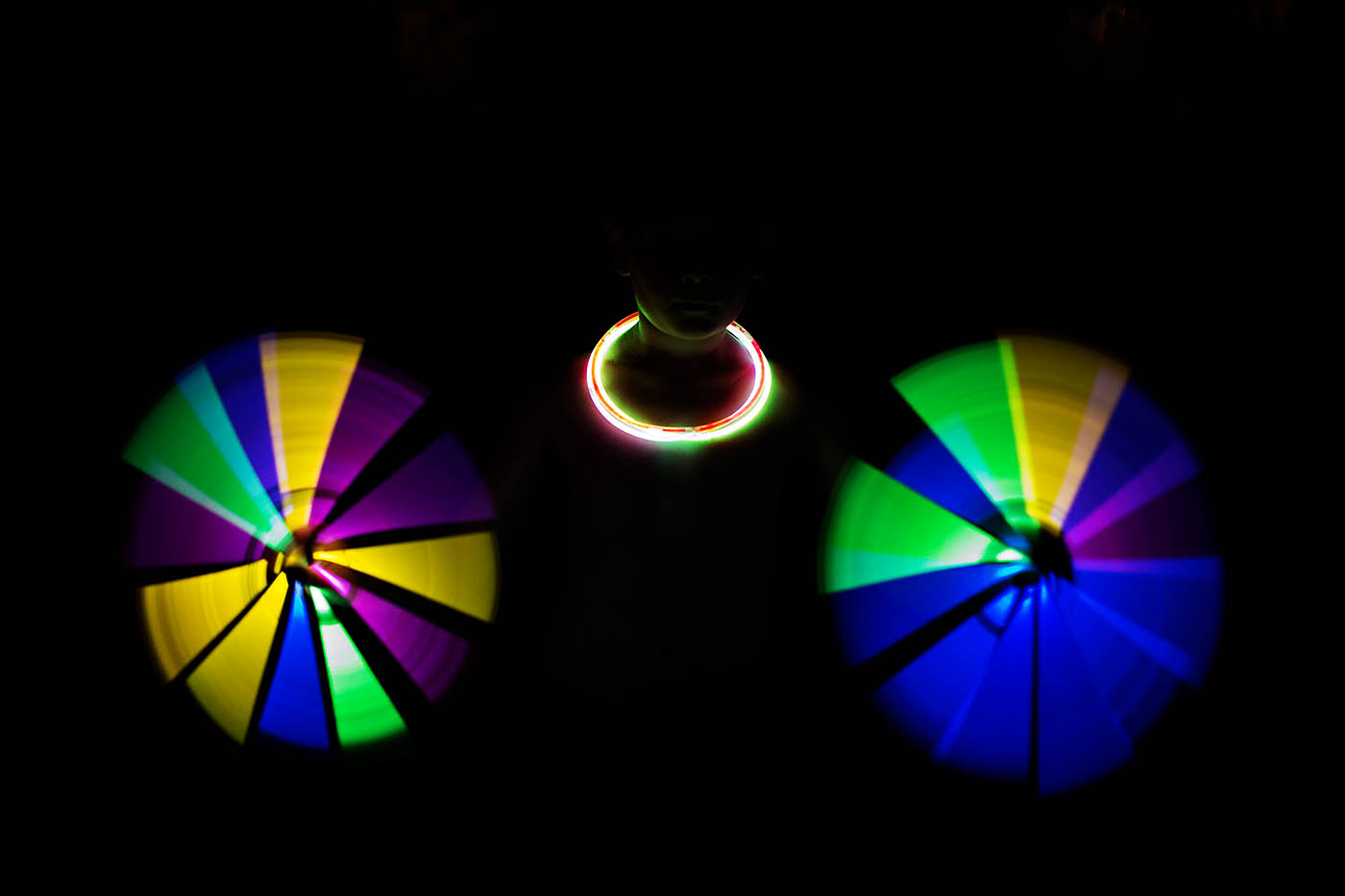 I let them play with the glow sticks in the pool as long as I could see everyone well enough then I suggested they play their game (capture the flag) in the house where there were more places to hide. Thankfully they thought that was a great idea so they dried off and took their glow games inside. They played some version of capture the flag and hide & go seek for a while as the parents started stopping by to pick up their kids.

The party was from 5-9pm and some were questioning if I wanted the kids for that long, but honestly they were SO easy and entertained the entire time. We didn’t get to movies or video games they just swam and played games they made up. 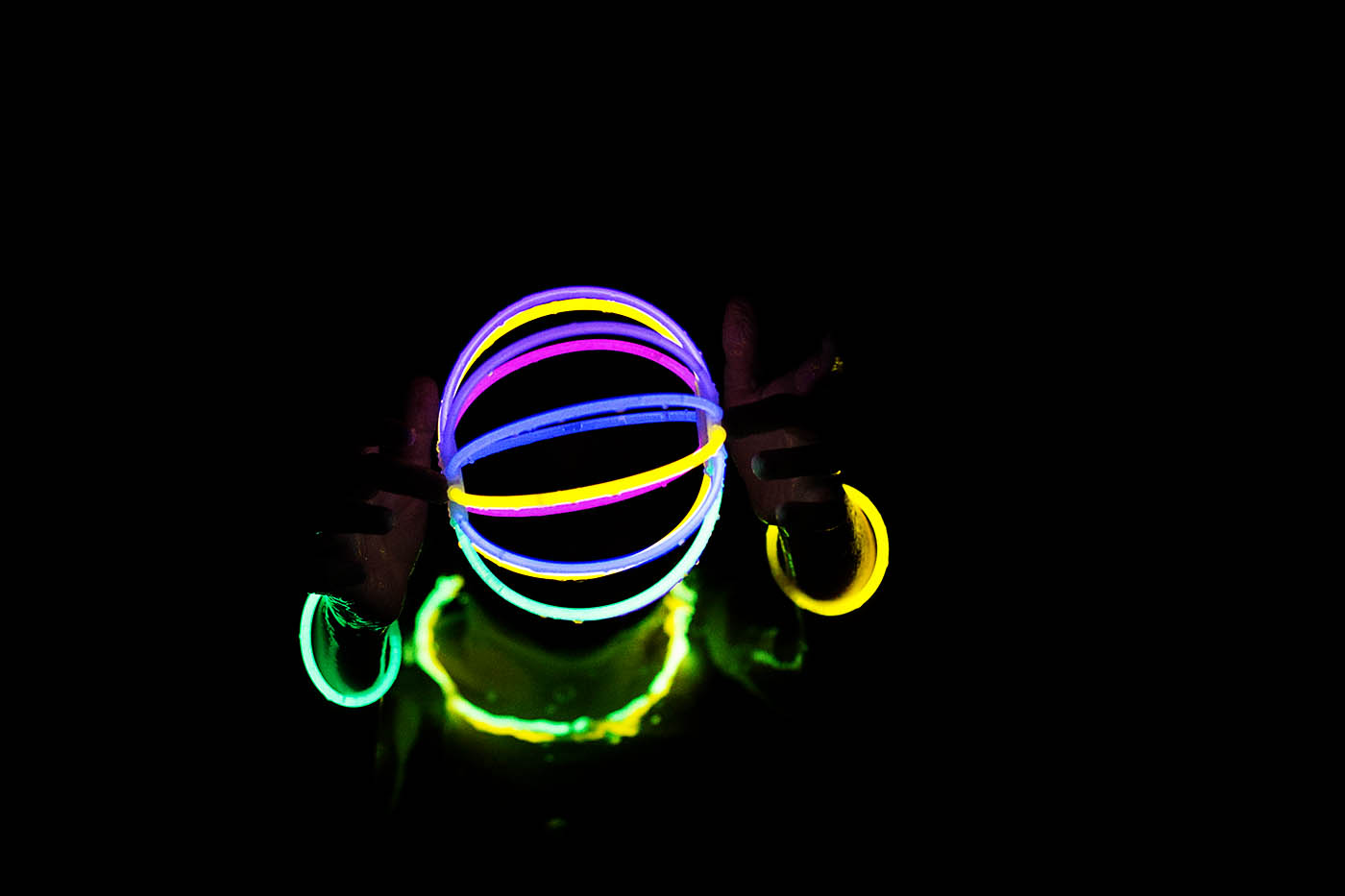 So if you’re stuck on birthday party ideas for your tween, might I suggest letting them do the planning themselves? A good ole’ fashioned pool party was the perfect choice for this year! 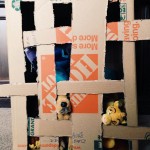 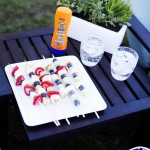 Poolside Snacks – On A Stick