For today’s #RogueOneEvent we’re talking to Riz Ahmed who is Bodhi Rook in Rogue One. Since we talked to him, Riz has been nominated for a Golden Globe AND a SAG award (he’s pretty awesome) how cool is that?!

Riz was so much fun to talk to, he obviously very much loves what he does. Sometimes these interviews are very question/answer but this one was very much a conversation which made it so fun to be there in person. Here’s a bit of what we talked about!

Can you tell us  about your character?

“So my character is called Bodhi Rook. And he actually works in the Empire.  He’s a cargo pilot.  And he’s from this planet called Jedha which is occupied by the Empire.  He’s just trying to earn a living.  The main employer in town.  The only show in town, really, is working for the Empire.  So he’s a cargo pilot.  The name Bodhi means awakening.  So he goes through a kind of awakening, and realizes that that’s not the way.  He’s got to try and stand up for what he believes in to make a difference.  So he takes a big risk and he defects from the Empire to try and help the rebels.”

Can you tell us a little bit about the relationship with all the actors and the cast?

“We ended up spending a lot of time together because it’s quite an ensemble film and story.  So it’s really about this kind of gang, you know.  It’s about myself and K2SO, Cassian, Jyn, Baze, and Chirrut. We’re like this little troop.  You know.  We spent a lot of time together closed off into sweaty space ships and we got to kind of keep each other alive, and awake, and we just cracked a lot of jokes.  We definitely had to make each other laugh, and keep each other’s energy up.  So it meant we bonded, for sure.  Definitely.”

What was the most difficult part about being a part of Star Wars?

“The difficult thing wasn’t so much of, like, oh my god, I’m in Star Wars, because that was a joyous thing.  That was something that was exciting and makes you want to work really hard.  If you love a job that’s not a bad thing.  The thing that was difficult is when I’m playing a character, I like to try and interview people who are close to that character. You can’t interview anyone who’s an Imperial cargo pilot.  None of them wanted to speak to me.  So I didn’t know what to and that’s confusing!  You don’t really know where the reference points are, where starting points are.  And in the end I realized that the reference point is the world that is around you.  When you turn up on set and they’ve built these mountains and space ships, and there’s alien creatures walking past you…The preparation doesn’t have to be in your head.  It’s, it’s right there in front of you.  And you just have to soak it up.  So that was quite a big exercise in, in letting go when I can be a bit of a preparation freak.”

So what character traits, if any, do you share with your character?

“I’d like to think that he’s quite a relatable character for a lot of people.  He’s just an everyman, and average Joe.  He finds himself in a crazy situation.  He’s not like Cassian, who’s a rebel spy.  He’s not like Baze who’s kind of a hardened assassin, or Jyn, who’s this kind of criminal rebel.  He’s just like a truck driver, basically.  And he finds himself in the middle of this crazy intergalactic heist movie.  He freaks out a little bit!  So I think I’d freak out in that kind of situation.  I think most of us would.  So hopefully that’s kind of relatable.”

What physical training did you have to have for this movie?

“I think the issue  really is that my character isn’t a soldier.  So he’s not, like, super physically fit.  He needs to look like when he’s running through a war zone with a 50 kilo backpack on him, he’s out of breath, and it’s difficult.  So yeah.  My preparation was to get really out of shape.  And just kick back.  A lot of Netflix and donuts. That was my preparation.”

Three words to describe your character?

Given the fact that your character was an Imperial pilot, we saw in the trailer that you essentially name the team.  Rogue One.  So without telling us too much about that moment what would you say is the impact on your character that he was the one that,  named the team?

“Well, I can tell you about filming the scene.  It was the last day of shooting, in the reshoots.  So this is the very, very, very last day of shooting. That wasn’t one of the lines that was scheduled for the day or anything. It wasn’t, like, I got to read the scrip and was, like, yes!  I get to name the team in scene hundred. It just happened. A lot of the film is kinda took shape like that.  It evolved.   My character just started out as a totally different character with a different name.  With a different job.  With a different relationship to the other characters.  Comes into the story a different time, and by the end, it was just totally different guy.

I think that’s kind of cool, you know?  When you do these big movies, there’s a lot of people think that it’s maybe quite stiff and everything has to be planned out beforehand.  Actually, is kind of the opposite.  Least with these guys.  They’re willing to move around as much as they have to to make things work.”

How did you come two work on Star Wars?

“The way I got this role is finally enough because, you know, Gareth comes from a British independent filmmaking so we were kind of on that same circuit of really low budget, British films.  So he called me up, asked me to audition.  But he made the mistake of giving me his email address. So, I  emailed him one version of the scene.  And then a few hours later, I had another idea, and I sent him another version. And then I did that again.  The next morning I didn’t have a reply, so I thought, oh!  I should maybe send him some more!  So in four days I sent him 12 takes.

He finally wrote me back, and he said… Hey Riz.  Just wanted to say please don’t email me any more.  I’ve got your auditions.  Thank you.  So I was, like, oh man!  I screwed it up!  And then he then called me, like, a month later when I assumed I’ve screwed it up, to say yeah come and do this.  But I was just glad it wasn’t his lawyers calling me to take out a restraining order.

I guess I can be kind of obsessive with, with my work.  Luckily this time it didn’t cost me a job.”

Did he ever tell you which take it was that convinced him?

“He said it was the first one.”

What big differences were there coming from independent films to a big budget film like this?

“It’s a lot of differences in terms of scale.   I remember turning up on the first day of shooting, and cranes were carrying palm trees, and inserting them into the ground.  We were in a field in Buckinghamshire in England.  There’s a hundred, two hundred stormtroopers stood around and everything about that is surreal.  It’s the stuff you play acted as a kid.  It’s remarkable how much is the same.  In terms of just being surrounded by a bunch of people who really care about their work, and they’re just working really hard. I’ve heard a lot of stories that, like, on these bigger blockbuster movies, people are there just for the money.  They don’t care.  Maybe that is true for some of these films, but for this movie, almost all the crew have grown up watching Star Wars. So this is their  childhood dream to be doing this.”

What do you want people to get out of your character?

“I think I want them to understand that even normal people can make big contributions. 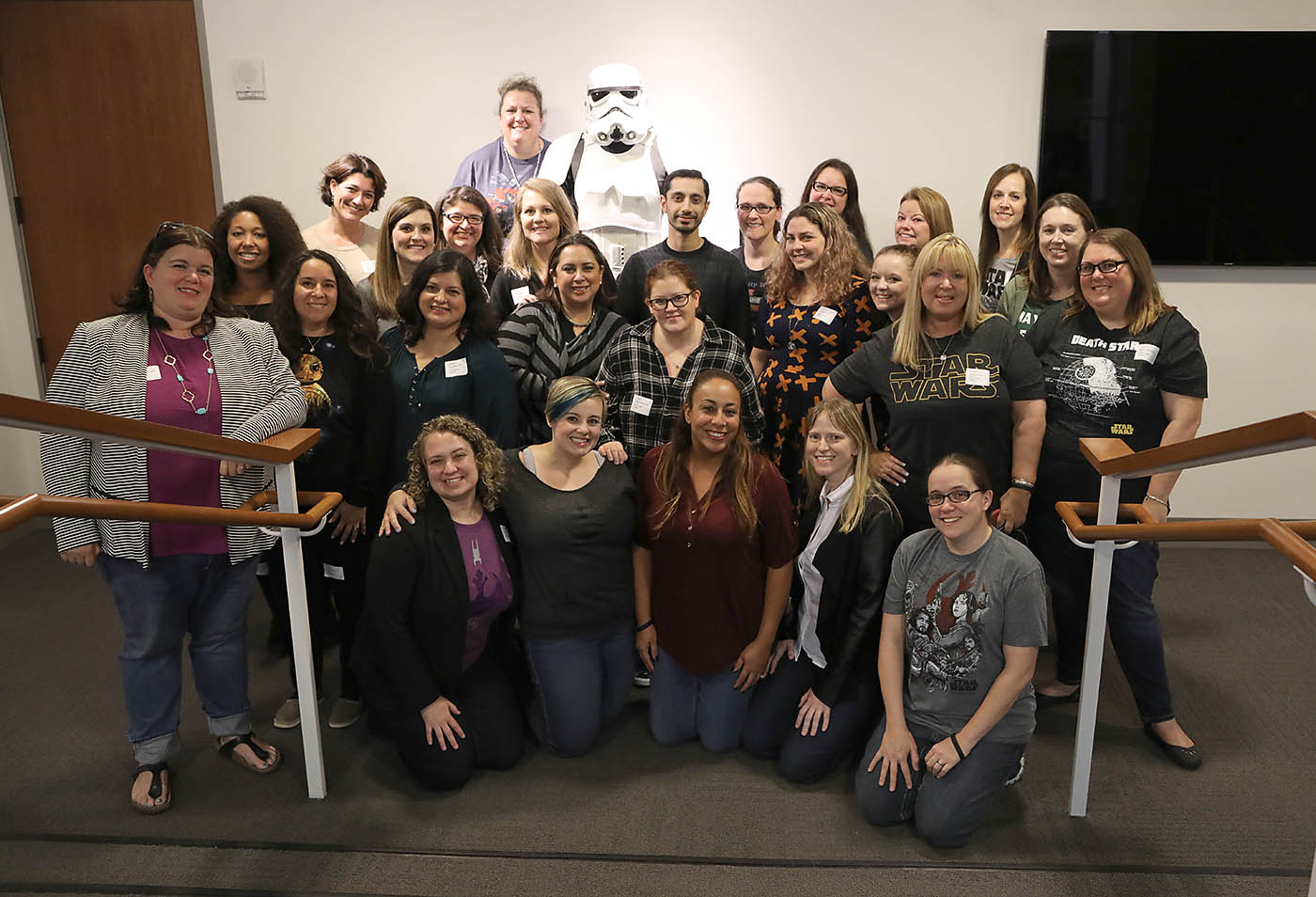 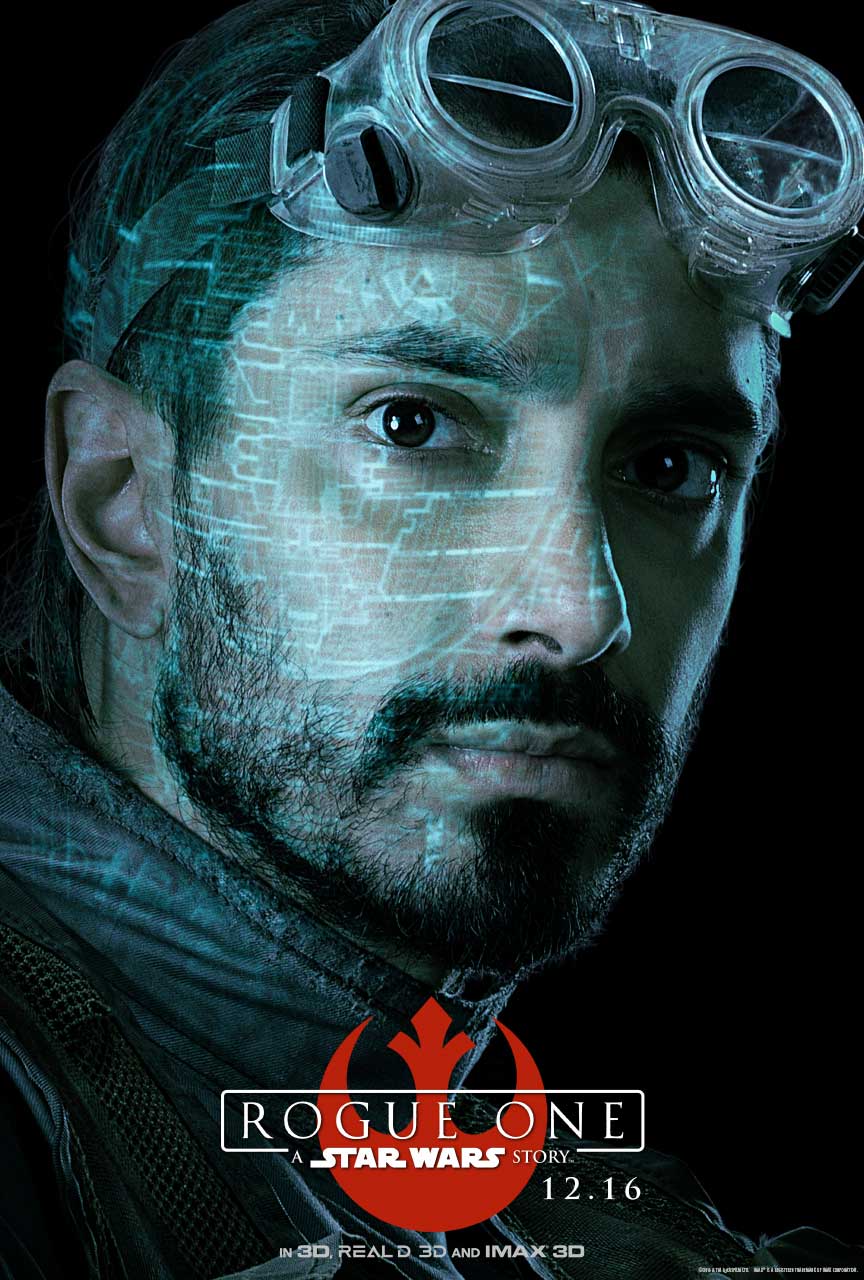 Are you ready? Some showings start tonight but Rogue One is officially open December 16th! 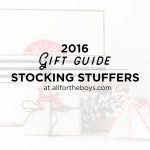 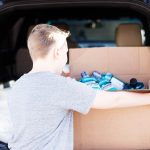