For today’s #RogueOneEvent interview let’s chat with Diego Luna! Last weekend I was among the first people to screen 28 minutes of Rogue One (at Skywalker Ranch of all places). I can’t wait to take the boys to see all of it. We’ll be seeing the Thursday night (12/15) show and then likely again another time or two over the weekend! I have a feeling this may rank up there with their top favorites.

When Diego walked into the room, he brought a smile to everyone’s face. You know those people that just light up a room when they walk in? He’s one of them. He obviously loves his job, his family and this film. 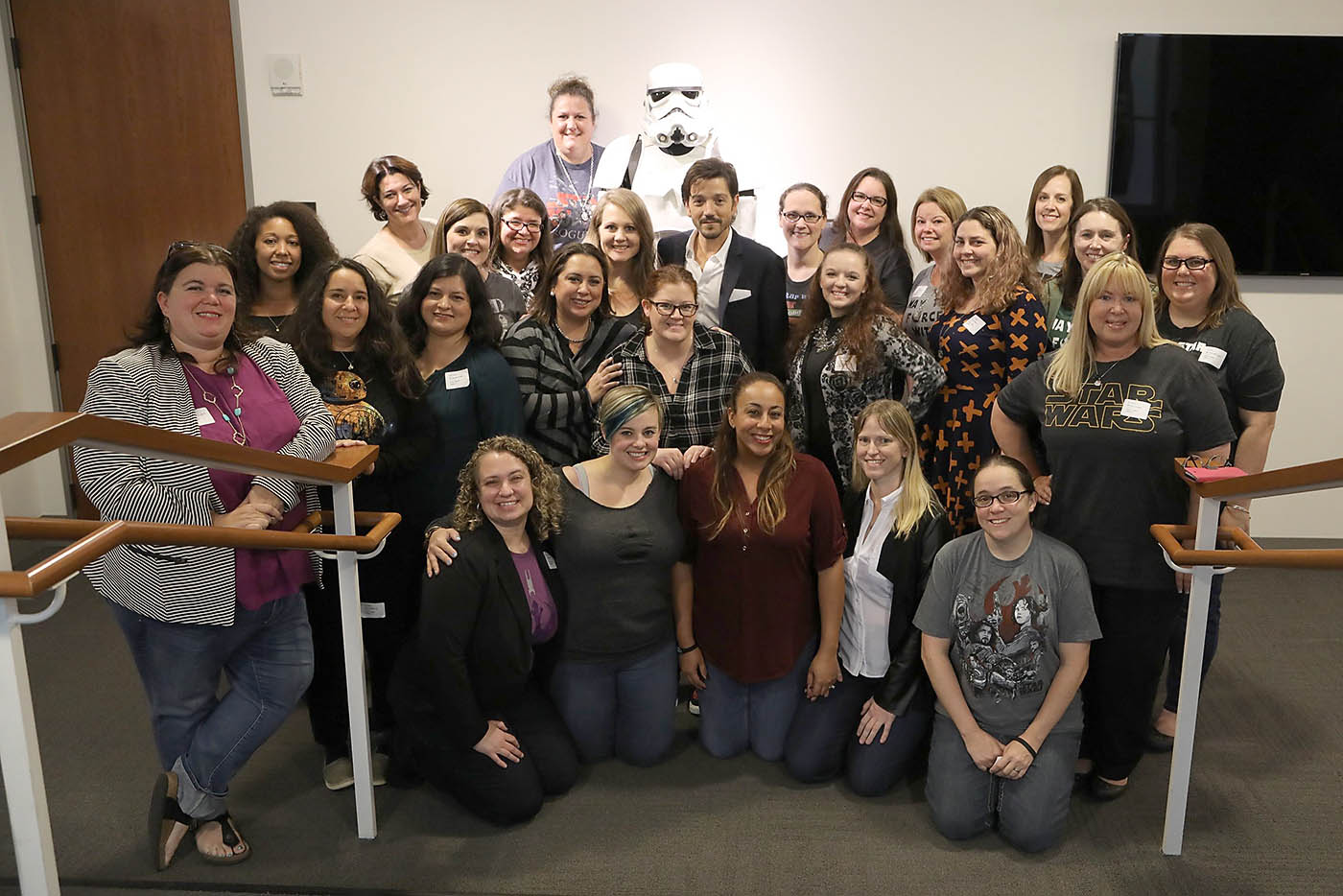 “Cassian Andor is an intelligence officer for the rebellion. He’s a pretty damned good rebellious captain. He’s in charge of the most important mission for the rebellion and he has to make sure this thing works together. But he’s a spy, so he’s quite a mysterious man.  He has a lot of information he would like to forget, you know?  He doesn’t like war, but he believes in the cause and would do anything for the cause.  He’s ready to sacrifice everything and he’s a true hero.  He’s like the kind of heroes we would be, right?  He doesn’t have special powers; he’s no Jedi.  He’s just a man with conviction and knows that working together as a team makes you stronger.  So that’s Cassian.”

You did a, a film about Cesar Chavez, and (different) things that had to do with a rebellious nature trying to find the good and help the good causes.  This is kind of a tie-in, in a way, his character of trying to fight the evil empire.  How did you feel preparing all these different roles- did they help you prepare for this in real life?

“Living in Mexico and growing there, I see beautiful things. I hear amazing stories, but there’s also a contrast there, you know?  And  those who have, are very few, but they have a lot. We have one of the richest men on the planet in a country that has so much poverty. So that contrast shaped my point of view and to me, this film, it’s a way to, to get all that out, you know, and put it in the table and make sure you share it with others. You generate a debate, and some things starts from there.  When Gareth sat down with me and he started talking about the film, and about the theme, and about the rebellion, the moment in the history of Star Wars when this happens, I suddenly was listening to a speech.

I would join, just as a fan, just as part of the crew, you know?  If he would’ve said I want you to be a Storm Trooper and just wear that outfit for quite a long time until Felicity’s character kills you, I would’ve said yeah, let’s do it. I’m glad he didn’t say that, but I would’ve said yes because I think this film has a lovely message. It’s about people getting involved and taking control of their, of their reality. And of shaping the reality.  And we need that in this world that is going crazy now.  We need also to live different as a society and understand the diversity, culture and racial diversity- it just makes us stronger and richer. There’s a great thing there for us to find.”

How do you feel about being part of a film where your kids will be watching you?

“You know what I do, I bring them, I bring my kids to see how we’re doing it so they can see it more from the perspective I see it. I grew up in theater, so I used to witness things I should probably had not witnessed because I was watching from the dressing rooms or from the inside of the theater, I always saw the actor coming out and he was alive. Rrealizing those tears didn’t mean what people thought it meant.  I understood that the representation of fiction, that it has to look real but doesn’t mean it’s real.   I invited my kids to witness this process because my son is huge fan of Star Wars.

He knows the world of Star Wars better than I do.  He’s eight years old, but he has seen everything and I didn’t want it to stop him because everyone’s gonna be talking about it.  I want him to feel part of this and he’s so excited.  This film is important for me as an actor for many reasons, but one is because it connects me with the kid I was, you know?

At seven or six years old, I saw A New Hope and I saw it because I wanted to belong to the world of my cousins.  All of my cousins were playing something I didn’t get.  I wanted to be part of that universe belong to that.  It also connects me with my kids as a parent, as a fan, it connects me with my son. I share the excitement with him.  When we were watching The Force Awakens, we were there holding hands and enjoying the moment. I wasn’t the dad there.  It was two pals watching a film, and that was very sweet.”

What did you do to prepare physically for Rogue One?

“I went to the gym, a place I didn’t like before and they got me into a whole program, they were even taking care of my sleep. It was necessary because I’ve never worked seven months in a film so intense and everyday we were doing something crazy- running, jumping, climbing… it was hardcore scenes.

Gareth really likes things to happen, he doesn’t like pretending.  He gave us military training.  I had two weeks of a military training where I learned how to patrol, and I did a camp with ex-militaries, and I was hearing all their stories. I spent a lot of time with them and that was very helpful.”

What happened after filming?  How do you separate your work from home?

“With this one it was difficult because I’m a fan. Imagine you’re a fan, and they tell you that you’re gonna go live this amazing experience from the inside, but you cannot tell anyone.  And you (think) that’s a dream.  It’s not happening until I tell my best friend, you know?  It’s not real until I share this with my father.

I love that [though] because the experience of watching it with an audience that doesn’t know what’s gonna happen is so unique and it doesn’t happen anymore in cinema.  So that is very cool.  But the process of living through this was painful and very frustrating because I had to talk to myself about it.

That also created a nice, beautiful family with the cast though. We couldn’t tell anyone out there, so Felicity was my shrink, my friend, a little bit of everything, and I was the same for her, you know?  And that kept us sane, basically.” 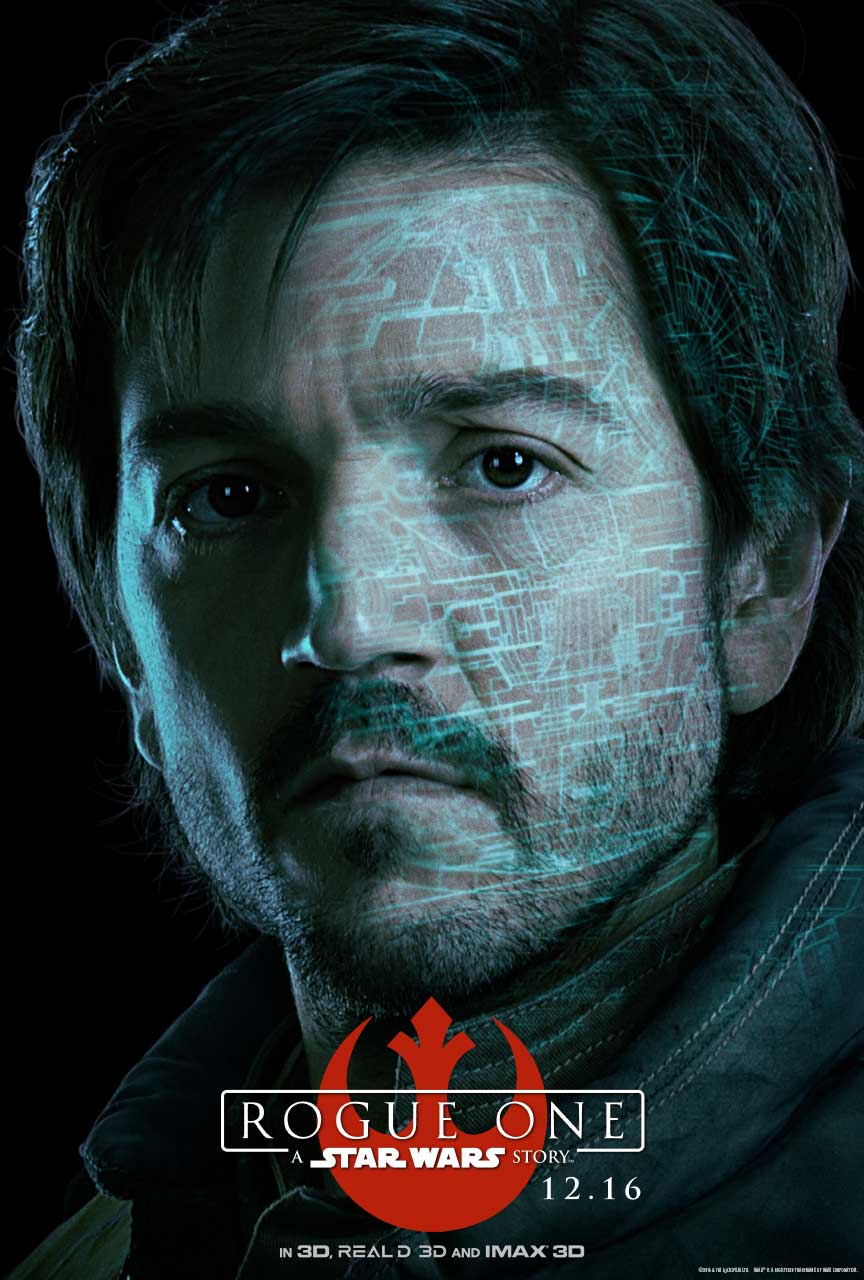 I think a lot of people are going to relate to Cassian – he’s the “real world” guy here. No force, just a strong belief in something and a pretty darn awesome droid (K-2SO).

You can see Rogue One beginning December 16th and you’re going to want to see it opening weekend for sure! 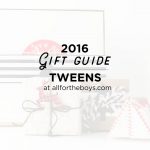 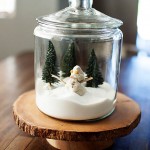 Snow Globe Terrarium You Can Play With