Thanks to Disney for sponsoring my coverage of #FutureWormEvent and #TheBFGEvent

I shared with you a couple of weeks ago how much FUN I had working in Los Angeles and visiting Disney Toon Studios to meet the creators of the brand new Disney XD series Future-Worm! Well, it’s finally here – Future-Worm! premieres August 1st on Disney XD! 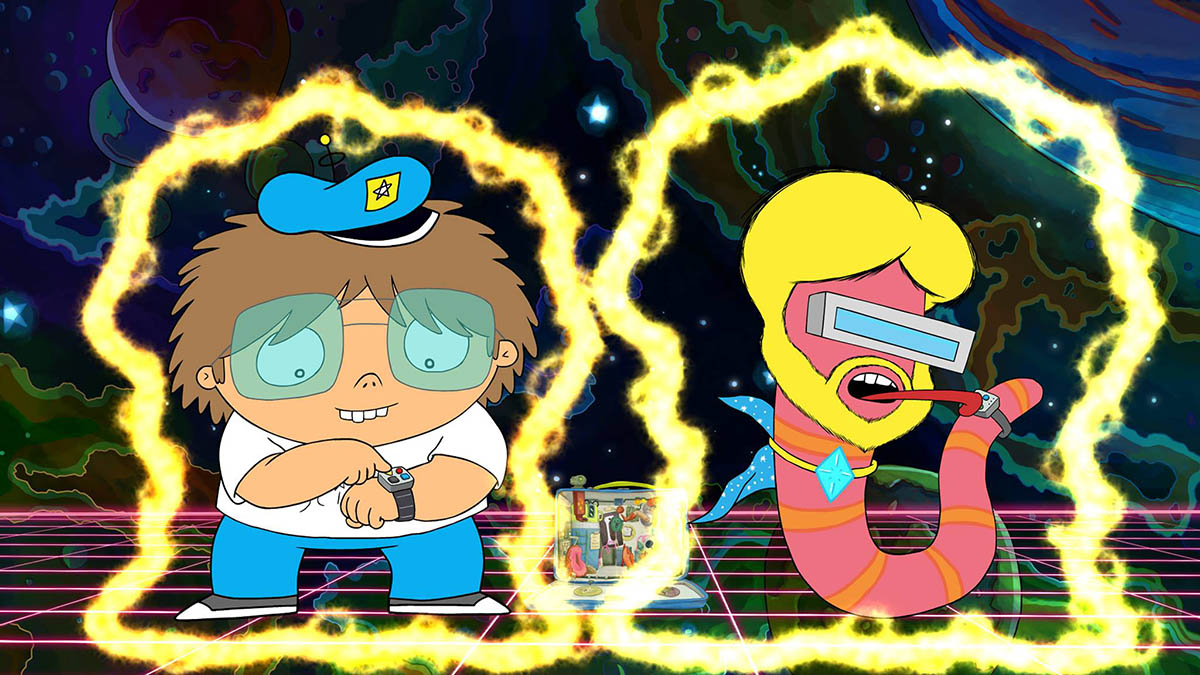 “Future-Worm!” is an animated series about an optimistic 12-year-old who invents a time machine lunch box through which he meets and befriends a fearless worm from the future (one with titanium-enforced abs). Created and executive-produced by Emmy Award-winning director Ryan Quincy (“South Park”), the comedy follows young Danny Douglas and Future Worm (also known as Fyootch) as they embark on adventures through space and time.” 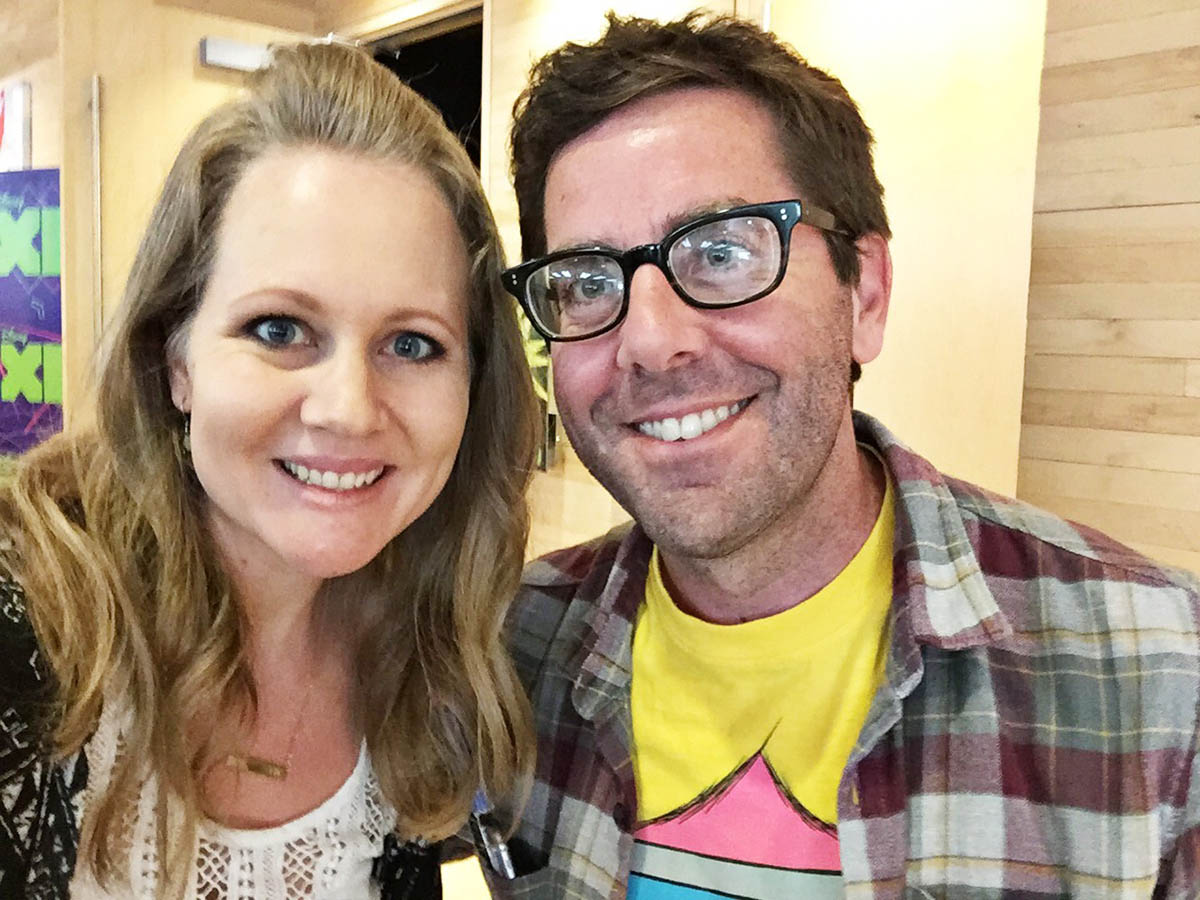 I met Ryan on our visit and love his (and his kids’) passion for this fun series. It’s fun to watch and both of my boys love it! Here’s a fun clip to learn a bit more about Ryan:

Each episode will have 3 cartoons (11 minutes, 3 minutes and 7 minutes) so it’s a really great mix. Ryan told us that Neil deGrasse Tyson is making sure there’s some education in there for the kids and he makes sure what they’re putting in is correct (he also makes some special appearances throughout the series). 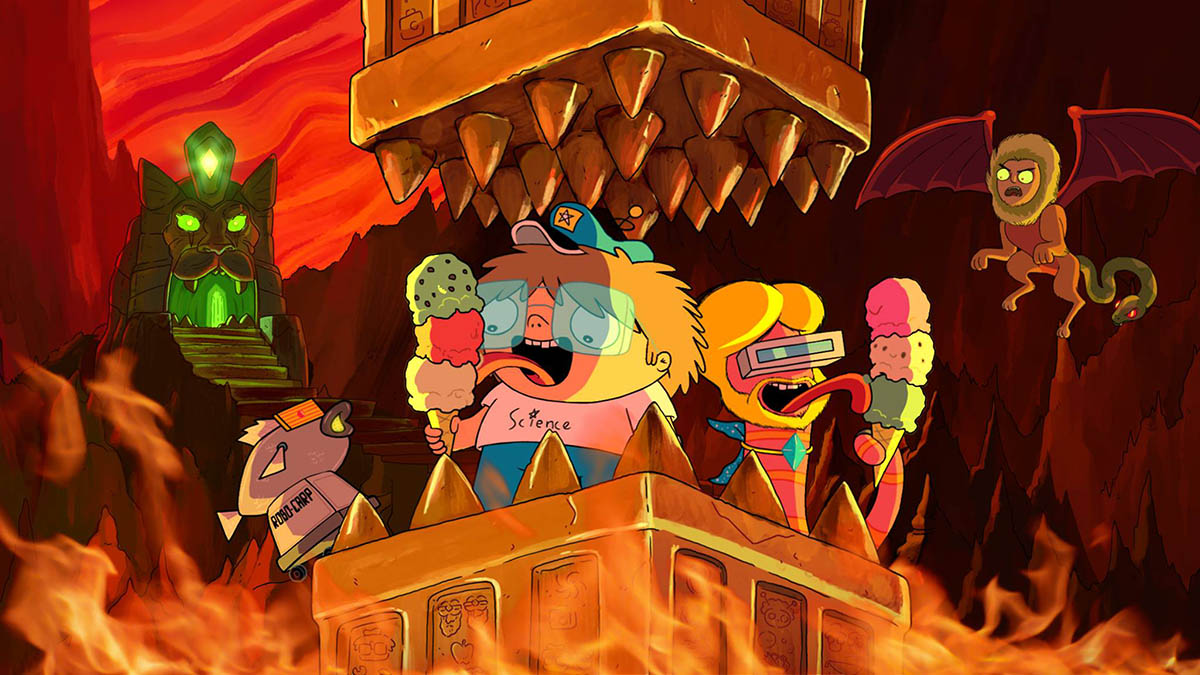 We love a good DIY tee and couldn’t resist making one of Danny’s fun “Science” shirts. All you need is a white tee, a black fabric marker and a piece of cardboard to place inside the tee to protect the back. 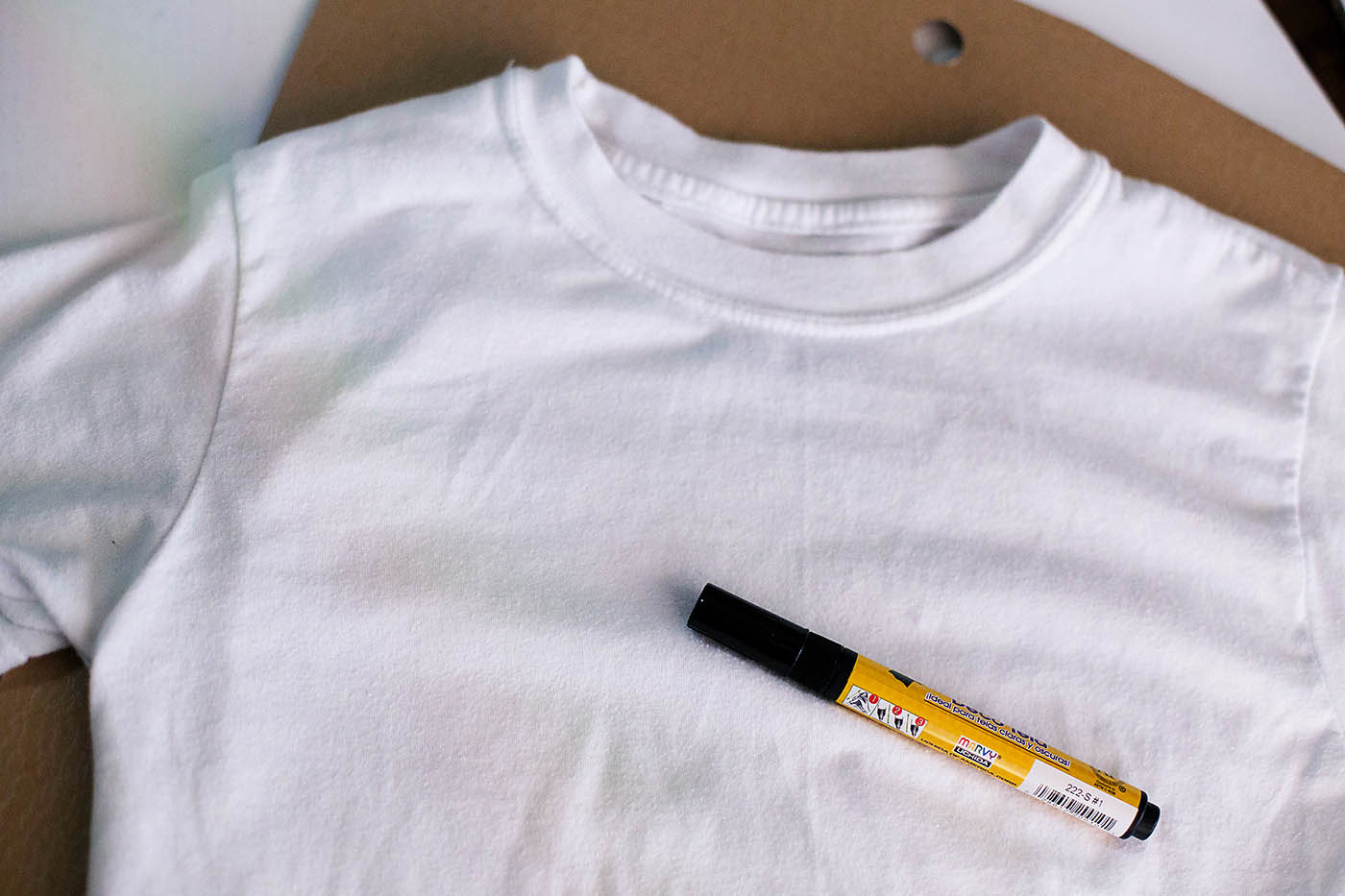 If you can eye things well, just look at a picture of Danny and carefully draw the word “science” with your marker. Take it slow because they pull the fabric some as you write so you’ll want to move the marker slowly so it doesn’t “skip”. If you’re not good at eyeing it, just print an enlarged photo of Danny’s tee and use it as a guide under your shirt. 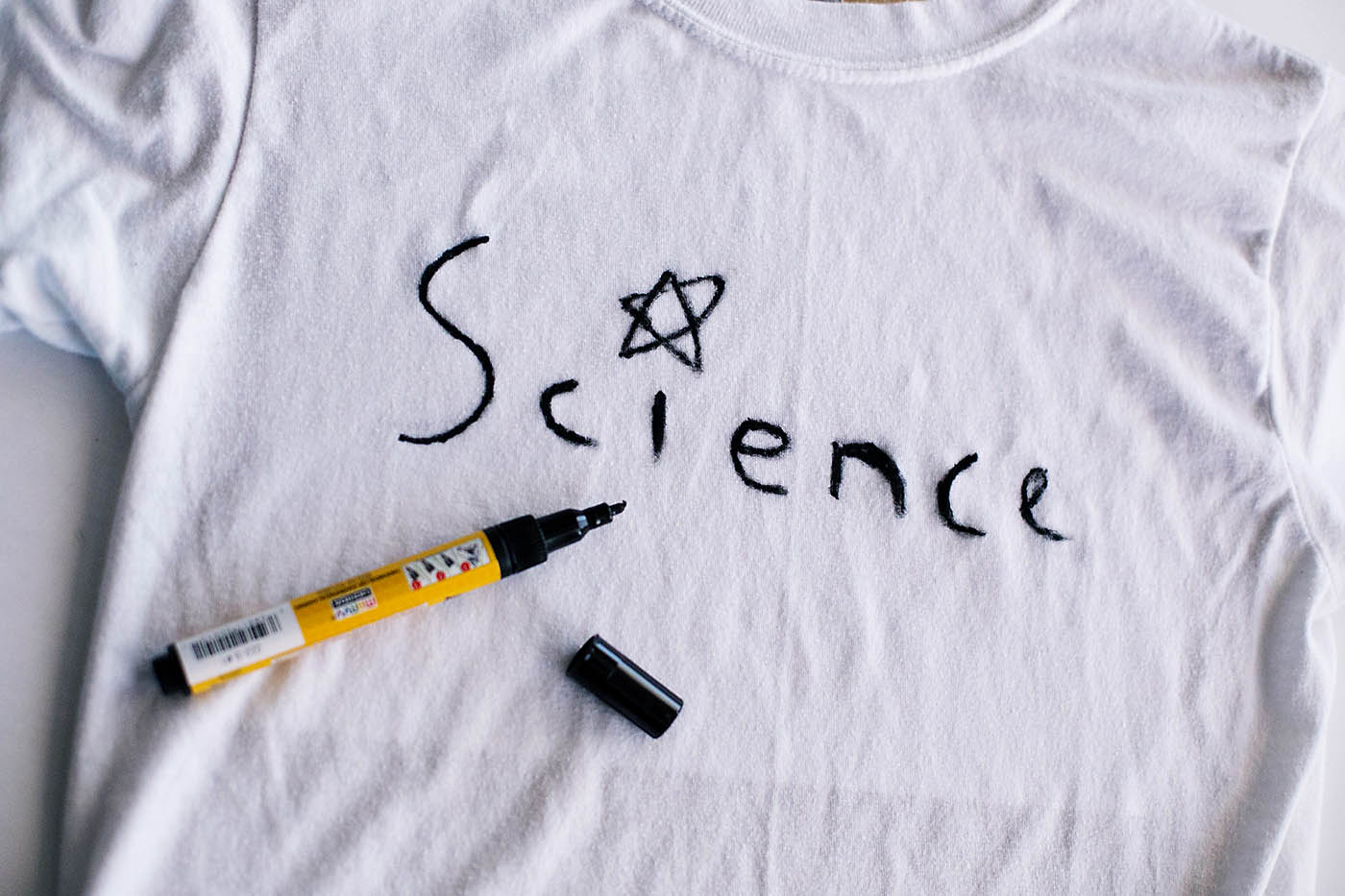 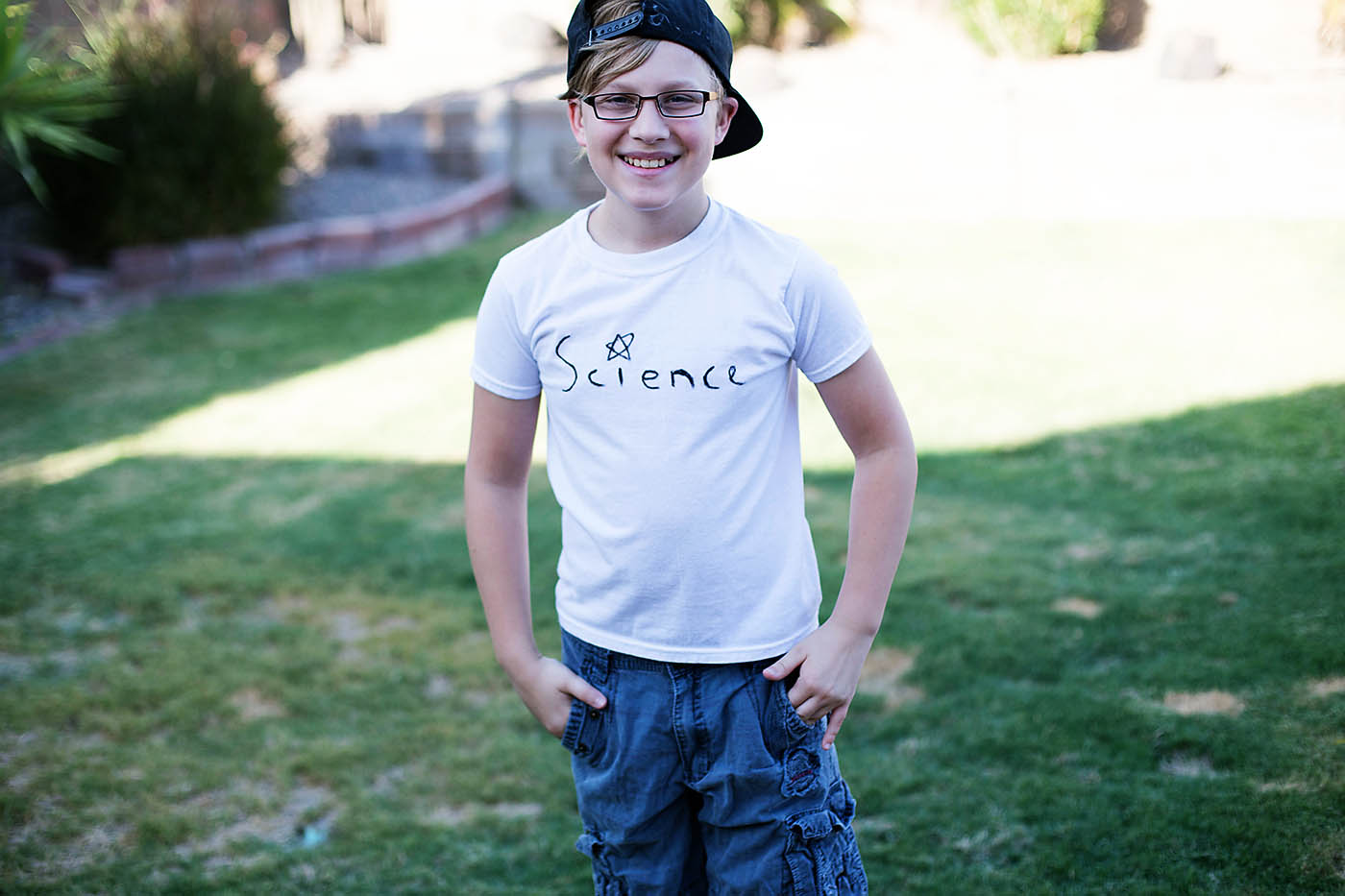 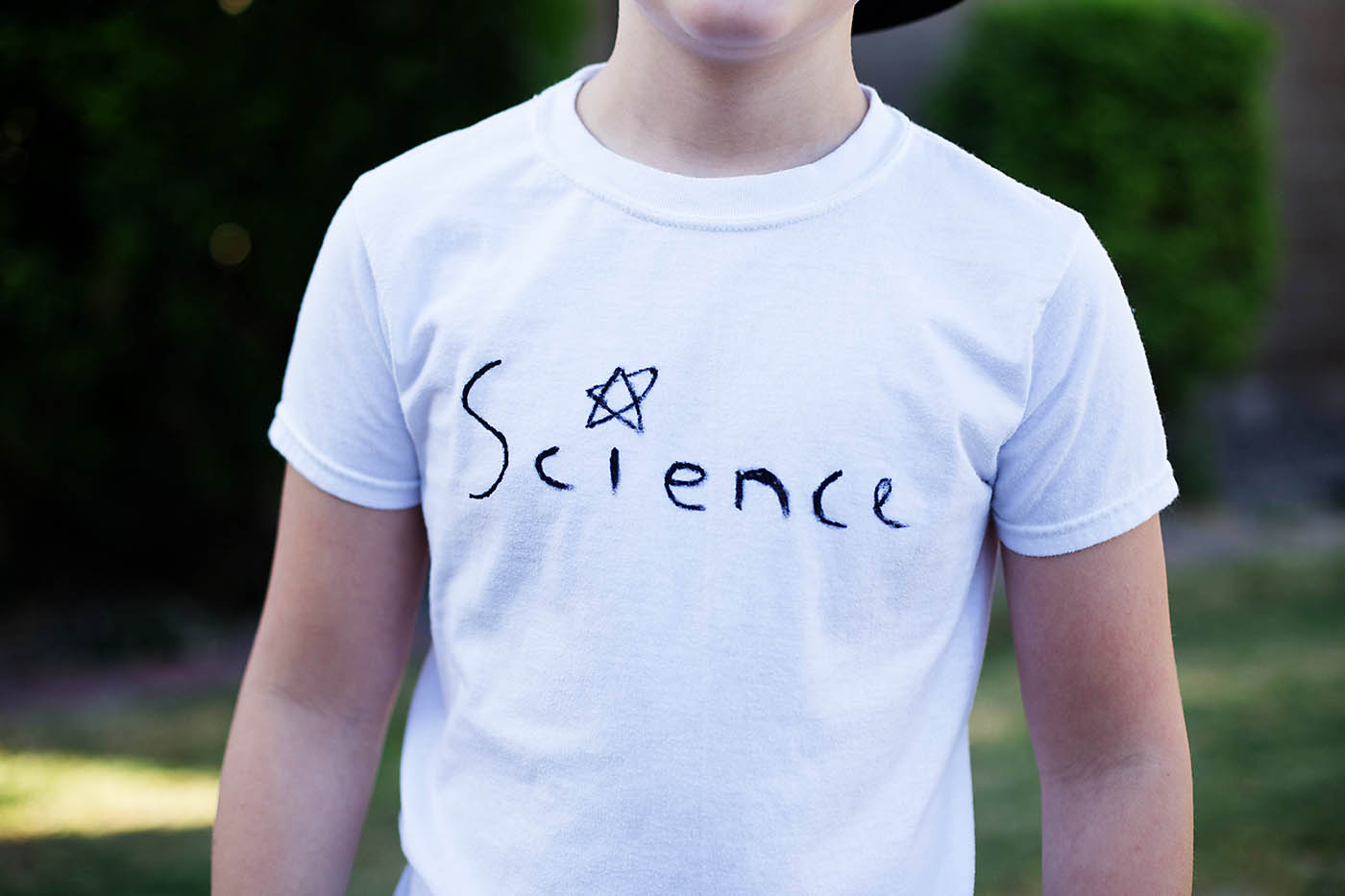 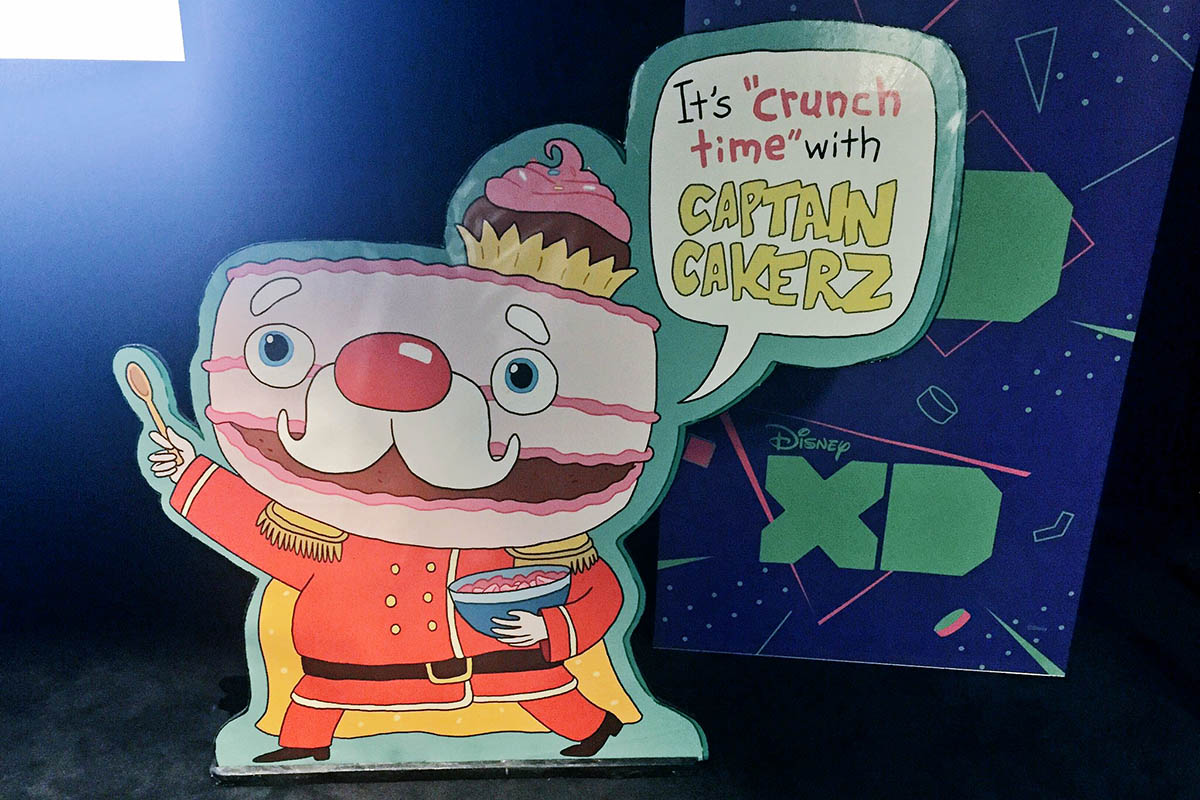 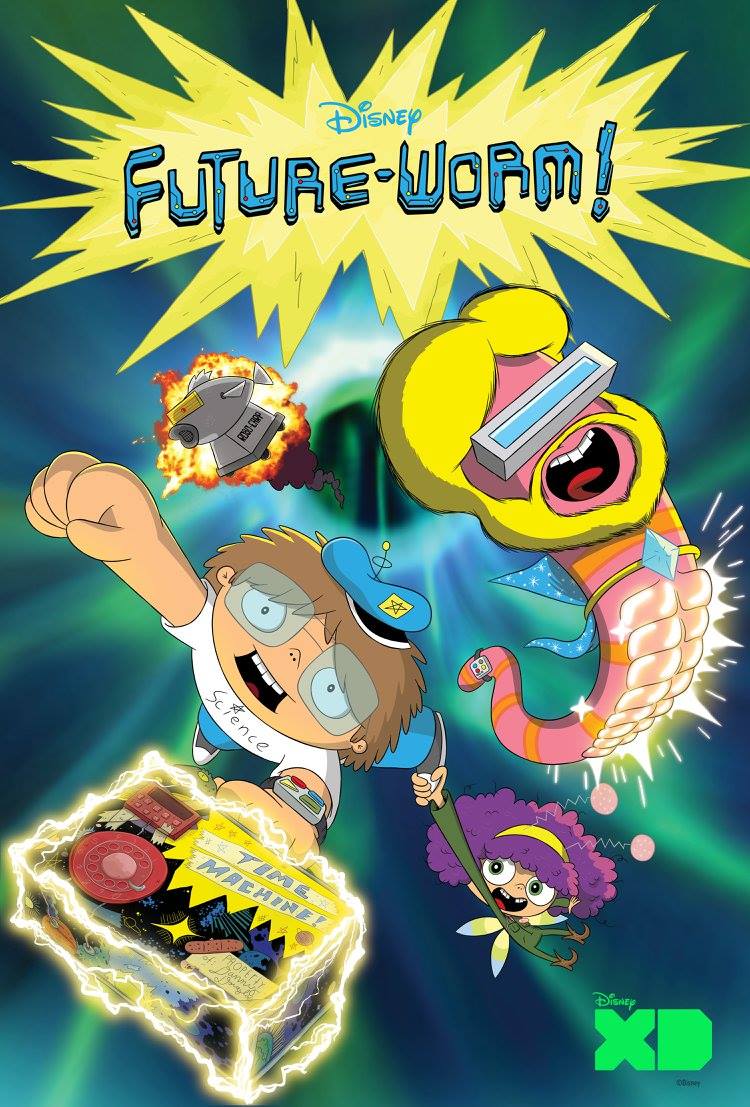 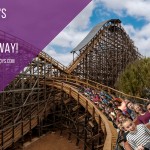 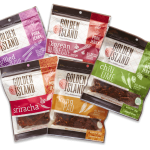