The Latest Show To Make Our Family Approved List: The Mayor on ABC #ThorRagnarokEvent

Trip sponsored by Disney but the opinions/experience are mine.

We have a fairly short list of tv shows that we all enjoy sitting down and watching together. We treasure these shows because everyone gets excited together to watch a new episode. It’s not often that a new show makes this list but after the boys watched the first two episodes, The Mayor on ABC made the cut in our house! It’s relevant, funny, entertaining, has great music, and an even better cast. I had the opportunity during the #ThorRagnarokEvent to interview Bernard David Jones (“Jermaine Leforge”) and Marcel Spears (“T.K. Clifton”) AND watch last week’s episode with them. 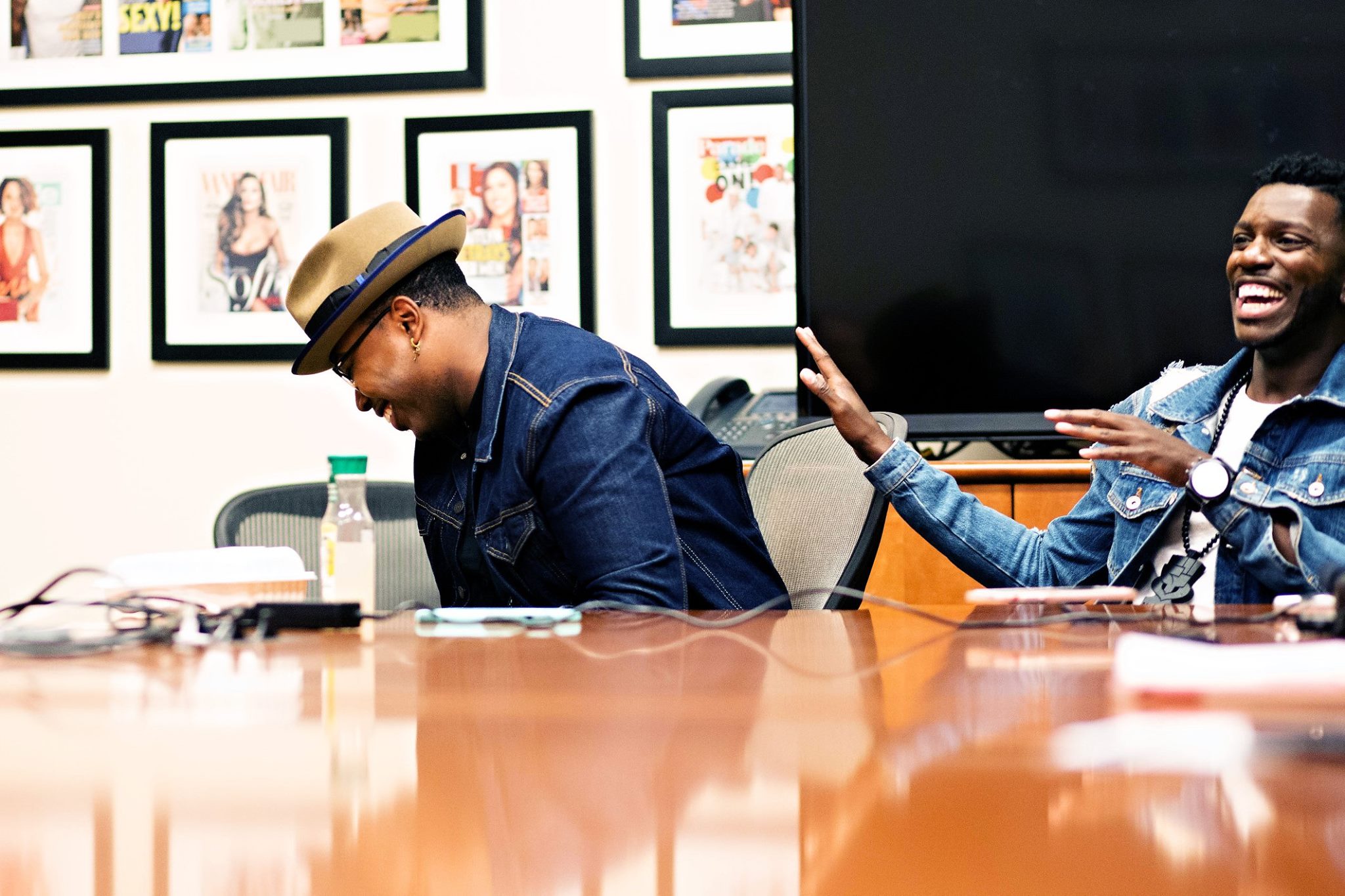 These guys were amazing. They are so proud of this show (as they should be) and seemed super excited to watch an episode with us. There were many laughs and discussion about the final cut since it was the first time they had seen it themselves! To watch at home “The Mayor” airs on Tuesdays at 9:30/8:30c on ABC. (You can also watch On Demand or on the ABC App.) 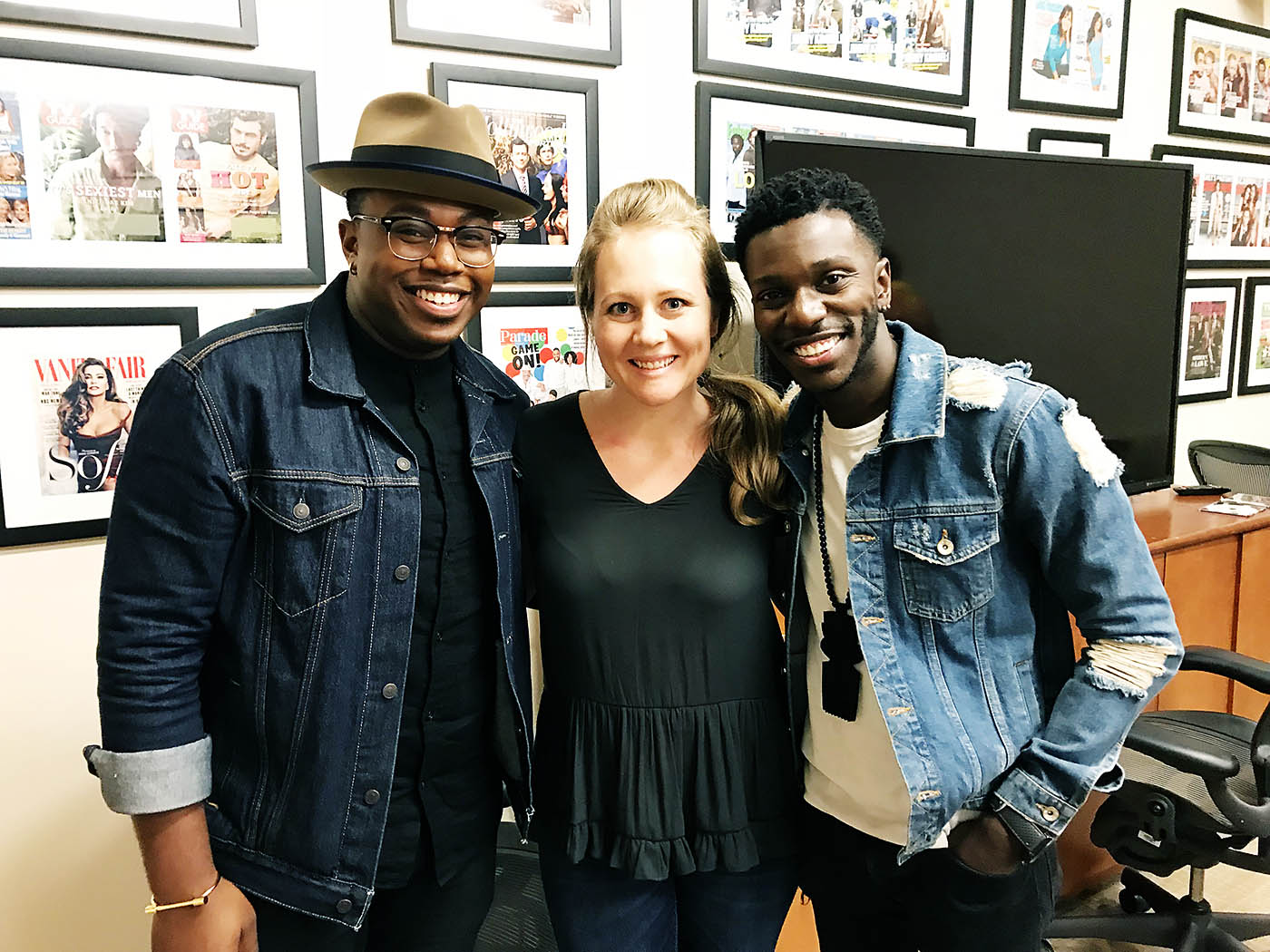 We got to sit down with them after the show and talk about what it’s like on set (they seem like a super fun family), how they feel about being cast, and how since this show is “THE MAYOR” it fits in with the political climate these days. Here’s what they had to say.

How do you feel about taking on a politically flavored show at this time in our country’s climate?

Bernard: “As artists, it’s kind of our duty, our job to be able to hold a mirror up to our country, our world, and say, this is what’s going on. How do we fix it? What can we do to fix it? And I think our show is an awesome representation of what happens when somebody that has a heart for people, that understands community and unity, leads with love. How that can affect a community and you know, this guy, he has no political experience. He didn’t mean to win. He was doing what millennials do: trying to get some of that ka-ching.

But he didn’t stray away from the responsibility. He took it head on and I think that’s a good lesson for all of us. You know, all of America. If there’s something going in your neighborhood that you want to change, take leadership. Take ownership of your community, so I think it’s a great opportunity to be able to be some type of a catalyst for mobility or,  in your communities for some type of change.” 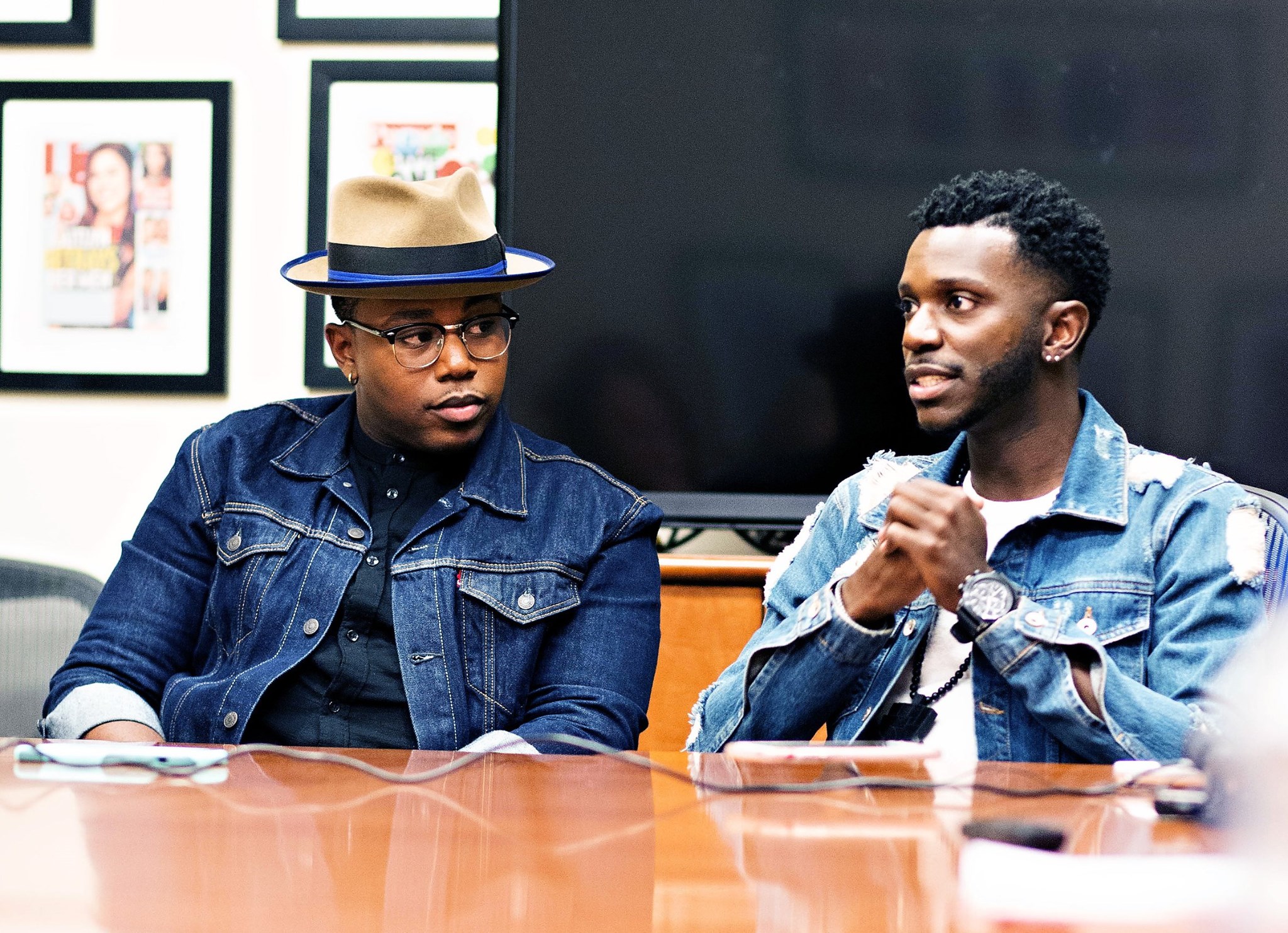 Marcel: “Yeah, I agree. It’s an opportunity for us as artists to provoke change and to inspire people and the thing is, when I was kid, people wanted to be the President – even if you didn’t want to be the President, that was the go-to answer if a teacher or somebody asked you and you want to give the answer that’s going to make your mom go, “Awww!” It was like, “I want to be the President of the United States of America.” You say that and people are like, aw, yeah, it can happen for you, kid.

And politics was a thing that you didn’t shy away from. Like, it’s always been a topic that you don’t talk about at dinner, but it’s something that people weren’t afraid of, and now, I feel like people are so exhausted with it because you have to pick a side, pick a side, pick a side and it’s become so divided that we forgot that it’s a part of what makes this country great and I feel like us doing the show gives us a chance, in a fun way, in an approachable way to really talk about politics in a way that I feel like can reach people so that people aren’t afraid of politics anymore.

So that people aren’t exhausted with it so much and they can really get down to what it’s about and what it’s about
is taking care of the people around you. Like, really taking care of your community and making sure that you’re looking out for the next person. Whether you disagree on how to go about doing that, the end goal is always the betterment of the community.”

Bernard: “I think what’s also special about our show is that we come from a non-partisan standpoint, so there’s no, “you have to be a Democrat” or “you have to be a Republican.”  We don’t choose sides. We present what’s going on these communities and we offer solutions on how to fix it.”

Is this going to stay a family friendly show?

Bernard: “It’s definitely a family show and I think that’s what’s important about our show and is special is that you can gather the family together, sit down and watch a show and then maybe discuss some of the issues that are happening.  I know a lot of you guys have kids if not all of you, so it’s those issues like going to a music program and saying hey, my kid is a part of that and it works well for him or we need to keep that or just having a safe space for children in our episodes I think is amazing… and it has been very family oriented, but we do talk about real stuff and we don’t shy away from the real stuff.

We do it in a way that’s, I think copacetic to a family environment.”

Marcel: “Yeah, this is one of those shows that you can sit down as a family and watch.  It’s one of those shoes that your kids can grow into like, they watch an episode now, they don’t catch everything.  They watch it again when they’re a little older and, and they see things that they never understood or didn’t comprehend. It’s definitely something that I feel like because of the design of it and because of the nature of the show, it’s something that can reach everybody in some kind of way.” 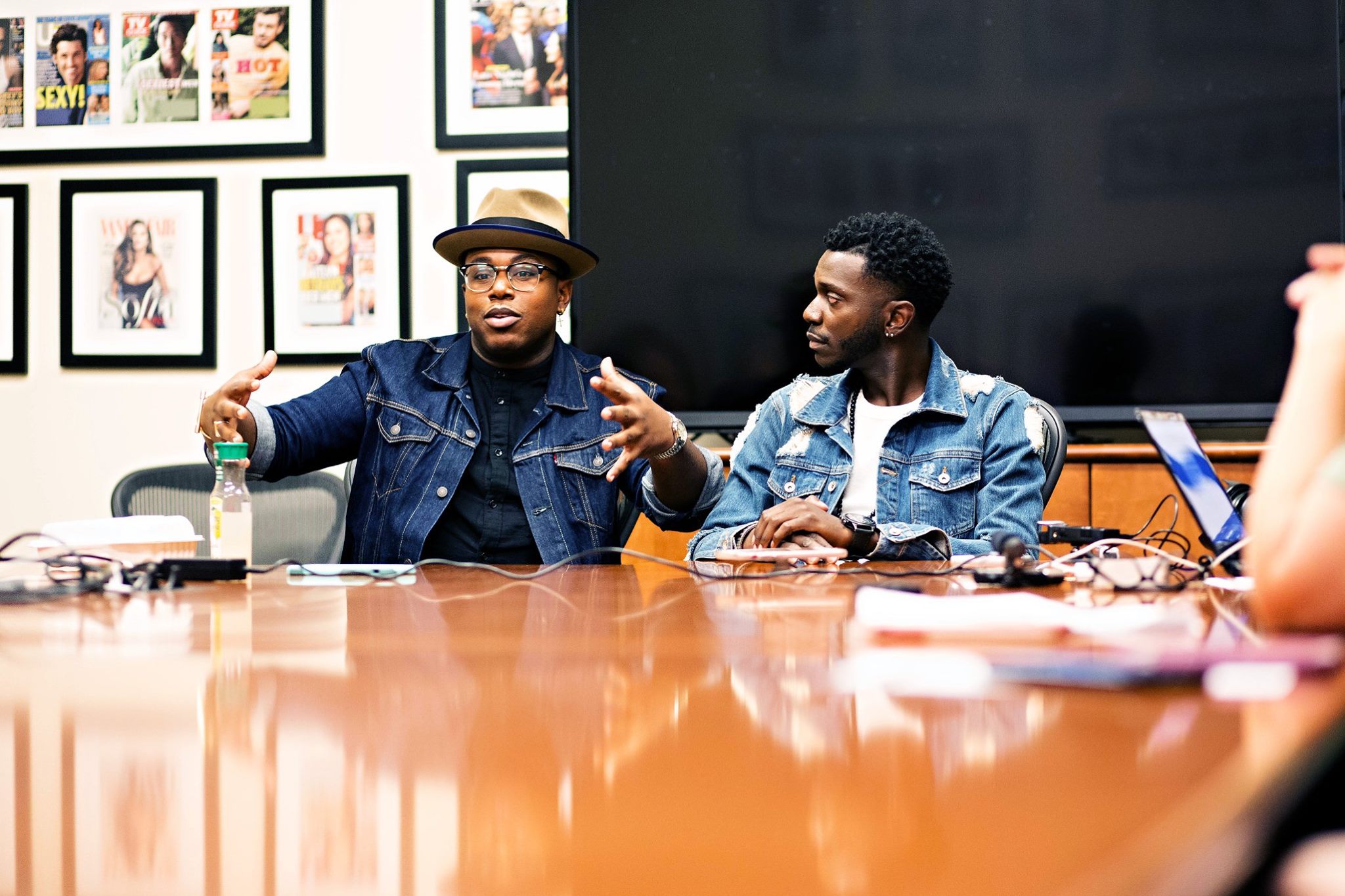 Someone asked if music from the show is ever available and in fact it is! You can get music from each week’s episode on Spotify or iTunes. Here are some of the existing songs from the show:

We can’t wait for tonight’s new episode! Here’s a peek:

Don’t take our word for it though. Watch it tonight and see what your family thinks! You can catch up right now on the ABC app! 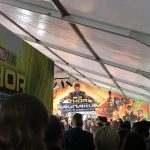 My THOR: RAGNAROK Red Carpet Experience for the #ThorRagnarokEvent 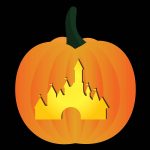