Obviously Harry Potter parties are NOT just for boys but this little boy loves Harry Potter and has been planning/making requests for this party for some time now. I hope you’re ready for LOTS of pictures!

Banner made from chapter pages from Harry Potter and the Sorcerer’s Stone. Did you know you can buy used books on borders.com for $1.09? I bought the entire Harry Potter series in hardcover for $10. It’s a pain to go through and navigate the used books on there but was well worth it in my opinion to get them all for so cheap! 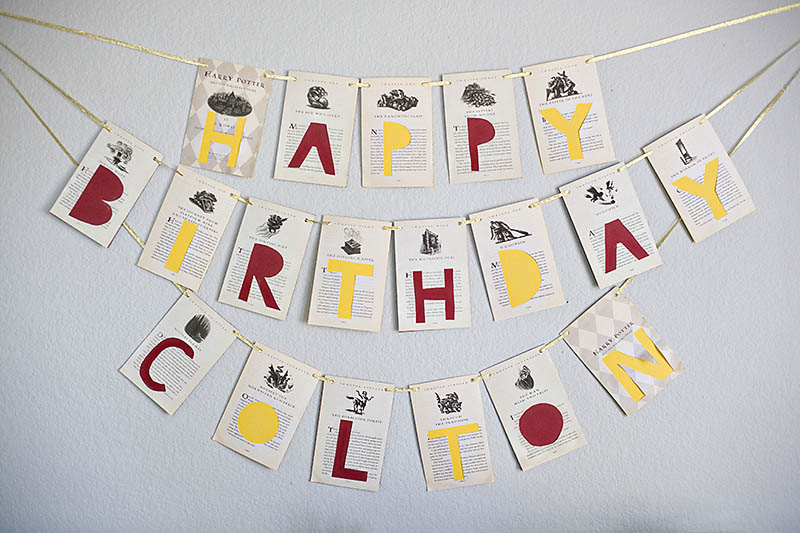 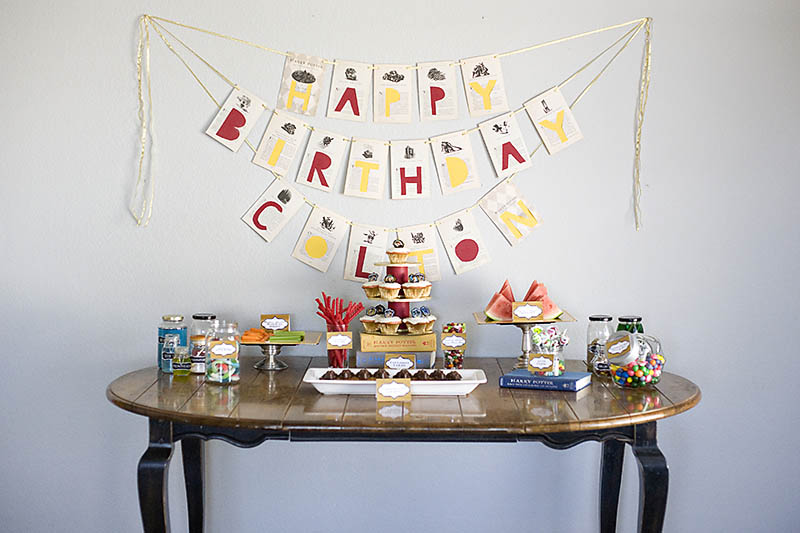 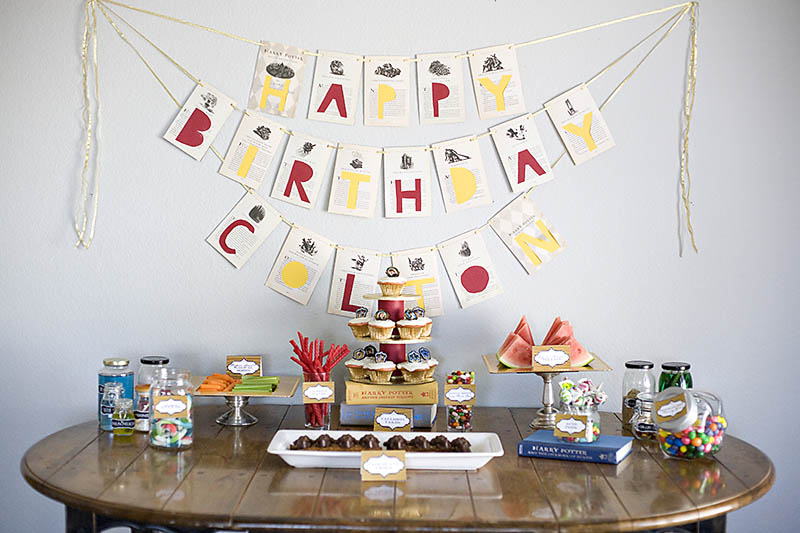 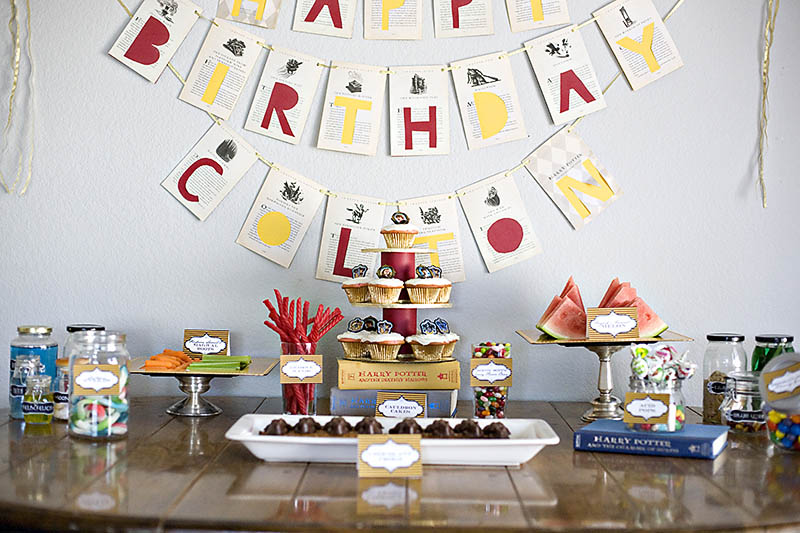 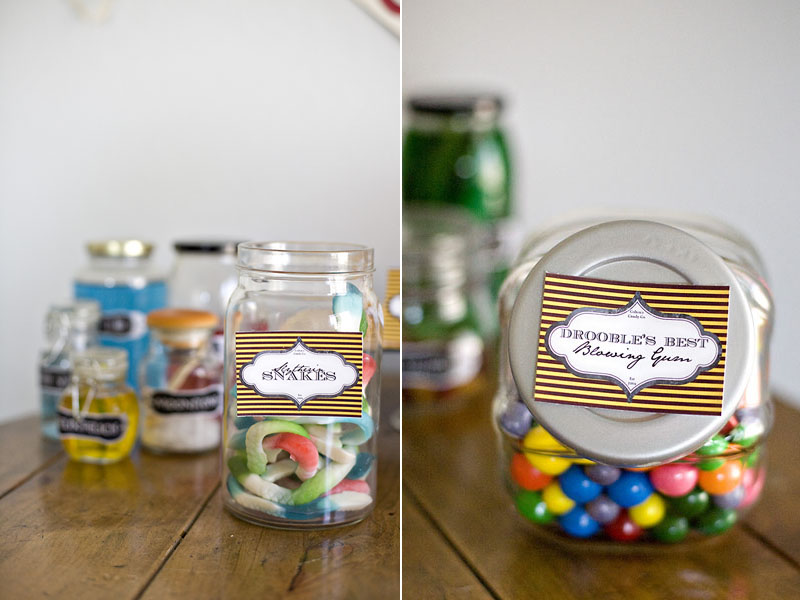 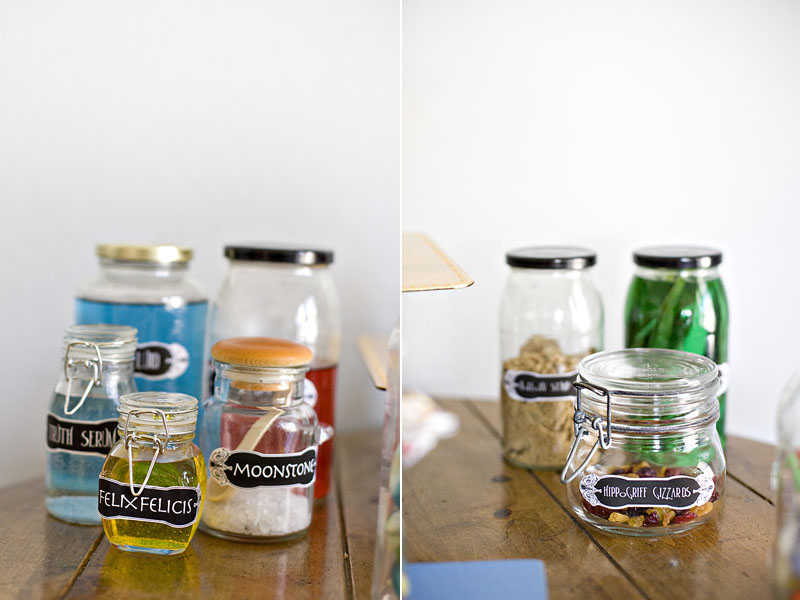 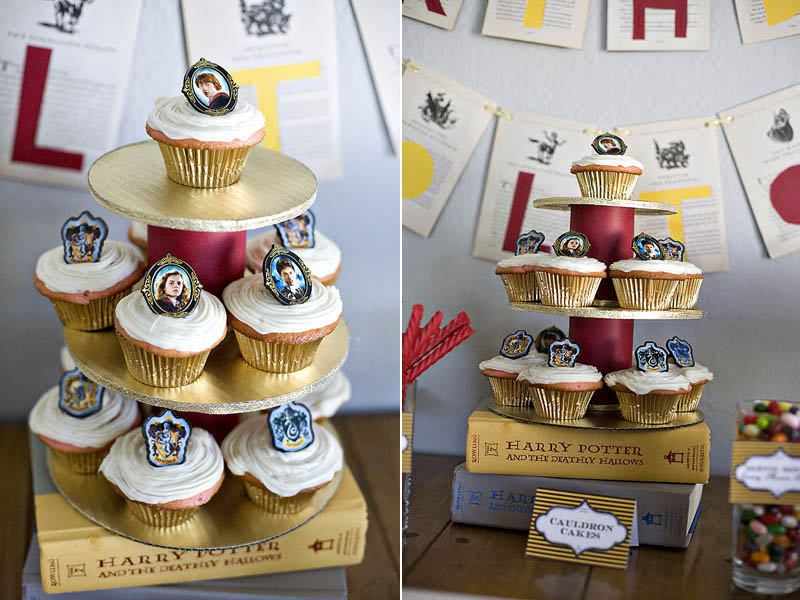 And the joke shop/wand shop 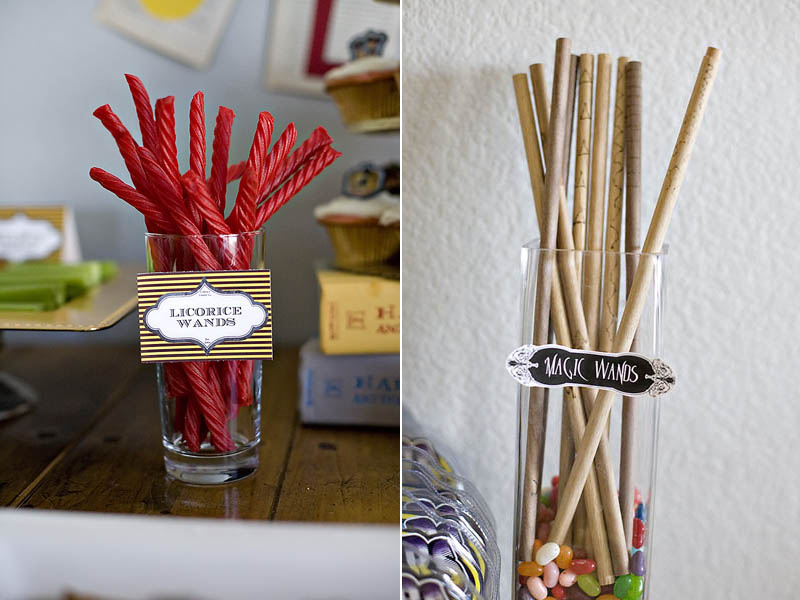 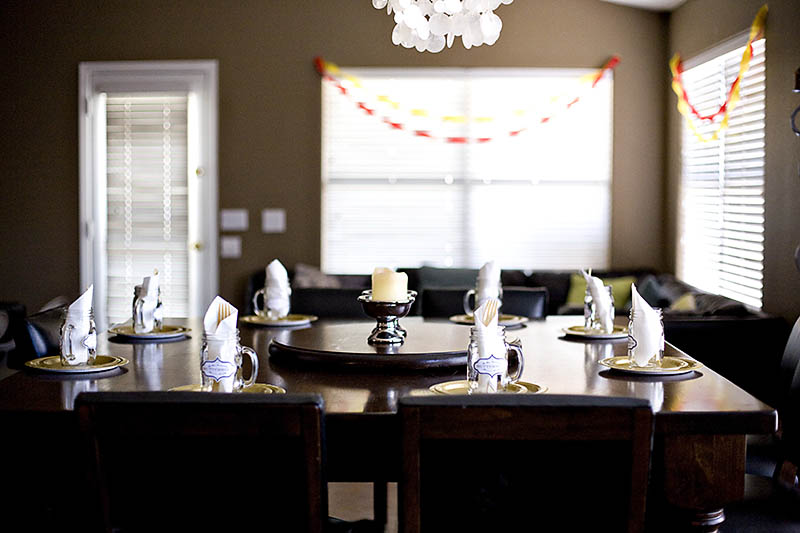 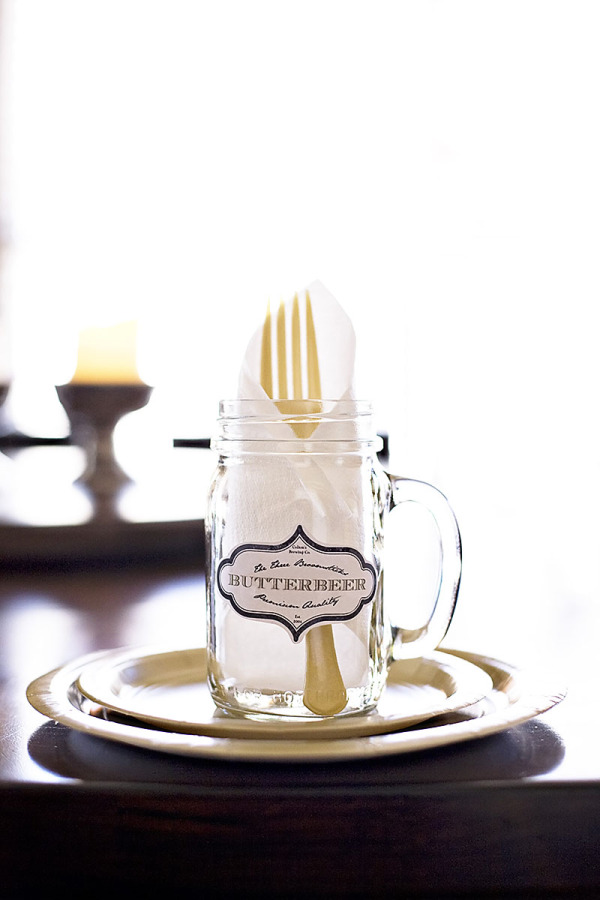 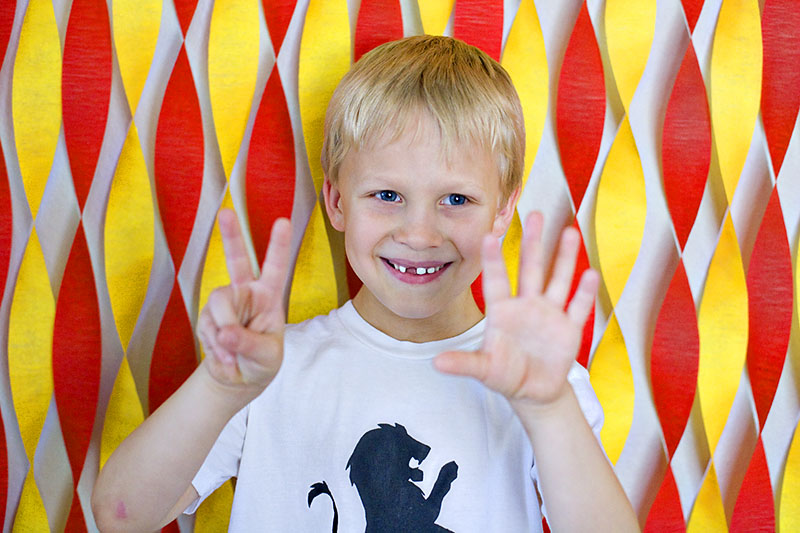 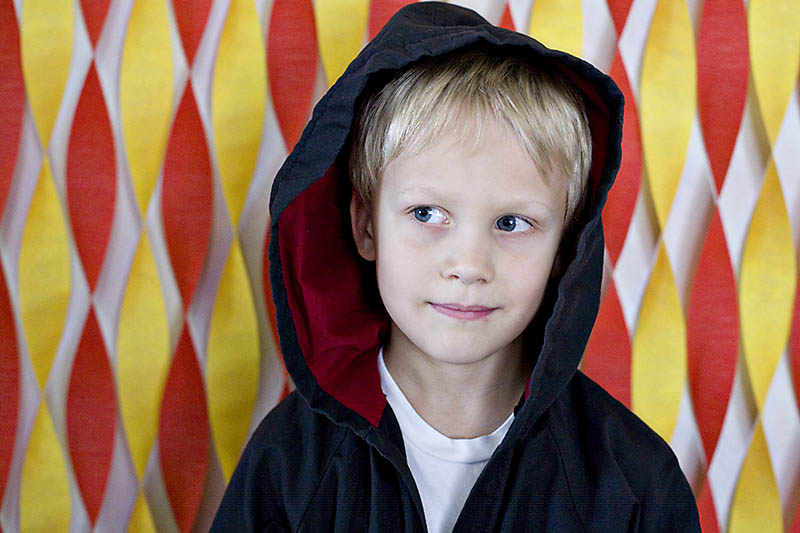 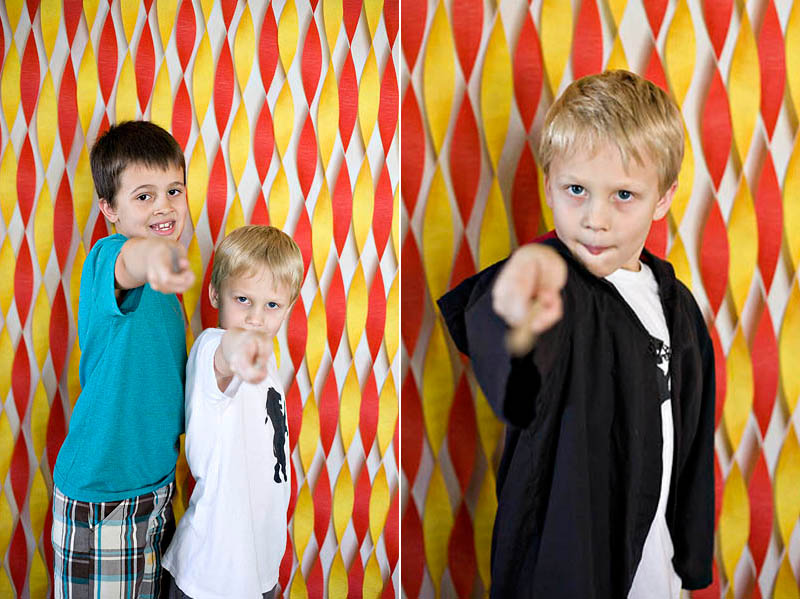 And dance akwardly like the scene in Deathly Hallows Part 1 😉 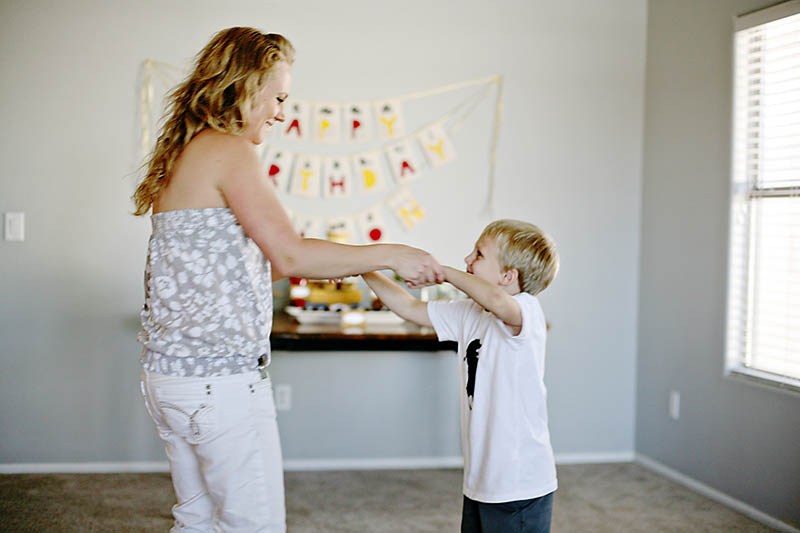 When the friends arrived they bought their wands (wooden dowels with designs made from a wood burning tool) and sat down to scratched the sorting hat scratchers! I had heard of a REALLY cute idea of making a sorting hat and putting a baby monitor in it to make it talk but I saw this cute tutorial on Pinterest on making your own scratchers so we did those instead. They were in either Gryffindor or Slytherin.

Then it was time for Potions! We used Hippogriff saliva (bubble solution) and a goblin crystal (dry ice) to make a smoky, bubbly concoction. The boys thought it was so cool how it sounded just like they thought a potion would sound like. 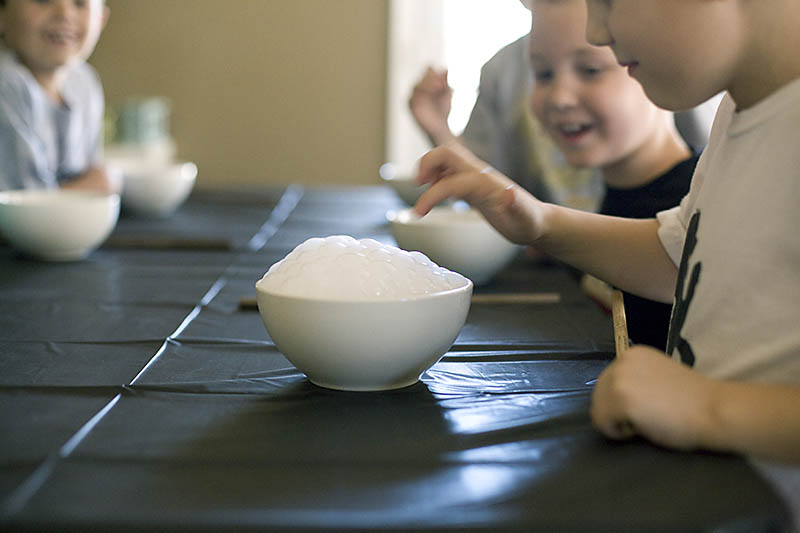 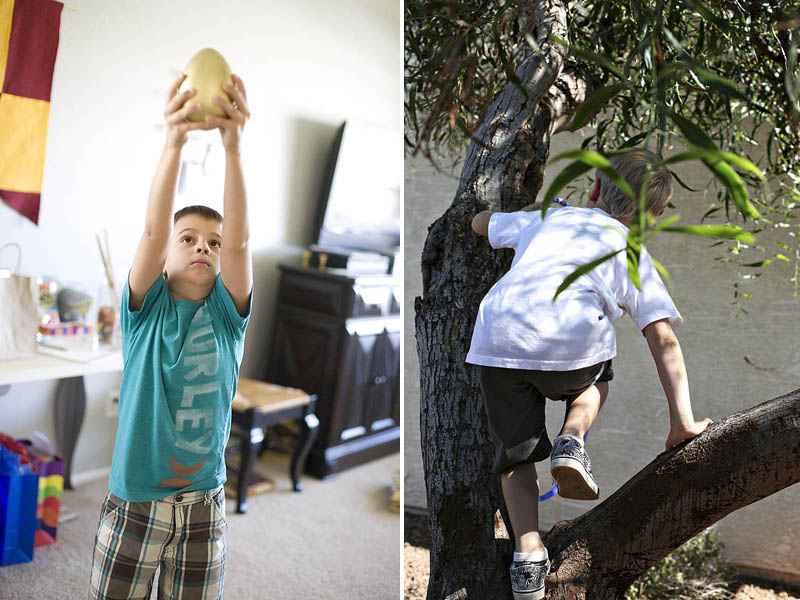 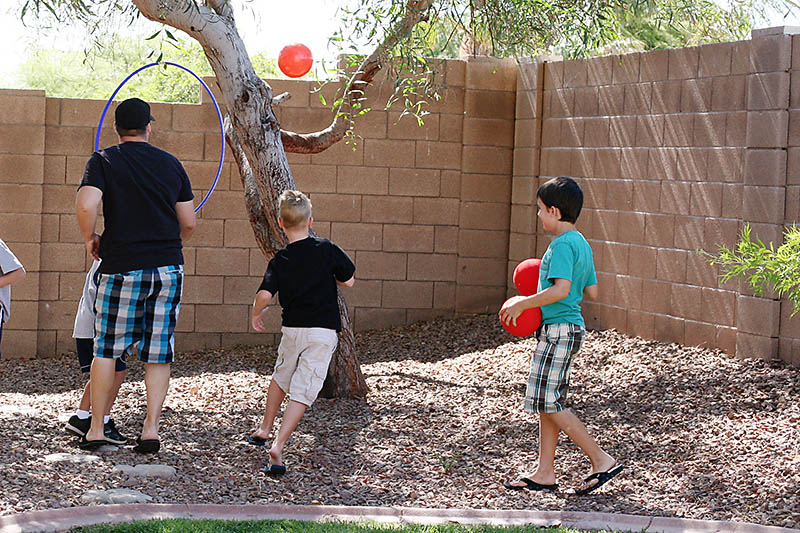 Then it was back inside to cool off with a drinkable color changing potion! I put drops of food coloring at the bottom of the cups a while before the party so they had dried a bit, put ice in the cups and then they got to put Sprite in to see the colors change. We added some Pop Rocks just for fun. 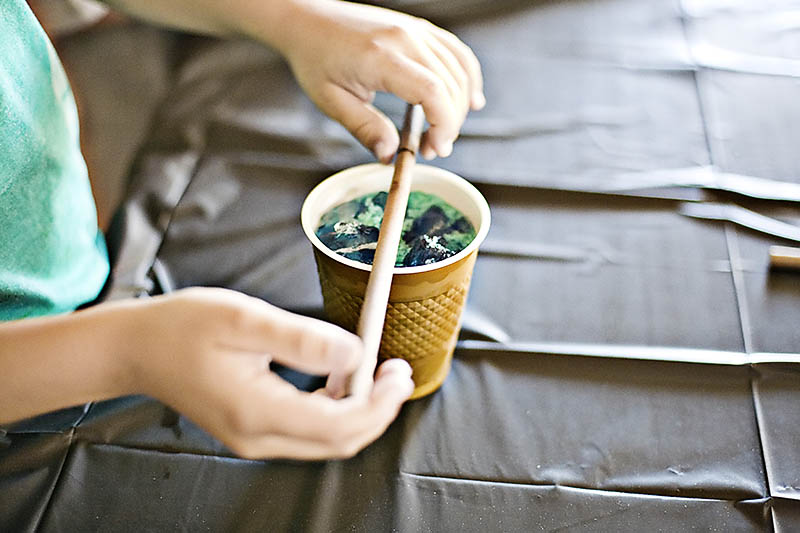 Then we played the best game of all – a Bertie Bott’s Every Flavor Bean spinner game. There are several of each of the same color bean in the container but you don’t know whether it’s the good flavor or the bad flavor. There was canned dog food, barf, and skunk spray to name a few. We made sure to give each boy a cup in case they got the bad flavors. The faces were hysterical!

They decided it was time for good food so we had snacks, cupcakes, and Butterbeer (cream soda with butterscotch and whipped cream)! 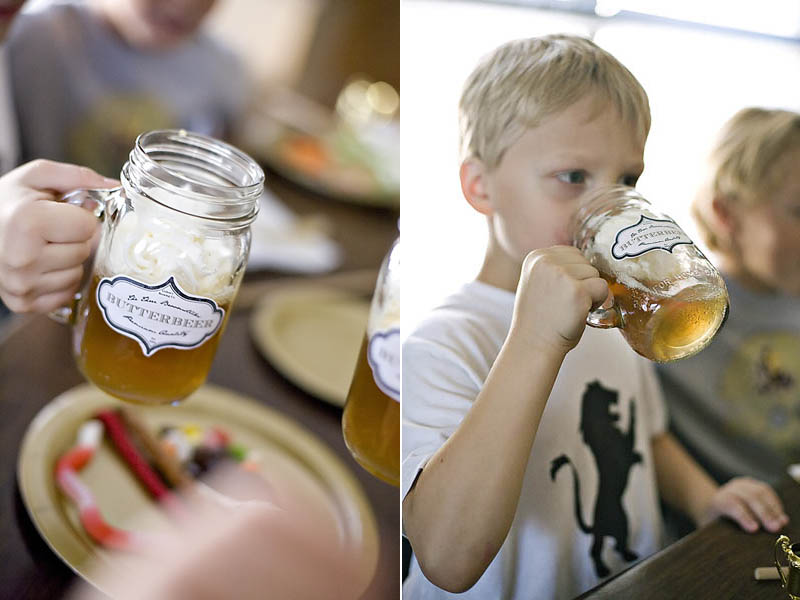 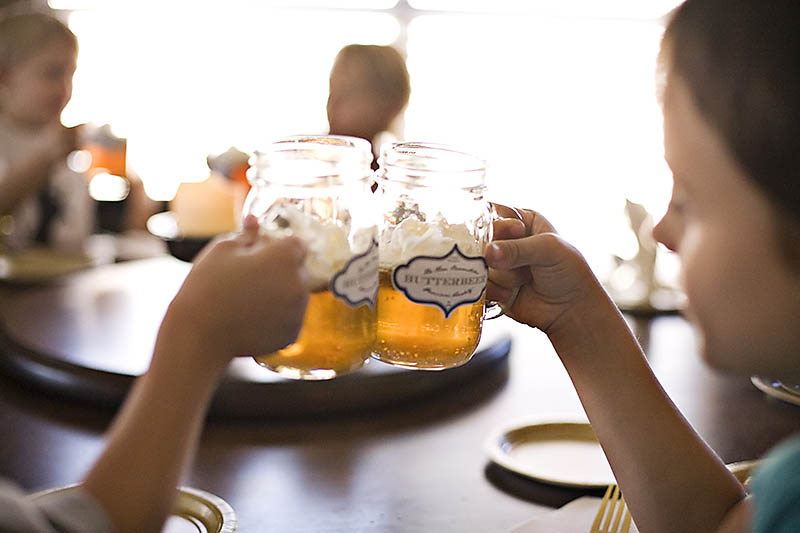 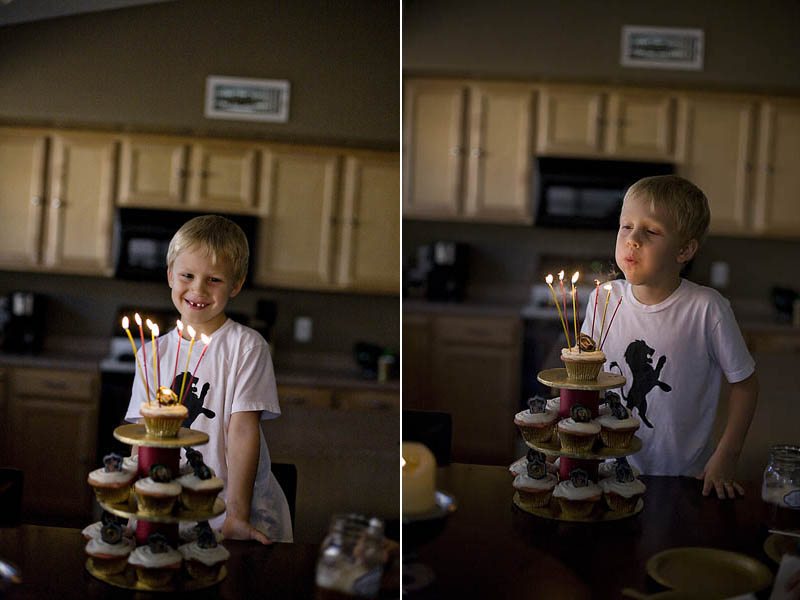 While they were snacking I passed out papers with an owl print that folded into a paper airplane. They wrote their notes on the back and I showed them how to fold them up and fly them around. A ministry of magic memo 🙂 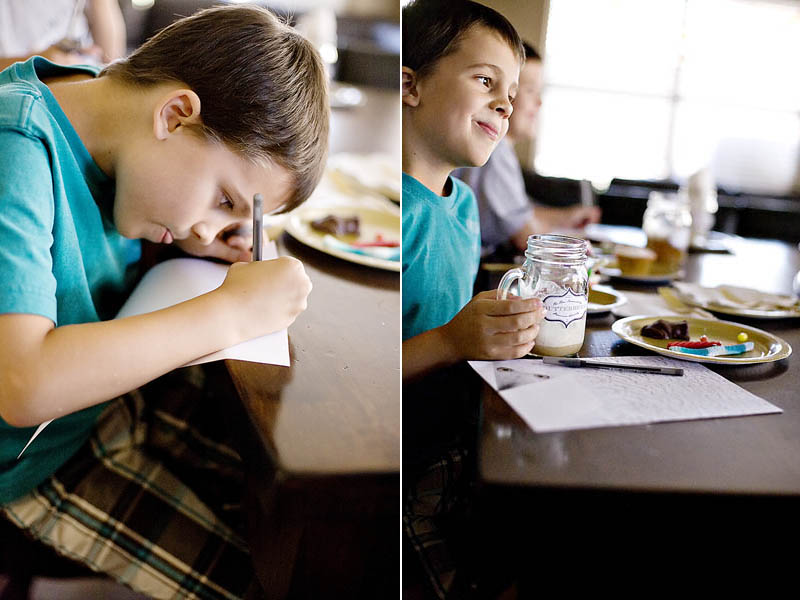 Then they went shopping at the joke shop where I dramatically demostrated the jokes. 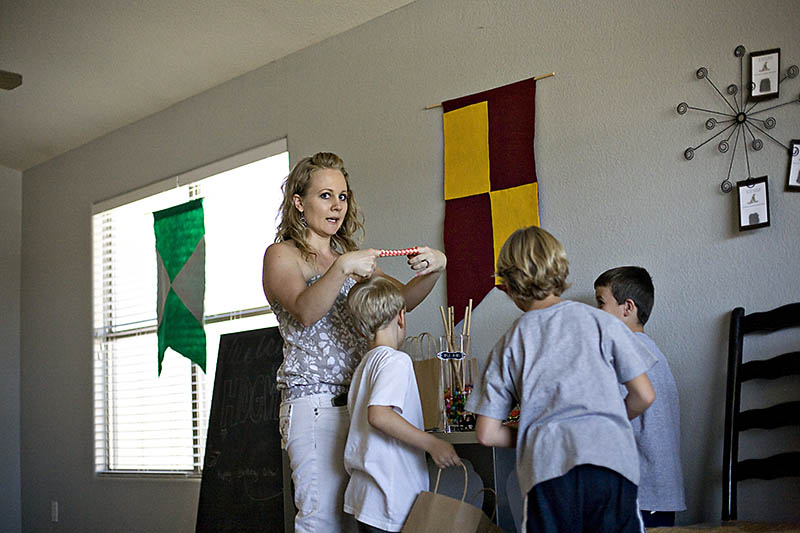 Opened presents and ran around like boys do until the parents came. It was SO much fun! 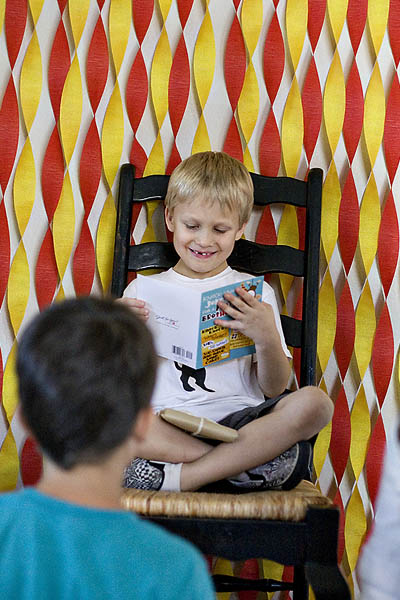 These boy party ideas were also featured on Spaceships and Laser Beams. 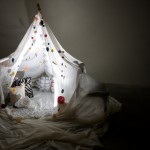 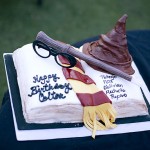