Minute to Win It Game Night!

I’ve never seen Minute to Win It before but the Game Show Network (GSN) is bringing it back and with a new host! Speed skating champion Apollo Anton Ono is the new Minute To Win It host! If you’re like me and have never seen it before each one-hour episode features competitors facing up to 10 challenges that escalate in level of difficulty using everyday household items. Each game has a one-minute time limit and failure to finish the task on time may ultimately eliminate the contestant.

The best part about the games is that they use everyday household items like pencils, rulers, cereal boxes etc. To make a whole night out of it we decided to have our own Minute To Win It competition. Blondes against Brunettes (there are 2 of each in our house). We watched the show together, researched some other Minute to Win It games and planned out our competition. The boys spent quite a while planning out the games of the night!

We decided that the winners will get breakfast (of their choice) in bed made by the other team. I think my husband’s competitive side has rubbed off on the boys because they LOVE games.

We started off with a Level 1 game – Speed Eraser (I knew the boys would like this one) You have to get 5 pencils in 5 different glasses by bouncing them off their erasers. Keep in mind all of these have to be done in 60 seconds or less or you don’t win. We used the show’s rules and each team had 3 lives.

Then we did Back Flip which is also a Level 2 game. In Back Flip you have to start with 2 pencils on the back of your hand then you flip them into the air and catch them with that same hand.

Next up was office tennis (I suspect this game is going to be played often in my “office”) which is a Level 5 team game. You hit a wadded up piece of paper back and forth using clip boards and finally into a trash can. This one was on the show we got to watch so the boys were excited to try it.

Our last game was Chop Stack (Level 7). In chop stack you have to stack 4 Chapstick tubes on top of each other using chopsticks. We didn’t have enough tubes lying around so we used marker caps (plus it was going to be hard enough for the boys as it is!) You should have seen the concentration!

We also have to deal with real life distractions. Like this

It was a tie! We are going to have a tie breaker night soon to see who wins and I won’t be as nice 😉

Why not schedule your own Minute to Win It game night?! The premiere is on Tuesday, June 25that 8/7c on GSN. For more information and join the conversation you can visit on Facebook and Twitter and visit the GSN website.

How about a chance to have your own family game night with a $100 VISA gift card?! Just answer the question:

“Which Minute to Win It game would your family love the most?”

You may receive (2) total entries by selecting from the following entry methods:

Blog about this promotion, including a disclosure that you are receiving a sweepstakes entry in exchange for writing the blog post, and leave the URL to that post in a comment on this post

For those with no Twitter or blog, read the official rules to learn about an alternate form of entry.

This giveaway is open to US Residents age 18 or older. Winner will be selected via random draw, and will be notified by e-mail. You have 72 hours to get back to me, otherwise a new winner will be selected.The Official Rules are available here. This sweepstakes runs from 6/18/13 – 7/17/13. 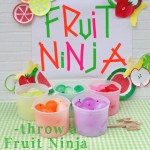 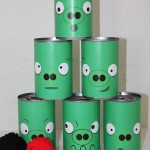