I thought I’d write a little post since I talked about my boy’s sleepover on Facebook. We had planned to have 4 boys plus my 2 over for a sleepover with all kinds of amazing sleepover activities and of course a midnight snack bar. However, things change.

We had planned on moving beforehand and were supposed to be settled in by then. Things changed and we were in the new house but just barely. There was nothing there. So we brought a few things over so that we could sleep there since that was the address on the invite. Then we realized that no one had RSVP’d except for one boy. I didn’t want to plan a million activities for 6 kids when we may have none. So I bought decorations and got snacks last minute. We picked out some things to put together a few goodie bags.

1 boy did come and my boy decided that to make it more of a special sleepover we’d go to a pizza place with an arcade and then to the movies (yes we did have the other boys’ parents permission). So we did. We saw BRAVE which they all liked and then came home for late ice cream cupcakes.

We did end up doing a few activities and I had my camera BUT forgot my memory card so iPhone photos it is.

Our birthday table set up 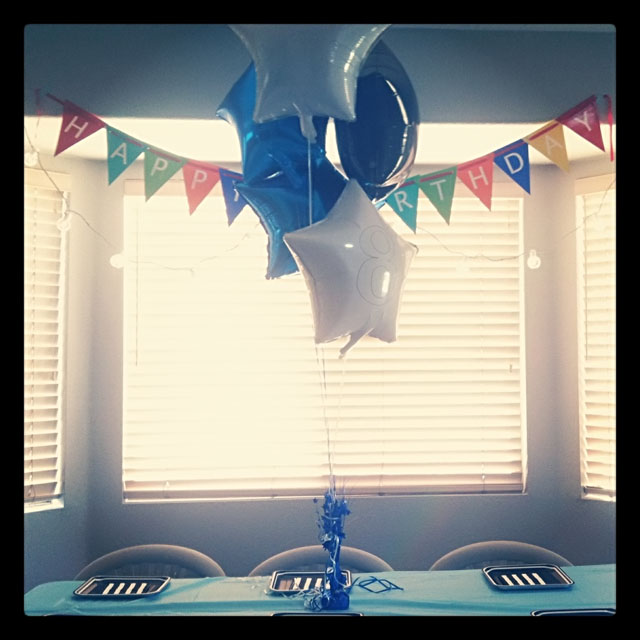 After the movie we came home and had a glow party. We put glow sticks into white balloons, had glow necklaces and glasses from the dollar section at Target 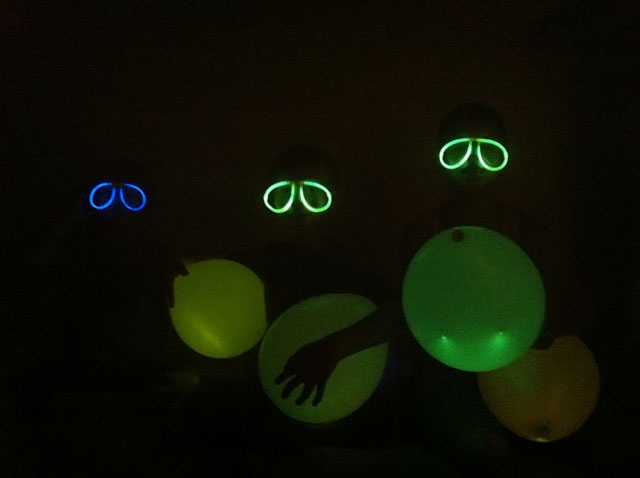 In the morning – a part of the party my son was most excited – cereal lol! We don’t ever buy cereal so he was super excited to buy several different types to choose from along with some cinnamon rolls on his birthday party morning. 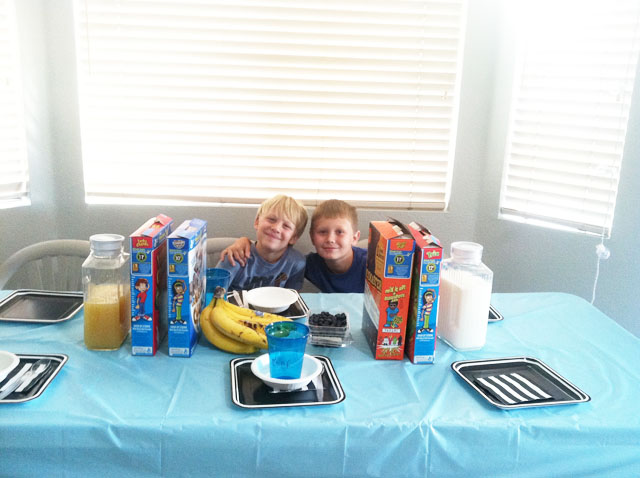 Then we went swimming at 8am and made light sabers out of pool noodles. 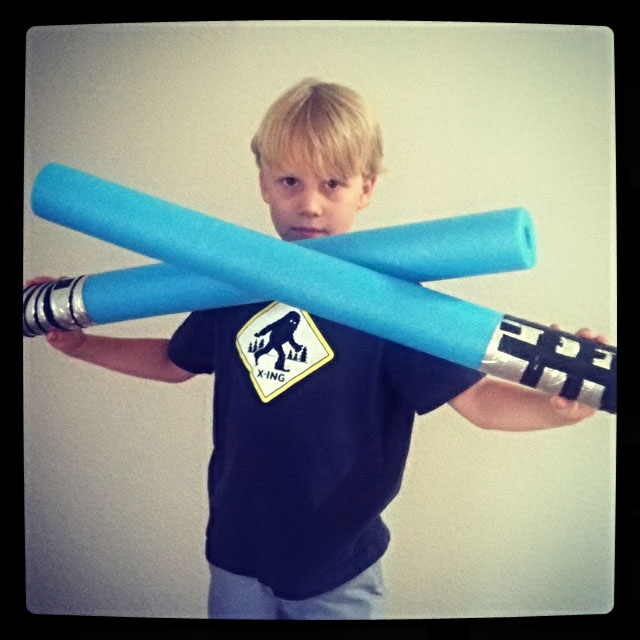 In the end he loved his little sleepover. His Harry Potter party last year was a bit more involved so having it a little easier this year may have just been what we needed. Just some more proof that we aren’t perfect over here either 😉 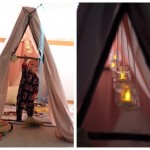