Special thanks to Disney for sponsoring my coverage of this trip. Post contains affiliate links.

“Chatting” is such a good word for this interview because that’s really what it felt like. Three-time Tony Award®, two-time Olivier Award and Oscar® winner Mark Rylance is the Big Friendly Giant and Fleshlumpeater, is played by the multi-talented actor, comedian and musical artist Jemaine Clement (“The Flight of the Conchords”).

Fleshlumpeater is 52-feet tall with a big ego and a very small head. While he is the leader of the pack, the alpha male, in truth he is just a bully and a coward and not the brightest of the bunch. “My character is just a pile of muscles,” says Clement. “The BFG describes him as a cannibal, which is pretty accurate as he finds humans – especially children – delicious.”

When they came in they both saw The BFG Pop! figure that was sitting on the table (my kids LOVE collecting these and yes, I brought one home). 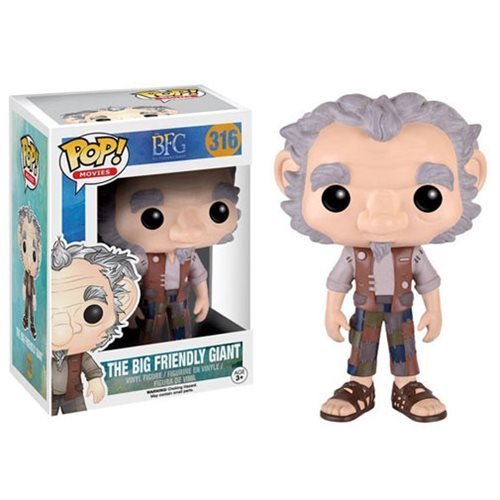 I guess they hadn’t seen it yet and I loved watching them check out the movie merchandise for the first time!

We were curious about how they went about getting into character. The Big Friendly Giant and the other giants were filmed in performance-capture suits because it was important to Spielberg that the actors have that real interaction. As a result, production on “The BFG” was a hybrid style of filmmaking using a blend of live-action and performance capture techniques to bring the story’s fantasical characters to life, all on real sets that were built specifically for the film. 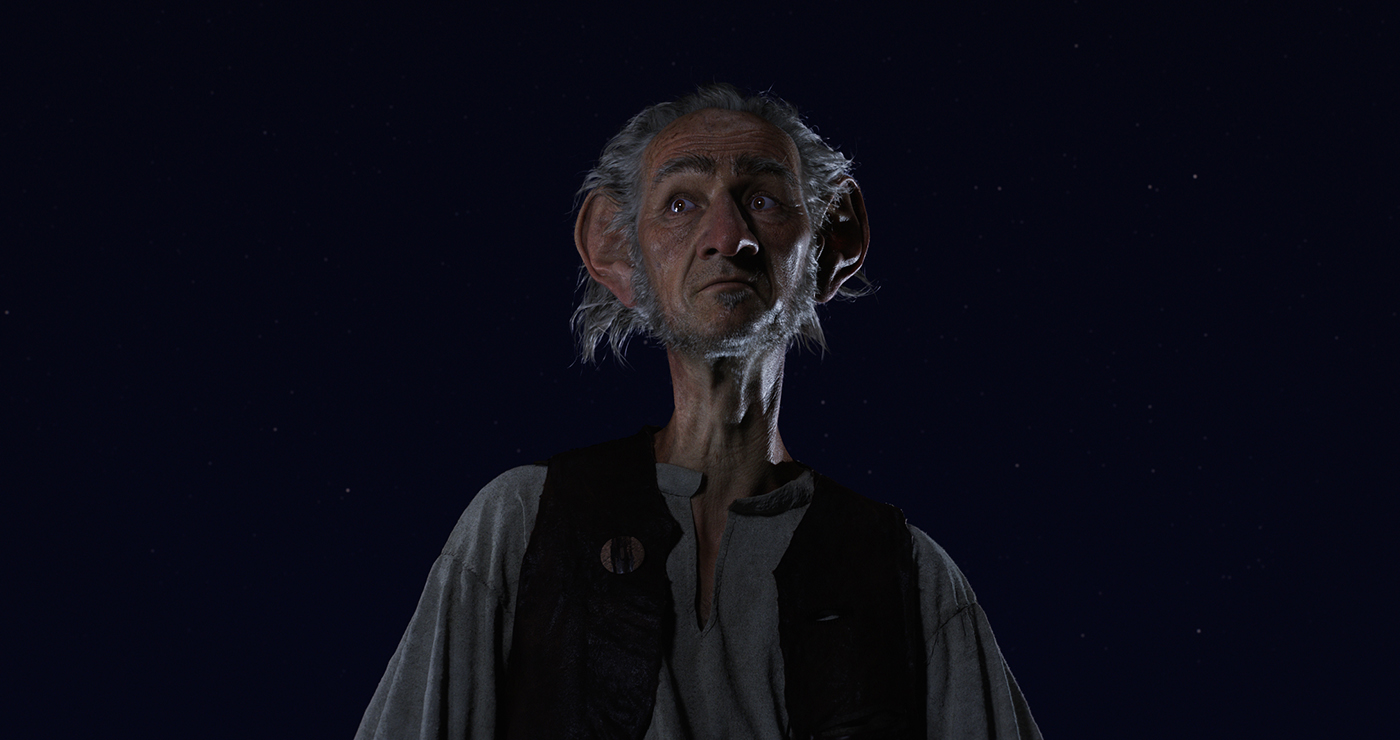 Mark: ” Well every morning it took about an hour and a half of them sticking glow in the dark marbles on us and battery packs and having a lot of painted dots painted on, about 45 minutes of having dots painted on your face through like a tight hockey mask.  So there was a lot of time to think and listen to music or, you know, just get yourself in a certain head space but, um, apart from that I don’t know how you prepare, it’s just playful, like a child really.

What was fun for us was in motion capture there’s no cameras, there’s no marks, there’s just like a playground, you just start to play and imagine it and speak the lines.”

Then we asked both about speaking giant. Was it difficult?

Mark: “Very hard.  Very hard indeed yeah, I don’t think there are any actors in the world that could have done what Jermaine and I have done.”

We started talking about Gobblefunk and Mark told us that “Telly-telly Bunkum Box” (television) was his favorite word. Of course that conversation lead to “Whizpopper” and whether that was a better word than “fart”. Jemaine brought up the great point that you’d have to have read a book to know what it was so it must be better right?! 😉

We wanted to know if it was fun playing a mean giant, he’s such a unique villain!

Jemaine: “Yeah he’s really fun.  The bad giants, well we would get to, rehearse our motion capture and just walking around like big, lumbering, lumps of meat, and that was really fun. Smashing things and intimidating people and being stupid is fun.”

Mark: “My son really loves it.  He helped me a lot actually, I read him the book again when we got to Vancouver, he’d already heard it but if he didn’t like the voice he’d go, no the other voice, and that’s how I found the voice, he’d guide me.”

They both said they loved the parts where they got to film scenes together. They are such dynamic scenes! They also both spoke very highly of Ruby Barnhill. What a lucky girl to get to work with people who respect her so much at a young age!

When asked what they hope people get out of the film they both talked about the importance of kids feeling like their thoughts and feelings are valid. That good things can come out of bad situations.

If you haven’t already, check out my interview with Steven Spielberg and Ruby Barnhill or my very first red carpet experience! 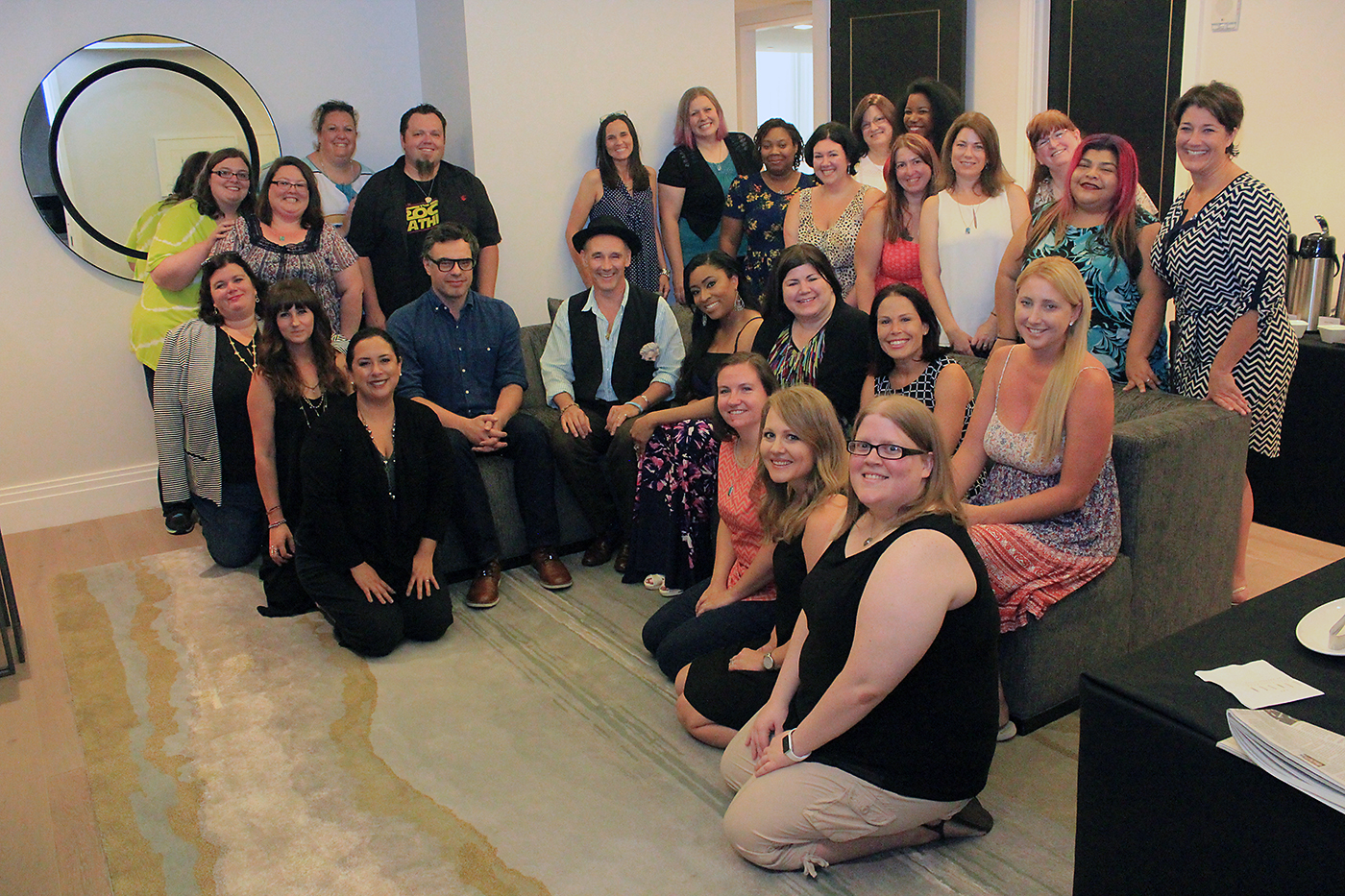 The BFG opens everywhere July 1st and after going through all our interviews I am itching to take the boys to see what they think! 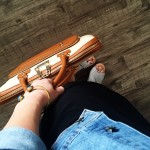 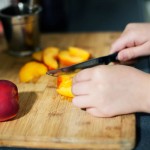