What Did Kevin Feige Have to Say to the #ThorRagnarokEvent Bloggers?

Some interview questions and responses have been edited to improve readability.

If you are a Marvel fan you probably know who Kevin Feige is. If you don’t he’s the President of Marvel (and also a film producer). He’s a pretty big deal in the Marvel world and we had the opportunity to talk to him during the #ThorRagnarokEvent in a surprise interview! Yes, my boys are totally jealous. 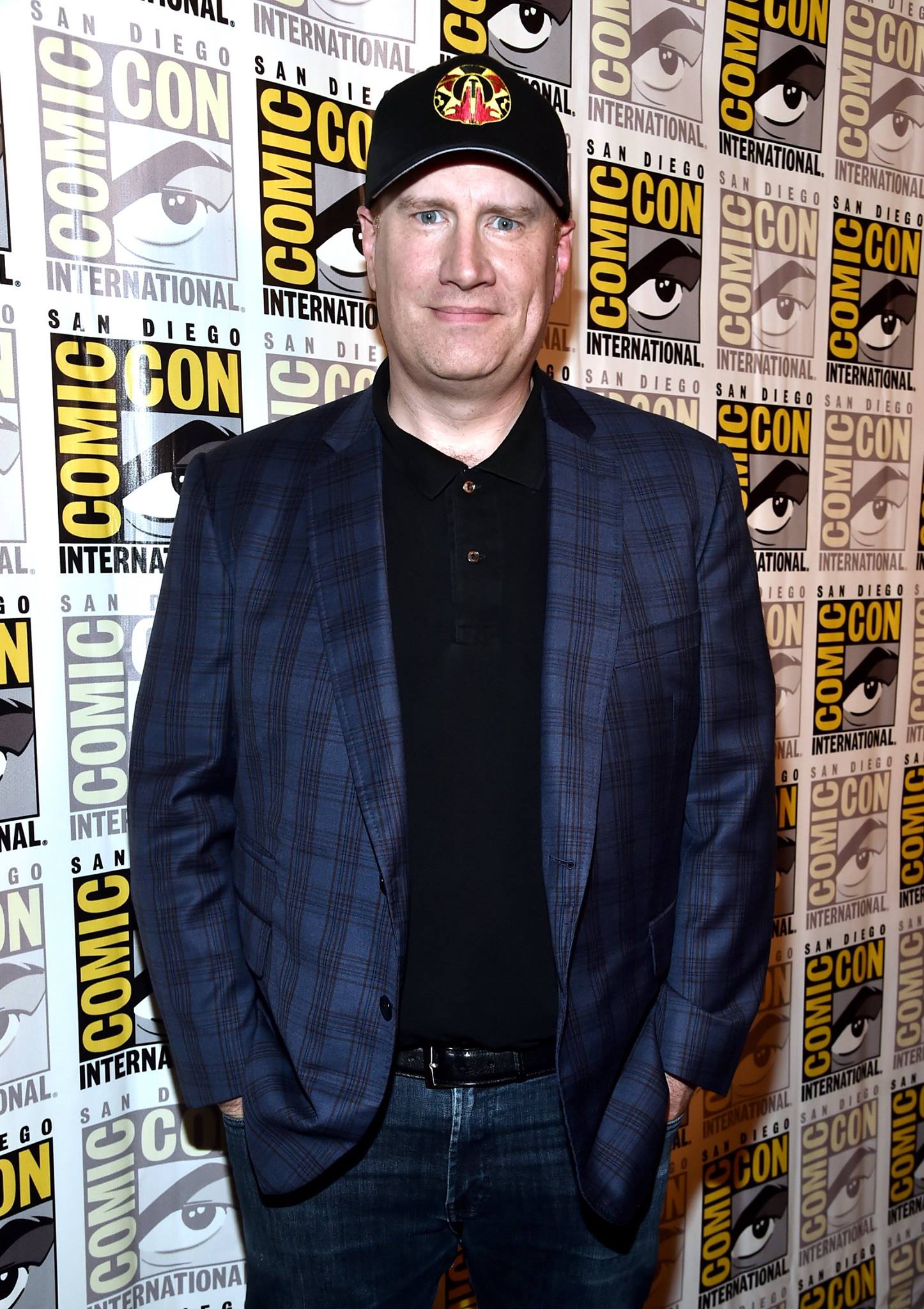 Kevin was all smiles when he walked in and seemed happy to chat with us about Thor, the Marvel Universe and even “THE blogger statement” Tony Stark made in SPIDERMAN: HOMECOMING. Here’s what he had to say:

Q: How are you feeling having Guardians of the Galaxy and Thor coming out in the same year?

A: It’s pretty awesome and I love that littler Peter Parker in high school is in the middle of all that.  It’s pretty cool and it indicates what I’ve always wanted people to understand that just because something’s based on a comic doesn’t mean they’re all the same.  Doesn’t mean they all inhabit the same exact tone or tonal world.

Q: Why does this Thor has such a different look and feel?

A:  That was our idea perfected and improved by Taika.  We wanted to, as we always do in our movies, go to a new place.  Go to an unexpected place.  Look at what we did with Shane Black’s Iron Man 3, the third Captain American film, with Civil War and we always look at a third film, Infinity War in the case of Avengers coming up, as an opportunity to, to take what the fans like, that they’re willing to go with us and take them to a totally unexpected fun place. 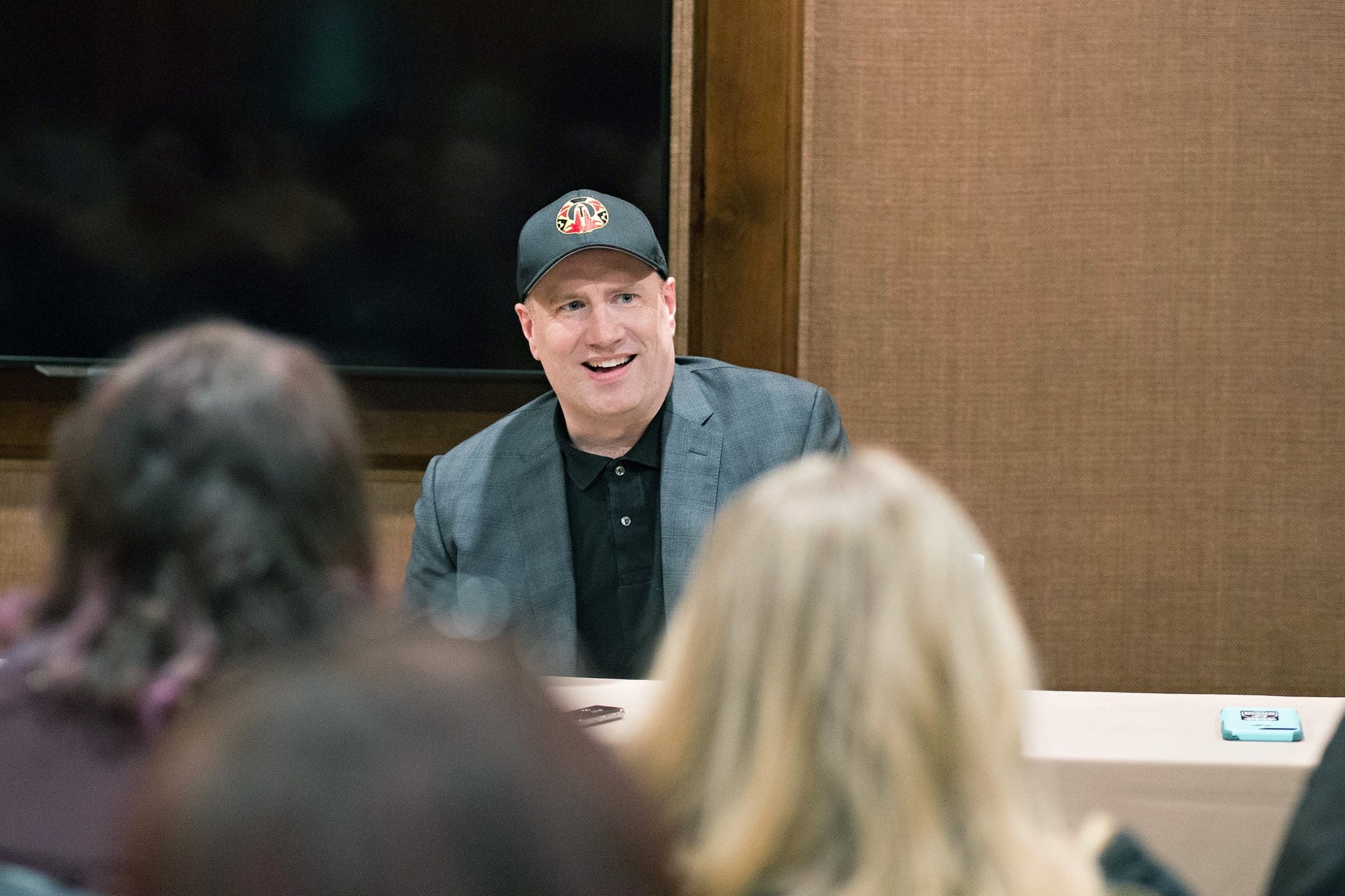 Q: What was behind pulling the Planet Hulk storyline into this movie?

A: Well, it was always something, Planet Hulk, in which Hulk finds himself in, forced into these gladiatorial games, uh, was always a great comic.  That image of Hulk with these big battle weapons and that big helmet, we loved.  We never really thought we would be able to do it, um, in large part because Banner is not a part of those comics.

And wouldn’t want to do a movie without Mark Ruffalo in it.  As we were putting Thor: Raganrok together, we realized, oh, this is where we could do it.  This is how we could do a taste of it.  This is not the Planet Hulk story, but it’s certainly the inspiration  of getting to see that and even characters like Korg and Meek who, as performed by Taika, steal the whole movie.

Q: Since we’re all “Friends from Work” here, can you comment on the “bloggers aren’t real journalists” line [made by Tony Stark’s character in SPIDERMAN: HOMECOMING]?

A:  That was an ad lib.  A comedic ad lib from Mr. Downey.  It was one of the many things he just says.  Moments before that, he says something about a human dog hybrid and puppies and who knows what he’s talking about?  It’s just funny. When we shot it, it just sort of went past me and we cut it together and only in sort of the early screenings I went, oh,  I’m gonna hear about this.

It was just him being funny. 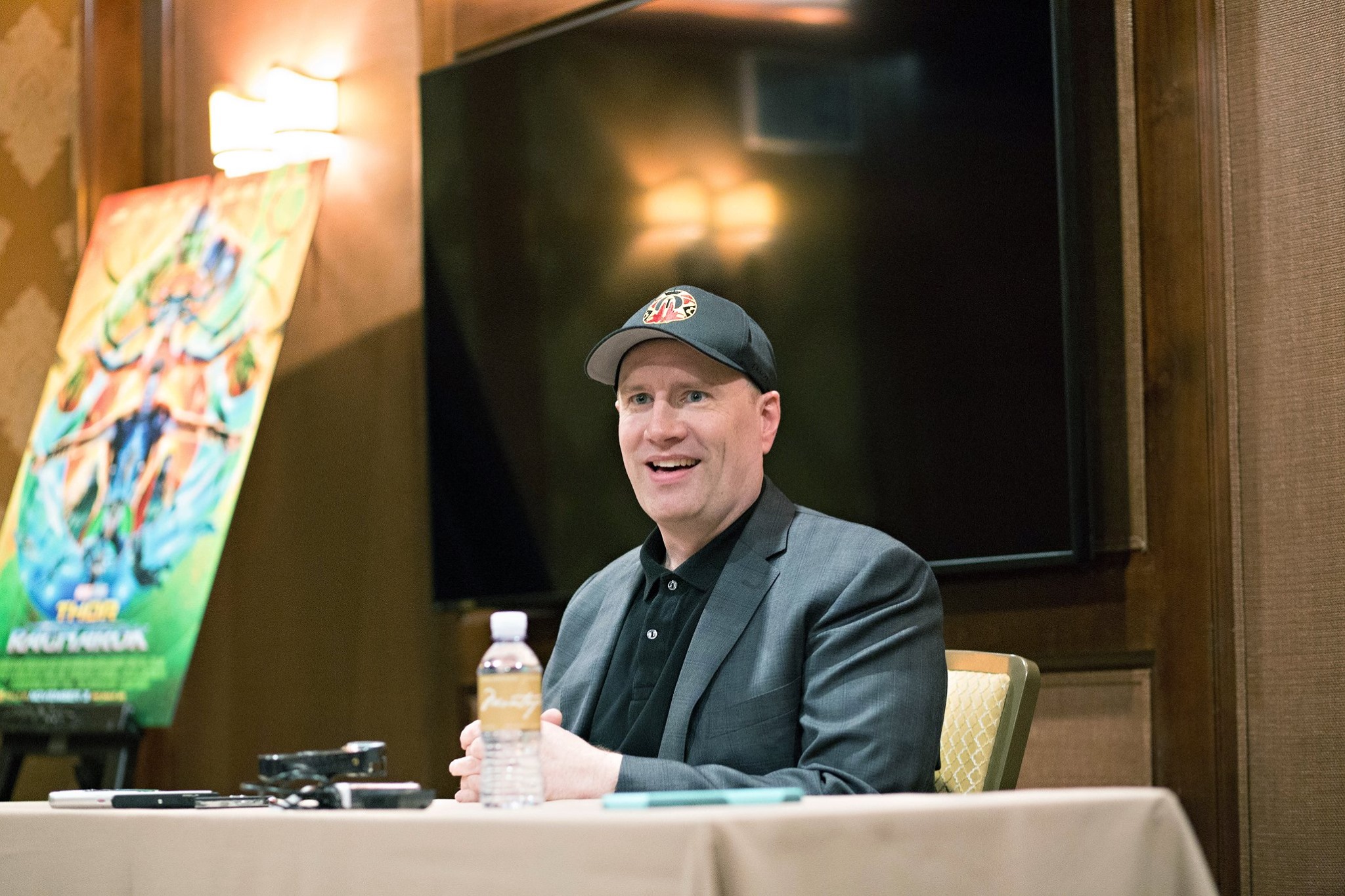 Q: Who is your favorite Avenger?

I think in the looking as we approach our ten year anniversary, it’s impossible not to look back on Iron Man one and what Favreau did and what Downey did and continues to do that really is the foundation for everything we’ve done.  So that, and the experience of Iron Man one was our, was our first, so, in many ways, is the one I look back at quite fondly, but I don’t have favorites.

Q:   How do you balance all the films you have coming out?

A :  You hire Taika Waititi, you hire James Gunn, you hire John Anthony Russo and I’ve got an incredible team at Marvel Studios where each film has a single embedded Executive Producer on it who sees it. Brad Winterbaum on this movie, executive Producer on that poster over there has lived with Taika for the past two and a half years.  Moved his family to Australia for months and months.  They’re on it the whole time, so I’m always a text or a phone call away of knowing exactly what’s happening anywhere at any given time. So it’s a great privilege to have this team in place.  Most of us have been together for almost the entire ten years  at the studio which is very unusual in Hollywood.  It’s great. 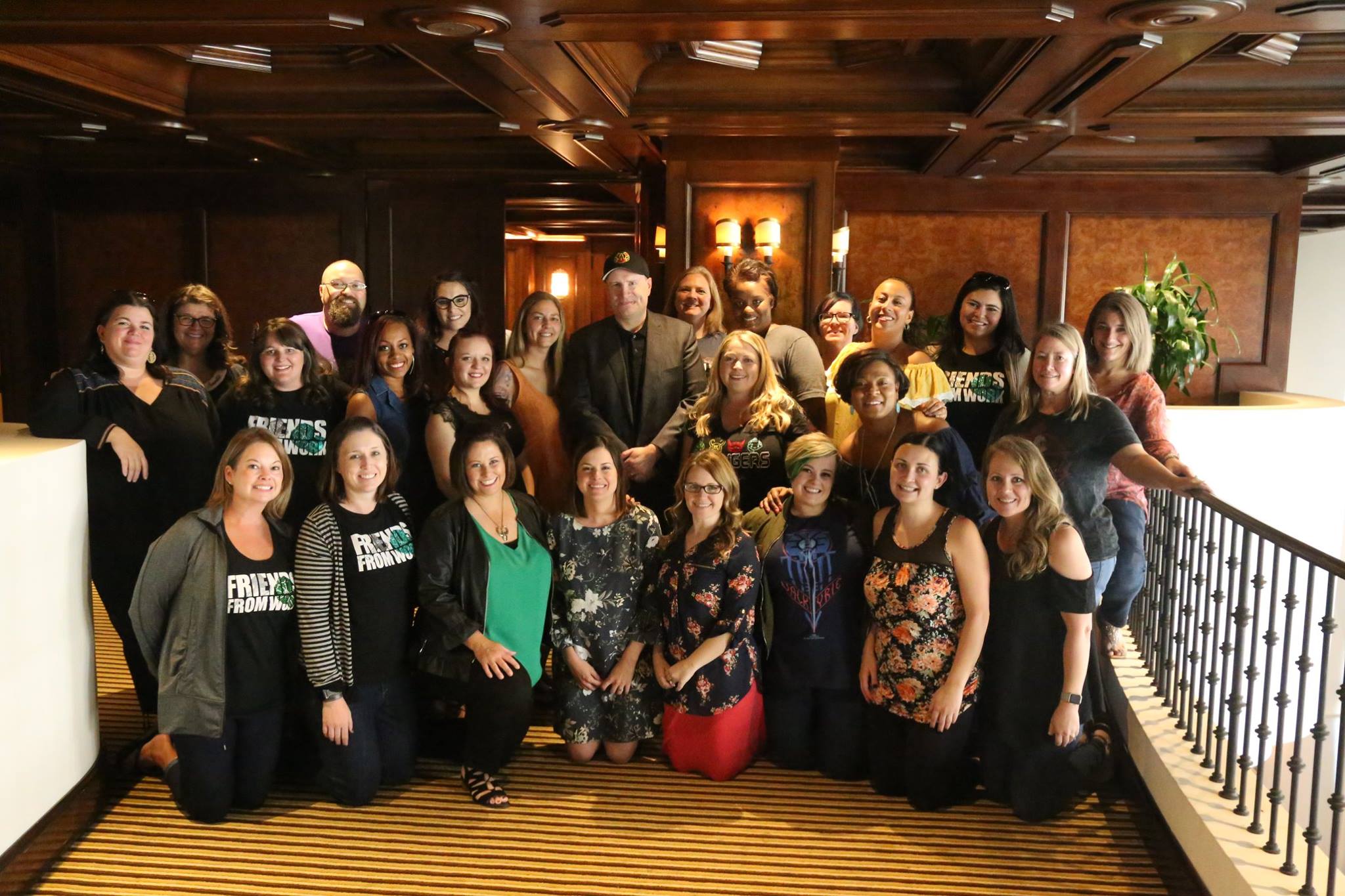 SO excited to see what the boys think of THOR: RAGNAROK. It’s in theaters everywhere November 3! 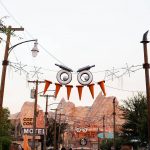 Celebrating the Release of Cars 3 the Disneyland Way #Cars3Bluray 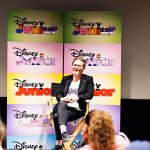