Did you go see THOR:RAGNAROK this weekend?! The boys finally got to see it and LOVED it. It was funnier for me the second time around too. Definitely go catch it in theaters if you haven’t yet! I have the final interview from the #ThorRagnarokEvent to share with you today and it’s with Rachel House! She played Topaz who works with the Grandmaster. We loved her character and I think you will too. If you’re not familiar with her you may be familiar with Gramma Tala from Moana? That was Rachel! She’s also worked with Taika on some other projects (which I’m catching up on now)!

While you were filming the scenes, there was a lot like really dead pan stuff. How hard was it to keep a straight face with all of that, which is hilarious?

You know, I’m, I’m pretty used to keeping a straight face, ‘cause I’ve done a lot of Taika’s films, and he, it’s always like that. But some of the other actors weren’t so good at it.  Like losing it. Like they were losing it, especially Jeff Goldblum, ‘cause he was,  he was so funny. And, you know, that’s not even half of it what you see. It’s not even a quarter of what, of the improvisation and stuff that we were doing, you know? And Jeff was just so masterful at improvisation, you know. 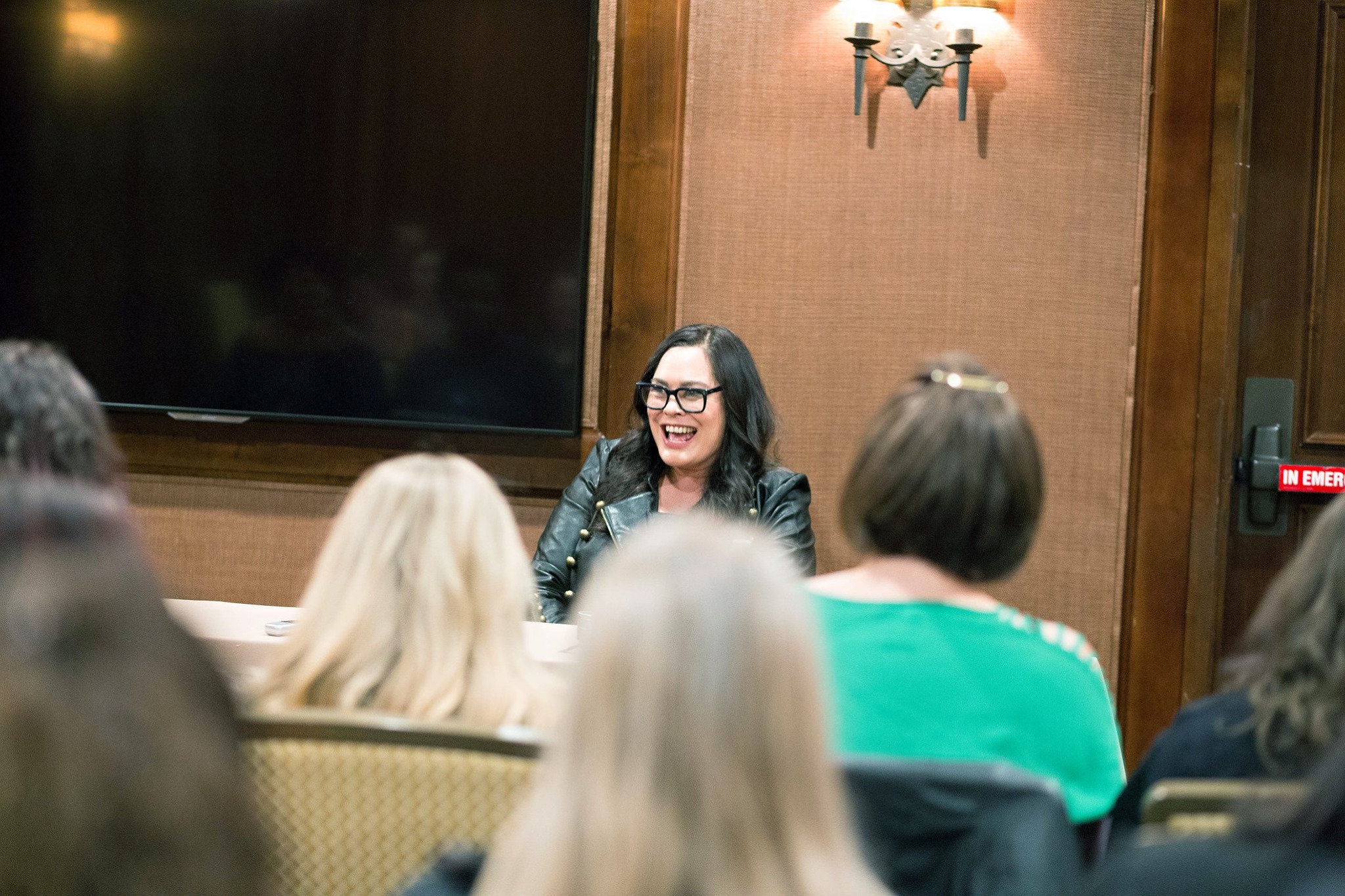 Speaking of that, what was your favorite scene that didn’t make it, or something that you wish had made it in?

You know, there’s a lot, and I think, I believe that they’re gonna do a little kinda gag real maybe with the release of the [film], something like that Taika was saying last night. There’s a whole thing we do with writing out a check, which is so bizarre in that environment. You know and I’m kind of giving instructions on how to write out a check in my stupid Kiwi accent as well. It’s pretty funny I think. But yeah, Jeff was fabulous.

What’s your favorite part about working with Taika?

Just the fun. Yeah, the fun of it is really good. But, I mean, this is the first film he’s done. The others were very independent, therefore we had a very limited amount of time to shoot. So, you know, we [filmed] people with five weeks. And we had to literally run around the bush, and the mud, and the snow, and the rain. It was a lot of fun. But we had no time, you know? So, we just had to keep going. Whereas in, in Thor, because of the scale I think as well, we got to kind of breath a little bit. So, and Taika was allowed to play as much as possible. So, so, that was really great seeing him able to do that without any kind of time restraint, uh, as much, you know.

You made us laugh and cry in Moana. What was that like transforming to this character?

Um. Kind of easy-ish. It’s a kind of character that Taika always makes me play. You know what I mean? It’s funny, ‘cause I just play all these really mean characters, and I’m not mean at all. I’m sort of really ooh about meanness. So, I think he kind of enjoys that. 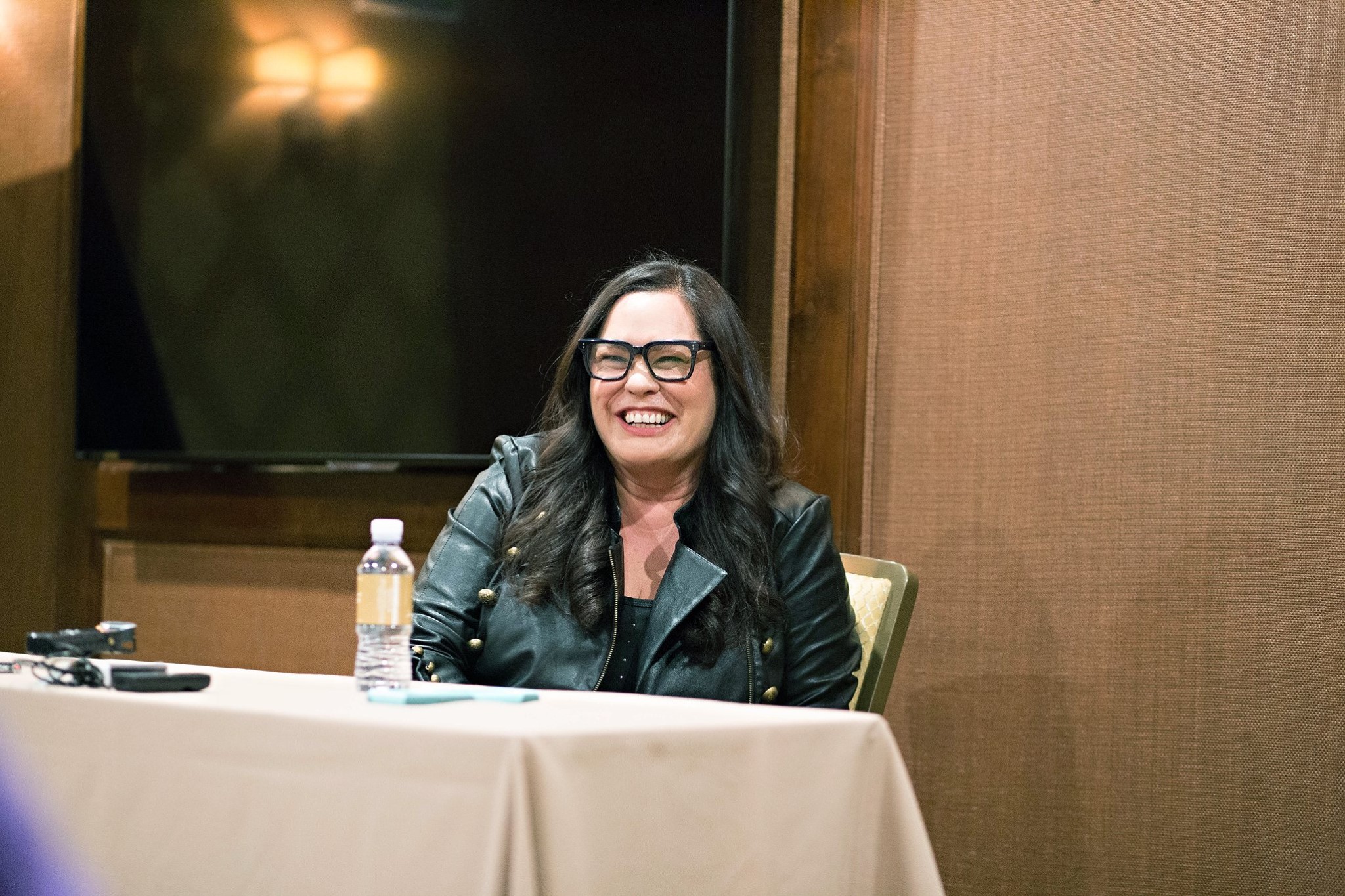 How did you first get approached for this film? Did he come straight for you?

No, he didn’t. I got a top secret kind of audition that I had to do through my agent. And she said, “Oh, it’s for Marvel.” And I said, “Well, that’ll be Taika.” You know, of course it will. And she went, “Oh yeah, of course it will.” And then I was given this tiny little saying with a few lines. And then [I] got a very kind of drawl, uh, email from Taika saying, “Oh, by the way, you got the role.” You know, which is really lovely. I don’t know if they saw any other people. I’m not sure. But he sort of, I think he kinds of made it what he wanted to see me do, even though most of it hasn’t ended  up in the film, but that’s okay. It’s okay. There’s better stuff in the film.

How did you get involved with Taika in the first place?

He was in a play in this little theater in Wellington, and he was the best thing about it, you know? And, um, I was a couple years older, and at drama school at the time. And, Wellington and I just, um, met him after and said, “You were so great. You know, thank you so much.” And then started becoming a fan of his little crazy comedy stuff that he’d do with Jemaine and Bret, and, um, another guy called Nigel Collins. And they had this really crazy little, they just did the most stupid things. They’d have sword fights with straws and reenact Star Wars. And, you know, that was their comedy. So, I became a very big fan. From then, we just kept staying in touch. And I, I mean, I had no idea he was gonna end up being a awesome film director. He was an artist, and an actor, and a comedian. And so, yeah.

How long did it take you in the makeup chair every day?

Not that, not as long as you might think. Yeah.  I can’t remember. I think, uh, maybe about an hour. Actually, that is long, isn’t it.

Were you familiar with much of the comics? The Hulk comics or Thor comics?

As you were filming, did you research any at all?

Well no, I watched a lot of Marvel films. So, I got familiar with the universe. But not all of them. You know, I’m still catching up. I haven’t seen all the Avengers films. I know I should do that.

Was last night the first time you got to see the film?

What did you think about seeing it with all of us?

Great. And, I mean, it’s so Taika. So full of comedy, and his unique brand of humor. And, yeah, and Korg was so great. It was amazing. And, you know, people back in New Zealand are just gonna fall about, because it’s such a familiar character. You know, that character is very real in our neck of the woods.

Do you have any favorite one liners from the movie?

You know, I probably do, but they haven’t made it in. I mean, [the] burnt toast [line] I really liked. That was one of about a 100 different things I said. And that’s the one that made it in. But I like, I like burnt toast. I mean, for me. There’s so many. To me, Valkyrie is just so my gosh, what a character. She’s so good.

Did you get along with Tessa Thompson in real life?

Oh, yeah, she’s a darling. What a darling. She’s wonderful. And it was so, I felt so embarrassed because I watched Creed, and I said to her, “Oh, I loved in that boxing film.” I always forget names of things. And then I realized that I’d seen Dear White People like three times, ‘cause I love it so much. And she, she’s in it, and I had no [idea], when I met her I was like, “Oh.” So it wasn’t until afterwards where I actually Googled her, because I tend not to want to Google the people I’m about to work with, especially if they’re kind of famous, you know, ‘cause I don’t wanna necessarily have that pressure, you know, feel intimidated. So, I didn’t do any of that. But once I realized it was her in Dear White People, I started Googling and seeing how much else she’d done.

Can you tell us a little bit more about any of the cut scenes that you really enjoyed seeing come into production, but didn’t see come into the movie?

Yeah. There was this whole scene where Jeff does a song at the keyboards. And, he made it up. It was really cool. I mean, I think he had a tiny little bit to kind of go with, but then he just kept expanding. You know, as you know, he is a wonderful jazz musician anyway. So, he just expanded that, and then I would, I was sort of his back up, really bad back up singer as well. So, that didn’t make it in, which is a bummer.

Was it intimidating to step into the Marvel universe?

Yes.  Yes. I’m from New Zealand, of course it was. But you get, you get over that really quickly. You know, when you meet people and there’s so many wonderful people involved in the Marvel universe, and just meeting them. And, yeah, they’re just people. They’re just normal people, talented people. So, yeah, the intimidation didn’t last long. 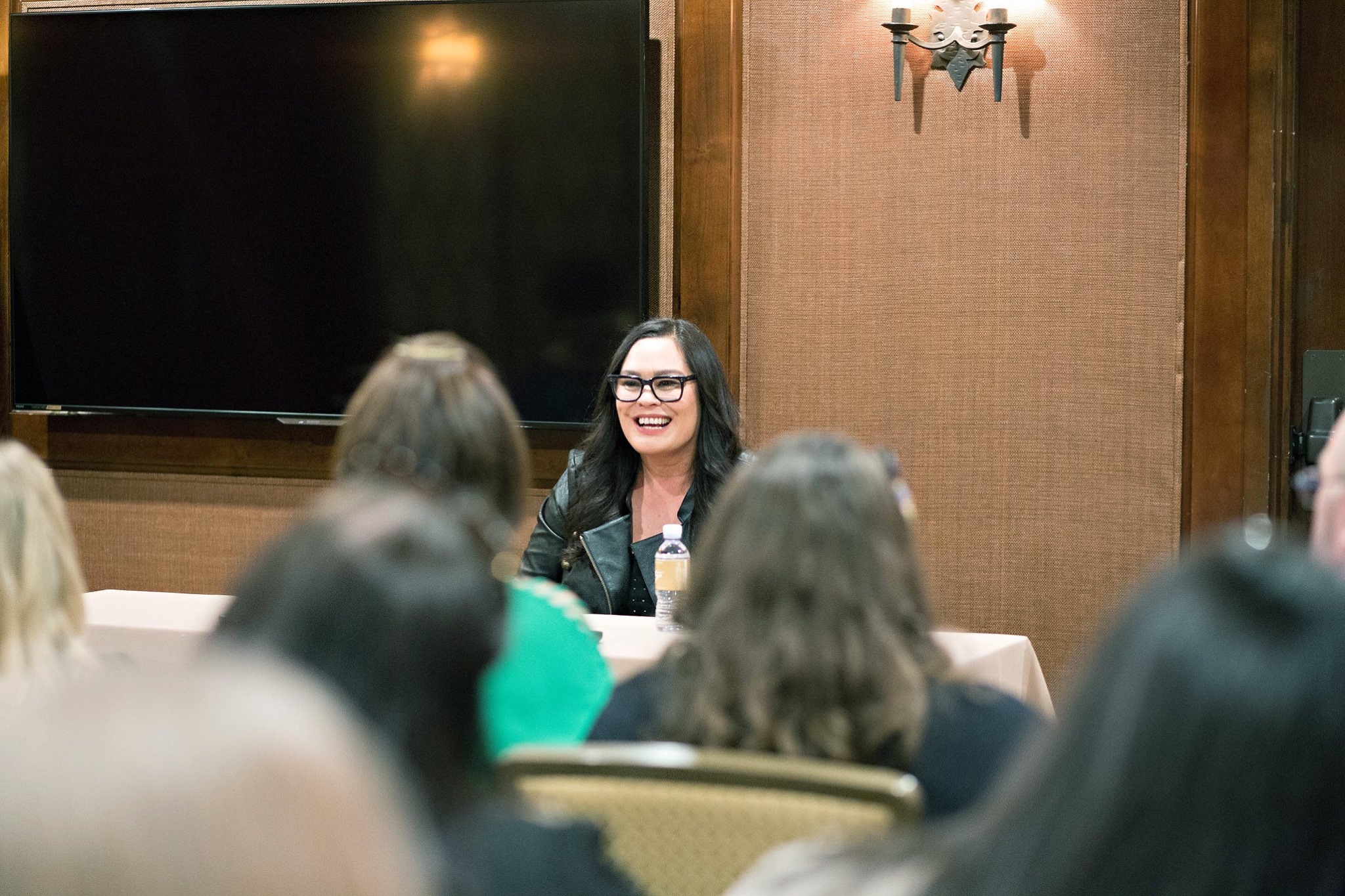 What did you find most challenging as a performer on set every day?

To be honest, my costume.  It was really stiff. It was hard to move. And also, when we were doing that spaceship scene, like I was grr, ‘cause it’s quite stiff. It’s beautifully made. You know, the, the costume designer is out of this world. But that was a bit hard to move in, you know?

You worked with Taika a lot. You’ve been coined as his good luck charm. How do you feel about that?

Yeah, not good, because when you put that out there, you know, it can reverse. And for that I was really scared. I was thinking, oh no, maybe that’s gonna, you know, implode. But, it didn’t, thank goodness. Yeah. Goodness. Yeah.

Go see THOR:RAGNAROK in theaters now! It’s being promoted as the best rated Marvel movie yet! 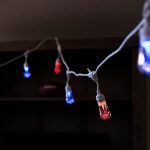 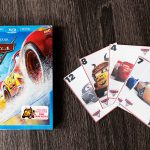