When I was in San Francisco for the #RogueOneEvent we visited the Walt Disney Family Museum. While we were there we got to preview a brand new show to the Disney Channel and Disney Junior that I think you’re going to LOVE – Mickey and the Roaster Racers. 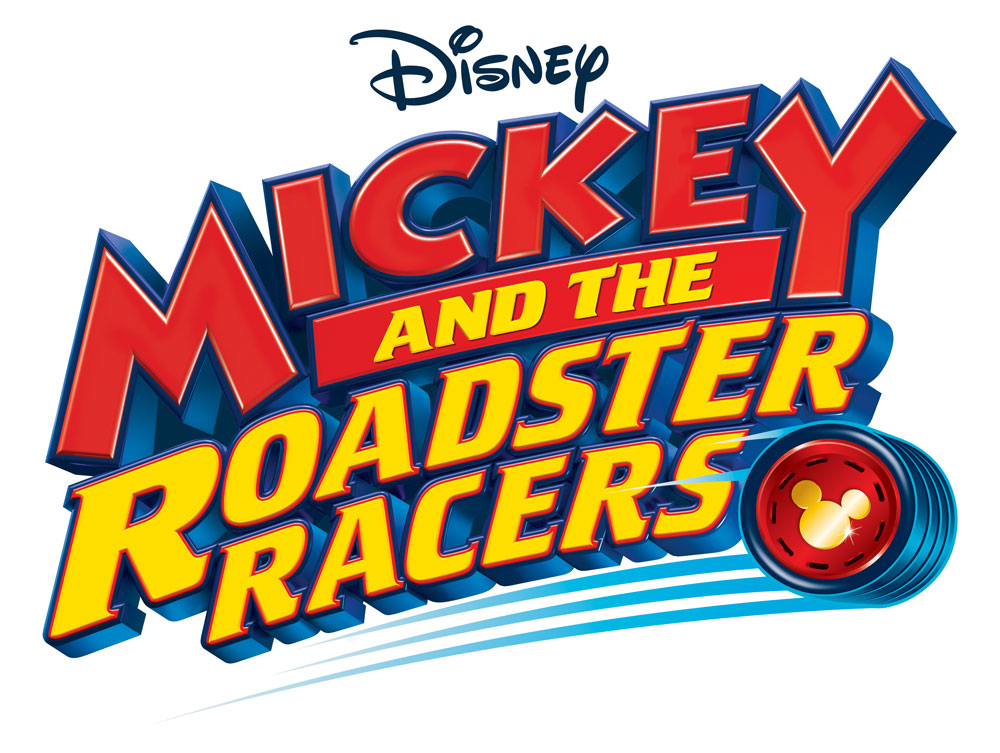 Not only did we get to preview the show but we had the opportunity to chat with Producers Rob LaDuca & Mark Seidenberg who are pretty much legends (to me anyway) with their work (original DuckTales anyone?! – Muppet Babies, Gummi Bears…) One of the things that Rob said that I totally took home was that he was always drawing and doodling as a kid and his father started bringing home butcher paper so he could doodle on the wall. So his advice to us… LET YOUR KIDS DOODLE 🙂

We viewed the show in this gorgeous theater at the Walt Disney Family Museum and afterwards got to take a picture of Mickey debuting his brand new racing uniform! 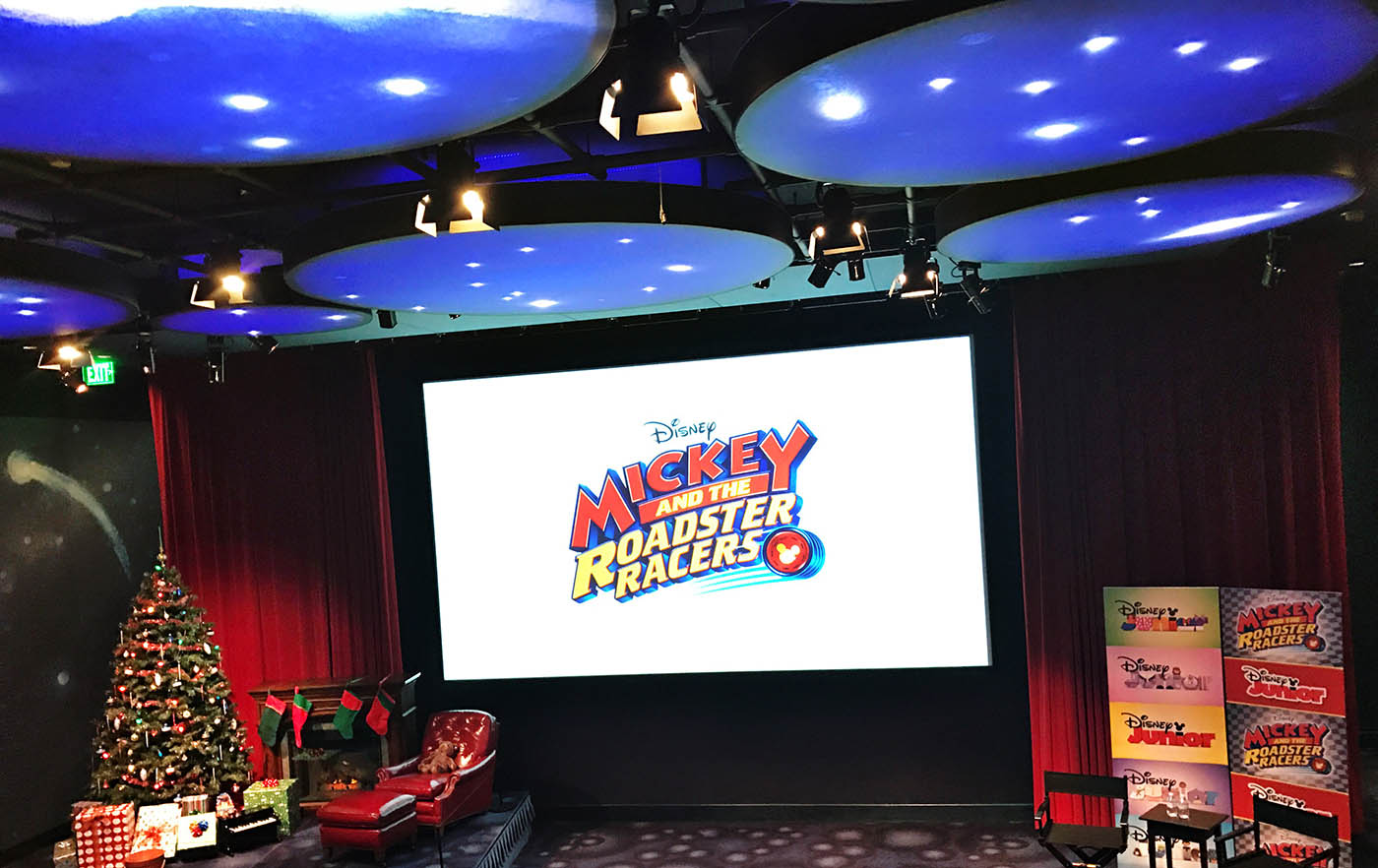 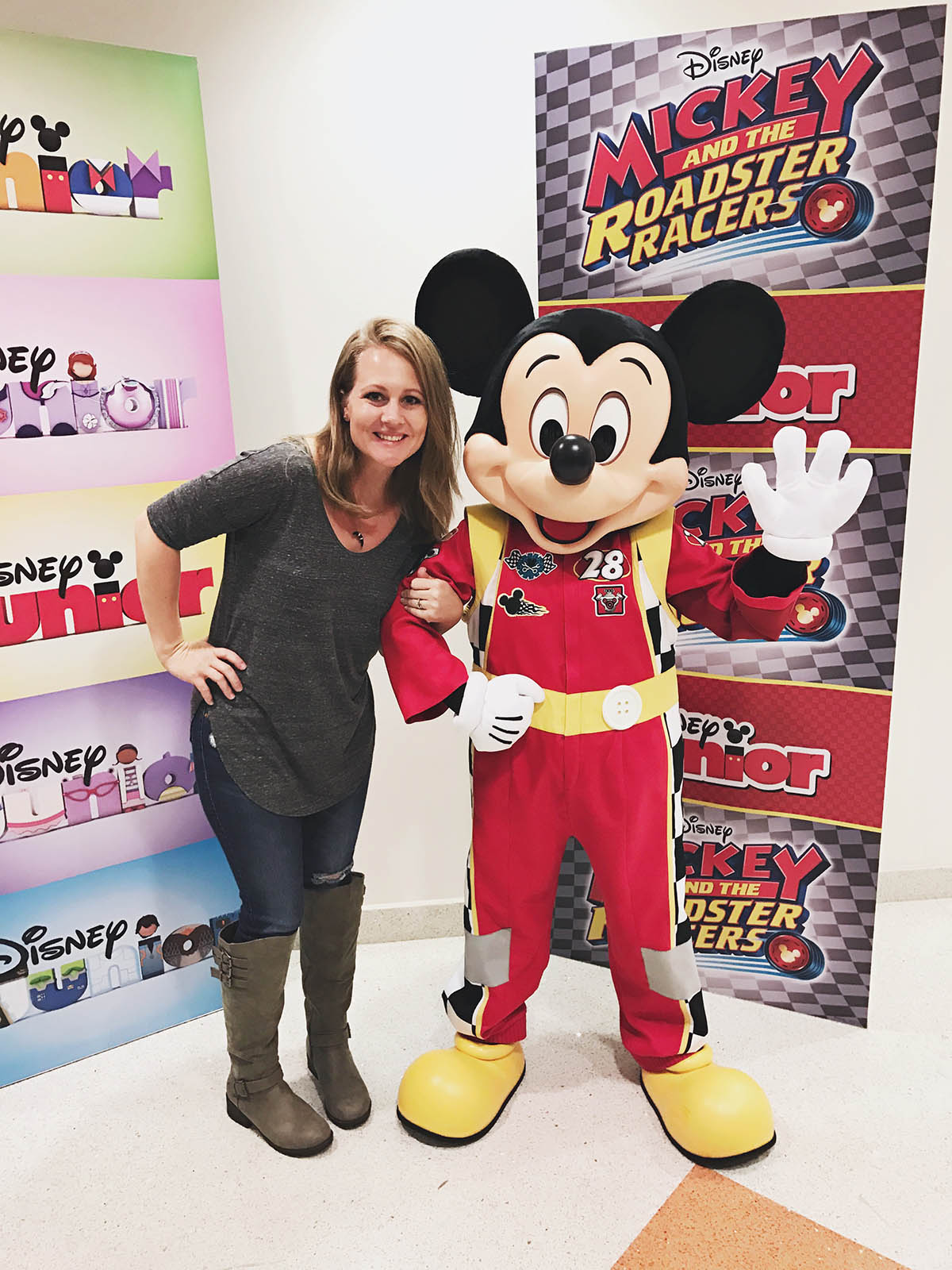 They really wanted to create a fun show that focused on friendship and trust which always seems to come back to Mickey! When developing the idea for the show they asked what the most popular Mickey Mouse Clubhouse episode was. It was Mickey’s Road Rally which gave them the brilliant idea for Mickey and the Roaster Racers!

On their individual cars:

“[We created the show] that involved every character who had their own little car that kind of fit their personality.  So we expanded on that, and we gave Mickey a classic hotrod. It’s his normal car from Clubhouse, and then it turns into this classic American Roadster.  A Hotrod easily made from a model T. Goofy’s personality, being so goofy, if his car could transform, what would it transform into?  A bathtub.  And Minnie being elegant, and into fashion, we went with kind of a bow car, but basically the design comes from a French car called a Delahaye that had very smooth curves, and looked kinda like a bow. Daisy, well, Daisy loves flowers, so we wanted to turn her car into a smoking dragster. Snap dragon.  And then, Donald, well, he’s a sailor, so we created the cabin cruiser.  And his is the only roadster at this point that can go on land, and in the water.  Which is very cool…  Minnie’s got a Pink Thunder.  And Mickey’s is the Hot Dog and Hot Rod. And Goofy’s is the Turbo Tubster.

We went to all different car collections to develop the show, and one of the biggest thrills was Big Daddy Roth who customized cars.  And we looked a lot at his cars.  It was also George Barris, the Batmobile and the Munster-mobile and the Monkees van.

I loved their excitement for working with different celebrities while creating the episodes. You’re going to see some special characters voiced by:

I’m going to watch the show with my older boys (it was that cute)!

“Mickey and the Roadster Racers” will make its television debut in a simulcast SUNDAY, JANUARY 15 (9:00 and 9:25 a.m. EST), on Disney Channel and Disney Junior. Two more episodes will premiere MONDAY, JANUARY 16 (9:00 and 9:25 a.m. EST), on Disney Channel. Episodes will also be available on the Disney Junior app and Disney Junior VOD beginning Sunday, January 15, and on iTunes beginning Monday, January 16. Do you want a sneak peek and a little behind the scenes?! I love this video that they put together just for us to share with you!

They already have some adorable free crafts and activities up on the Disney Junior site. I love these racing Mickey Ears (there are several options), but they also have a printable game, party supplies and of course coloring pages. 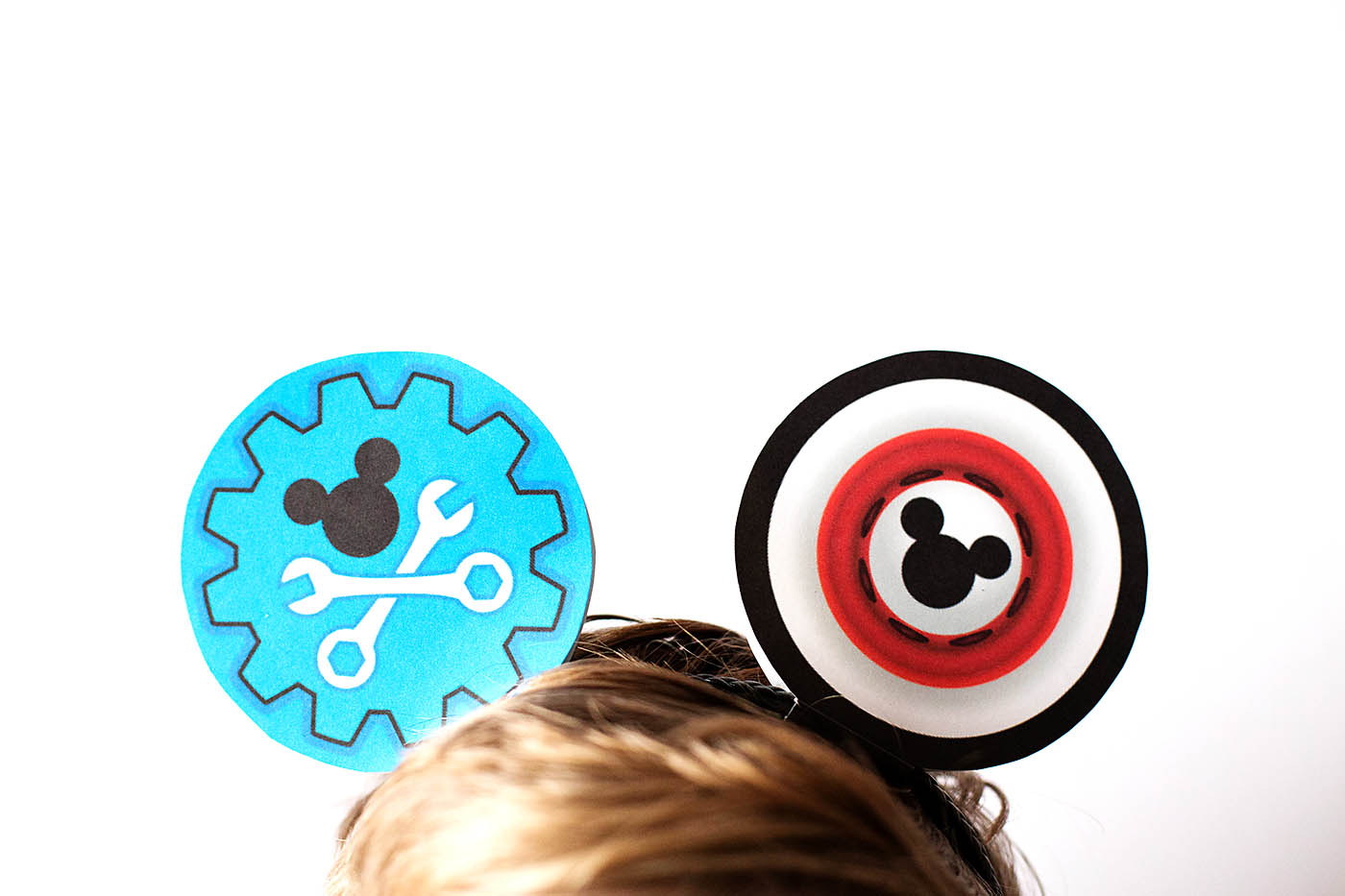 Who has kids that are going to love this?! Check it out this weekend and let me know what you think! 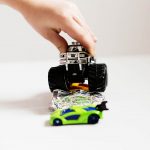 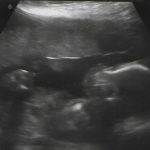 Another Boy + An Introduction