We have LEGO bricks out the ears over here. The minifigs are by far the favorites and most used. We have some in our shadow box display but I wanted something a little different. I saw this image on flickr a few years ago and then I posted about this great display Jaime made back in 2011. I chose to make a smaller version to try out for the first time. 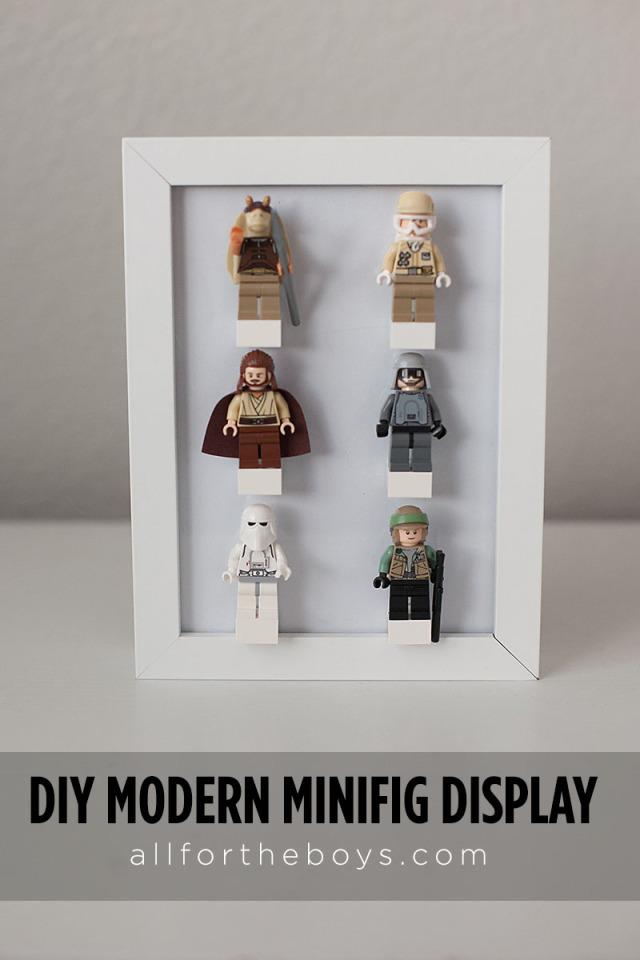 I used the IKEA RIBBA frame in a 9×11 (the one matted for an 8×10 or 5×7 with a mat). I like this one because it has some depth to it but I’m sure any picture frame would work. I left the glass in and just placed a piece of white paper as the background. You could do any image you wanted in the back! 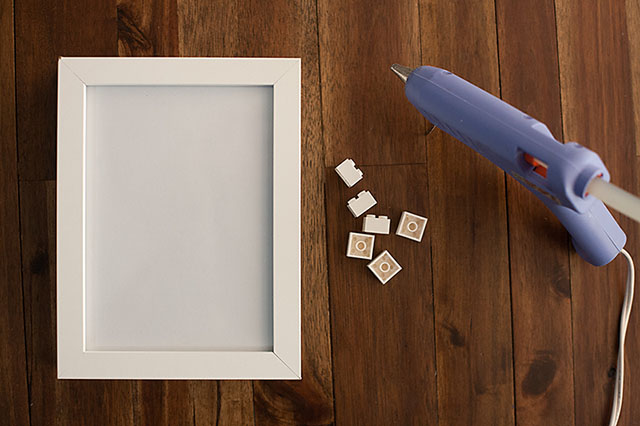 Now this is where some people might differ from myself. I am an “eye” it kind of person. No measuring was done here so if you are a perfectionist (or are doing more than 2 rows) you’ll want a ruler or something to measure distance to make sure these are spaced evenly.

I used 2×2 white bricks that we had picked up from the bick-a-brick section of our LEGO store just for this reason (so I wouldn’t get in trouble for using bricks that belonged to a set). I went ahead and put some minifigs on the bricks so that I could place them with enough room. For your reference they are about 1/34″ from the bottom of one to the top of another (not counting the studs) 2″ should give you plenty of room for normal minifigs. I wanted 6 to fit on this small frame so I spaced them accordingly. 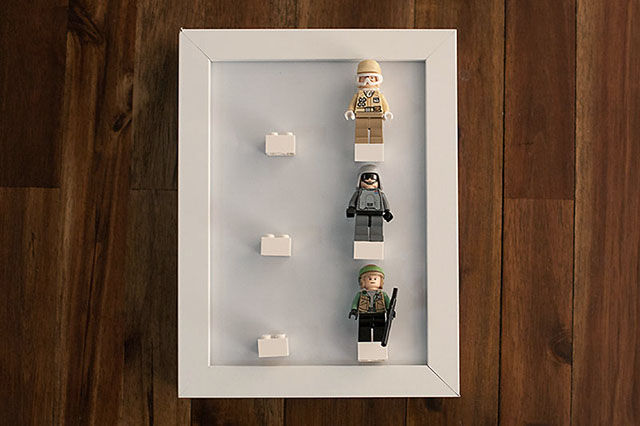 Then you hot glue the bricks directly to the glass/plexiglass. I like doing this because I can still remove the bricks later if wanted/needed. I haven’t tried it after a long period of time but within an hour they were still removable. 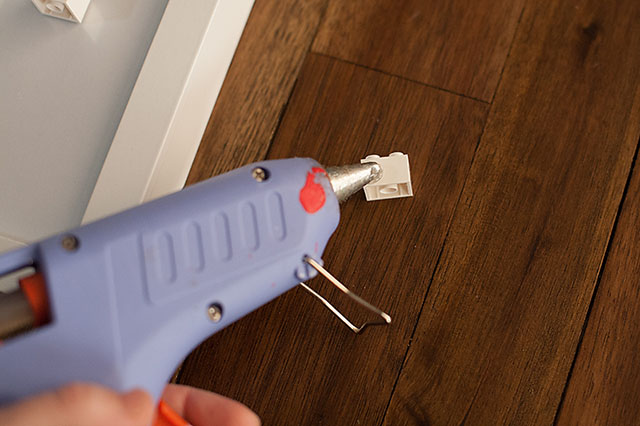 That’s it! Obviously a larger frame would take more time, but this small one was quick and easy and a big hit. The boys both loved it and want more in their room. We can mix and match along with our shadow box display! 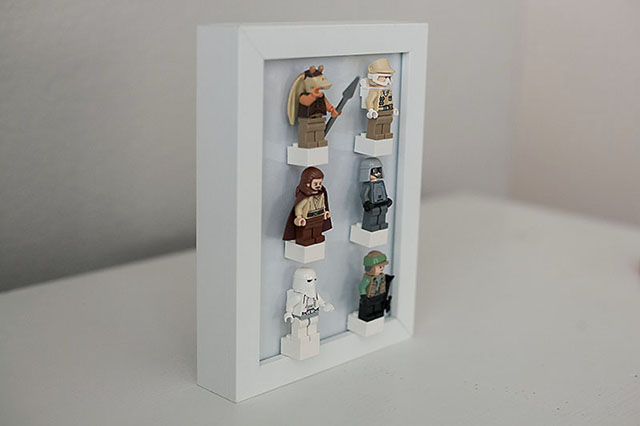 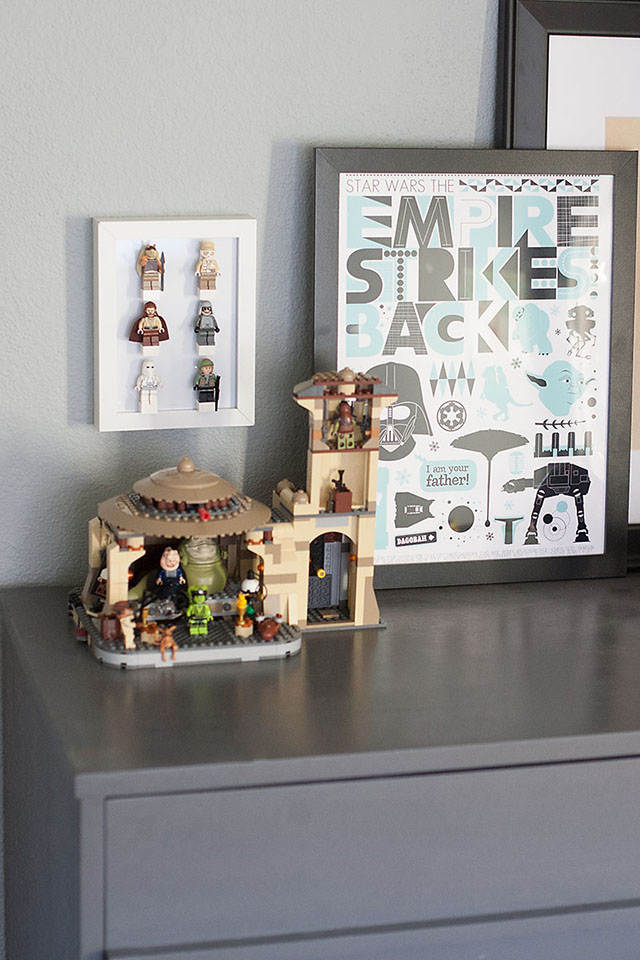 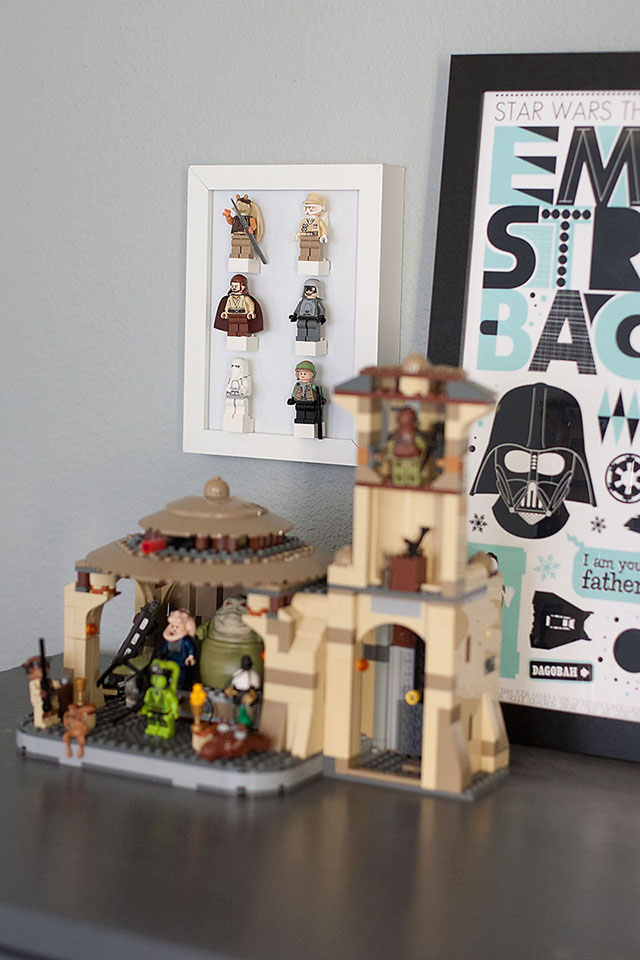 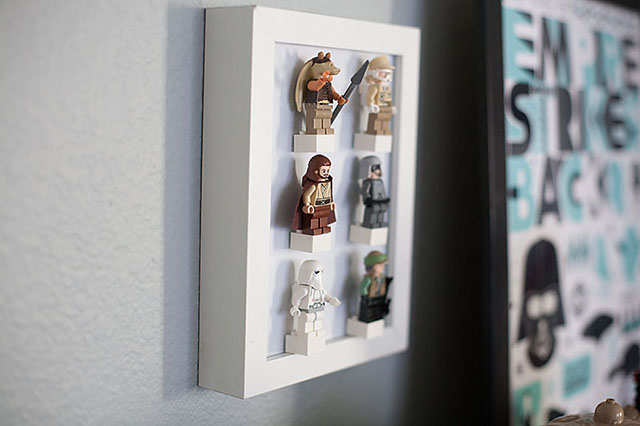 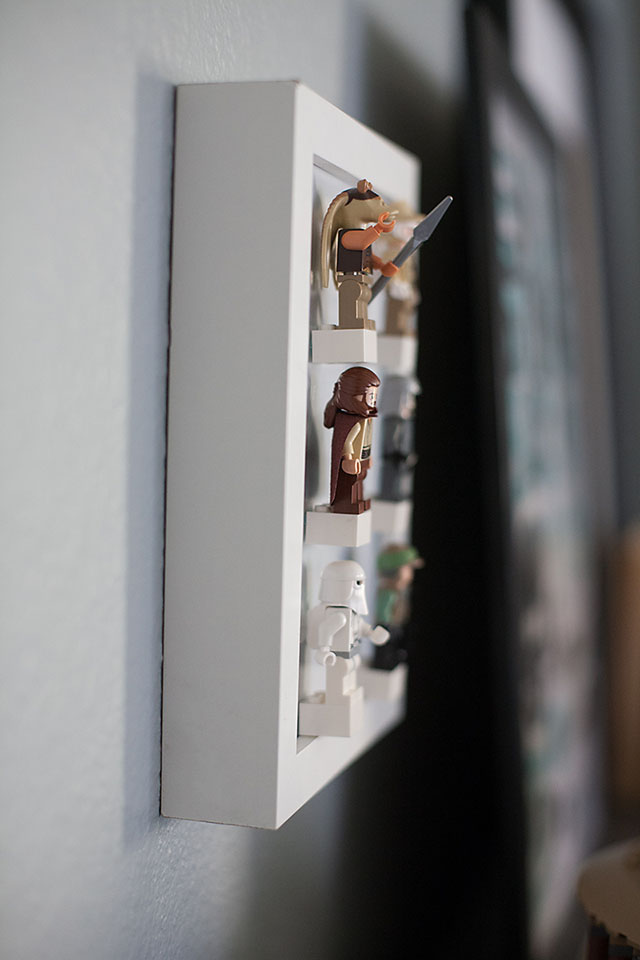 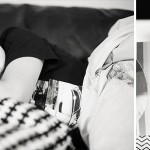 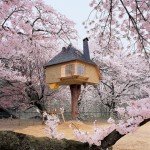