Where are the Star Wars Rebels fans?! When I was in San Francisco a few weeks ago (to see 28 minutes of Rogue One at Skywalker Ranch of all places) I had the opportunity to also screen a top secret episode or two of Star Wars Rebels! I love catching these when the boys are watching them but this special episode we saw was one of my favorites. We also had a chance to sit down and cat with Executive Producer Dave Filoni about Star Wars Rebels and what it’s like continuing such an epic storyline.

I got to ask Dave a question about what it’s like balancing entertainment that both parents and kids enjoy since it’s definitely something I love to watch with my boys.

“I appreciate that, ’cause it is a goal of mine. When I talked to George he would always say he created STAR WARS for kids. That was the big thing.  When I was a kid it was a great thing because my parents liked it. It’s not that they didn’t like everything else but they were very big into opera, very big into the symphony, very big into those types of stories. And there is a great relationship between those stories and what STARS WARS presented. There were a lot of things to talk about, as a family and characters that we could relate to.

In the beginning, a lot of fans would say, “Dave, why are you making REBELS for kids?” That’s such a perplexing question to me.  I would say to them well, when did you first watch STAR WARS? “When I was six, and it was the greatest experience I ever had.” My whole goal is never to take that experience away from kids.

There are some challenging things we get to, especially when you deal with the Jedi. Things get dark at times. But you always have to monitor that, you know, it’s like fairy tales have frightening moments in them. Otherwise when you shine bright and things are good all the time, it doesn’t shine as well.  I used to be a little kid and freak myself out just thinking of how [Darth Vader] breathes. But that’s what you want – kids to be afraid of the bad guys, because they’re evil. And they recognize that. So I just always think of those stories I had as a kid and those relationships I had.  I try to make something that’s not as much for myself but for my younger self, but my older self will still watch it and be like, that’s cool. It’s a delicate balance.”

On what it’s like to continue the Star Wars storyline.

“A good story didn’t need me, they hunt me and my help. The STARS WARS universe was great before I got there, it’ll be great long after I’m gone. And that’s just how I feel about this, it’s not my story. I’m privileged to be in a position where I get to add to it. I’m very grateful for that. But when I look at the work we’ve done in animation especially, and the characters that we’ve added with Captain Rex, we had Chopper and Ezra, Sabine and Kanan and Hera, adding those characters can give us dimension in ways that the franchise didn’t have before. Especially when you get to female characters, I think it’s telling the stories that’s been long overdue. And so we’ve been telling the stories and adding dimension to these characters. That’s the great part. And it’s fun when you have a tie-in but I like it when it’s more of a wink. It’s not something that was ever missing, if it was important, they would have done it. So I’ve always kinda looked at it that way. And I learned a lot of that from my years of working with George. So it’s fun to do, but you have to be careful that don’t overdo it, that your fandom doesn’t get in the way of telling a good story.”

On working with Forest Whitaker (YES Saw Gerrera is going to be on Rebels!)

“He was fantastic! It’s one of the secrets, when you’re a very good director and you have a really great actor. He doesn’t need a lot of advice – I just gotta put him into place and tell him what’s going on. And he’s just fantastic. So it was great to work with him and it’s added to a long list of incredibly wonderful performances that we’ve had in STARS WARS across the board. Not just on REBELS. But across the board. I just love that they want to do it, is my favorite thing.” 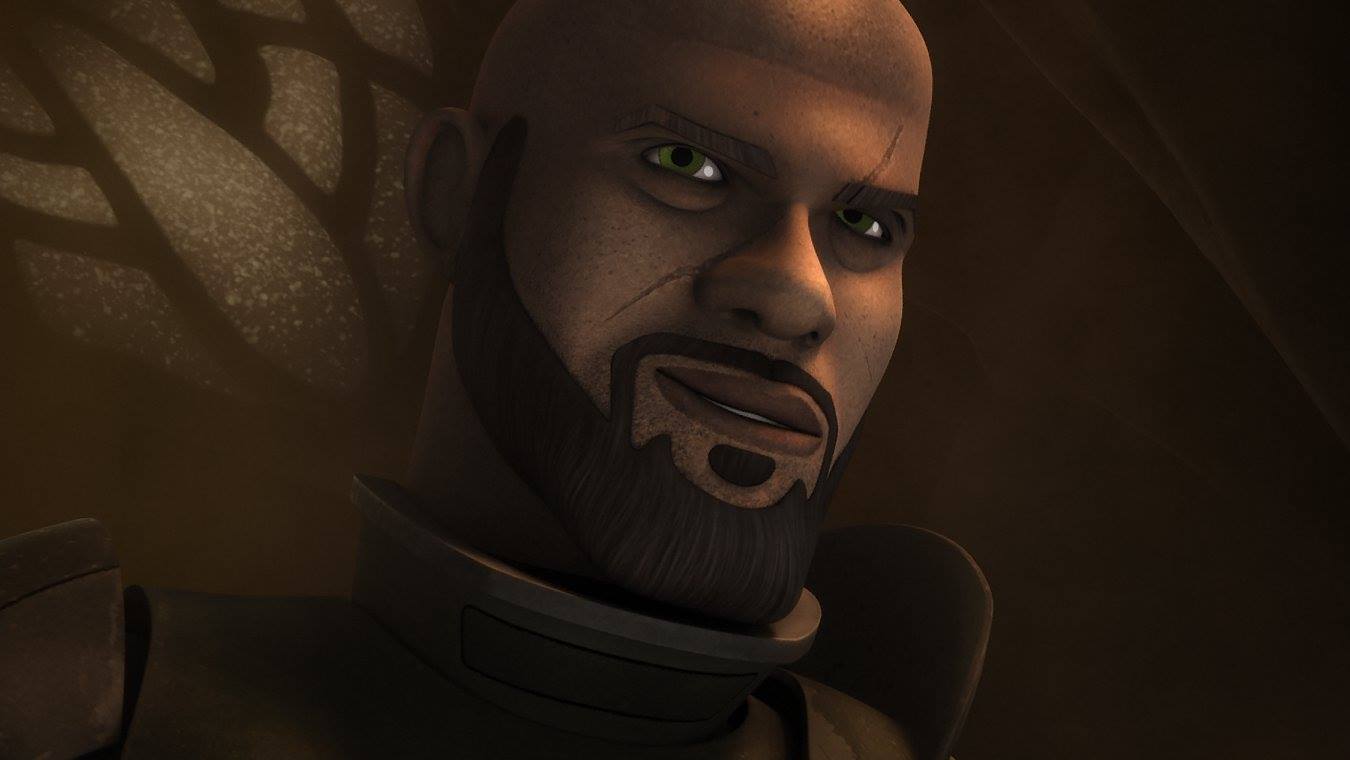 On working with George Lucas

“It’s fantastic. It’s the greatest education I could have asked for, in what I do. It was like going to film school on a daily basis with George Lucas. And he is incredibly knowledgeable, he’s incredibly patient. I had to earn that relationship, I had to earn the things I got to do. The challenge in CLONE WARS was to learn how to do this his way. Show him that we could do it as a group.

And then he would let go of it more and more, which he absolutely did as we went on with the series. But it was very challenging, he absolutely knows what he’s doing. If I left the tiniest shot a couple frames long, he would watch it, and I’d be like, oh no, I see. ‘Cause you know,  you’ll never notice as many mistakes as you have made until you are sitting next to the person you need to show it to. So we’d edit an episode all over and over and over again. And he’d come and sit down with my editor and I’d be like, ohhhhhhh, why didn’t we fix that?

But it was a great experience. And I wouldn’t trade it for anything. And everything that he taught me I recall, I wrote down. And I keep teaching that to people today, no matter who it is, that I come across in the story of STAR WARS saga. Obviously I’ve added my own ingredients to what I do, but I always try to approach it from that perspective that I have. And that’s why I’m not trying to make my version of STAR WARS. Though as the years go on, I suppose that’s inevitable. But I’m trying to remain true to the point of view that he had, that he wanted for these characters.

It’s not mine, like I’ve said before, I’m just a part of it. But I have a job to maintain the integrity of this thing, to keep it special, as special as it was for me growing up. So that’s the way I see the goal. And hopefully we have achieved that. I’m so far very pleased with REBELS and how it’s evolved. And I think that by the end, it’ll be something that fits nicely in the STAR WARS galaxy.

He just taught me to be incredibly flexible with the opportunities that are on hand. And when you see something, to go for it. And it’s better to attempt to do something great than to just stay safe. He will push. And we would look at some stuff we were doing, and he would say, “You know, we’re right on the edge at this time, this is either really gonna work, or people are gonna hate it. But we’re gonna go for making this great.”

He used to say,

Which is something I always say to my team, and it seems simple, right? Of course, everybody thinks that when they start out. But it’s amazing how many times you pull yourself up or you hold back or you get afraid. And in STAR WARS as with everything, fear is the root of everything that is failure and jealousy and greed and evil.” 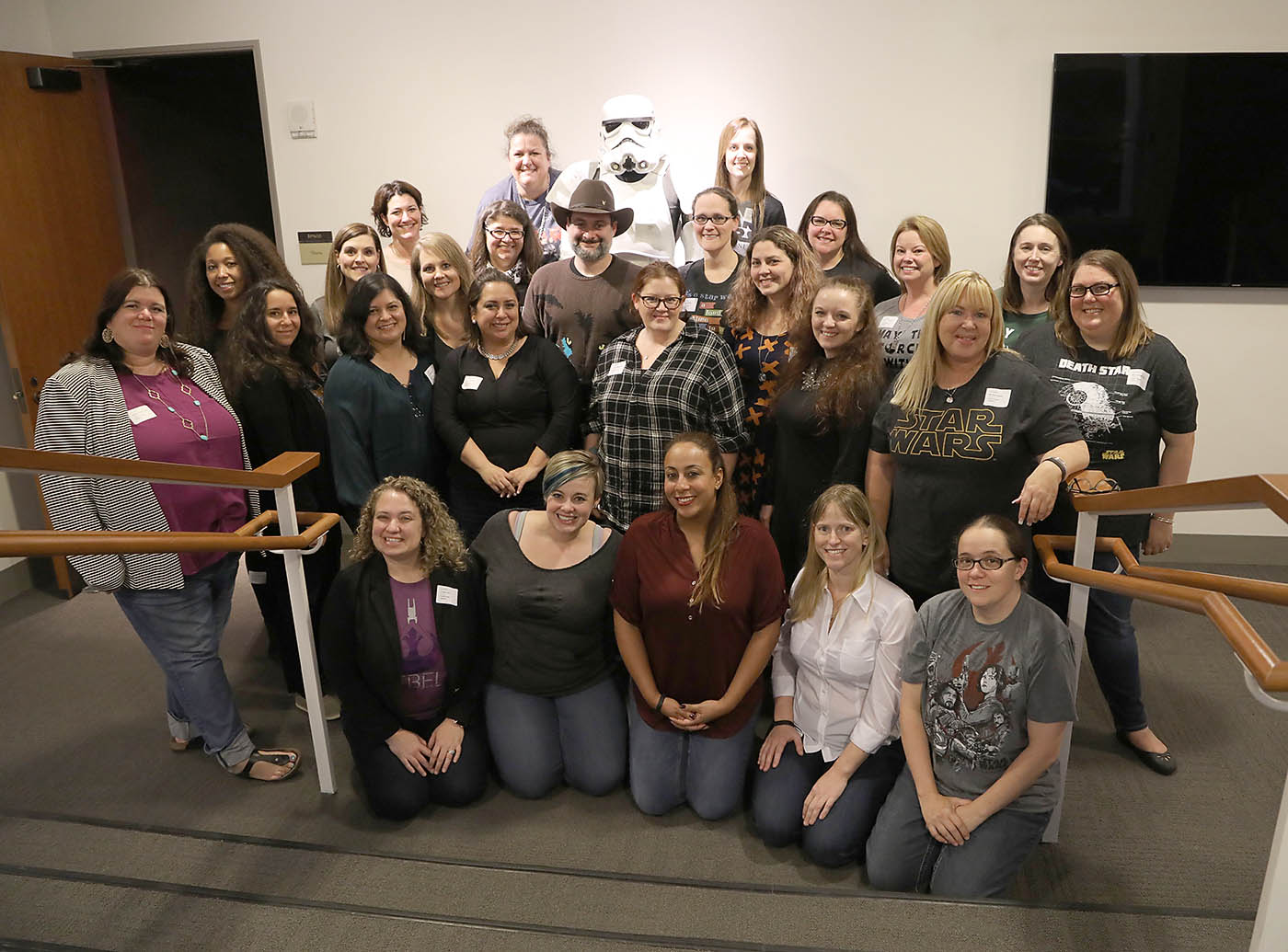 Here’s some info on Star Wars Rebels Easter eggs and connections in Rogue One. 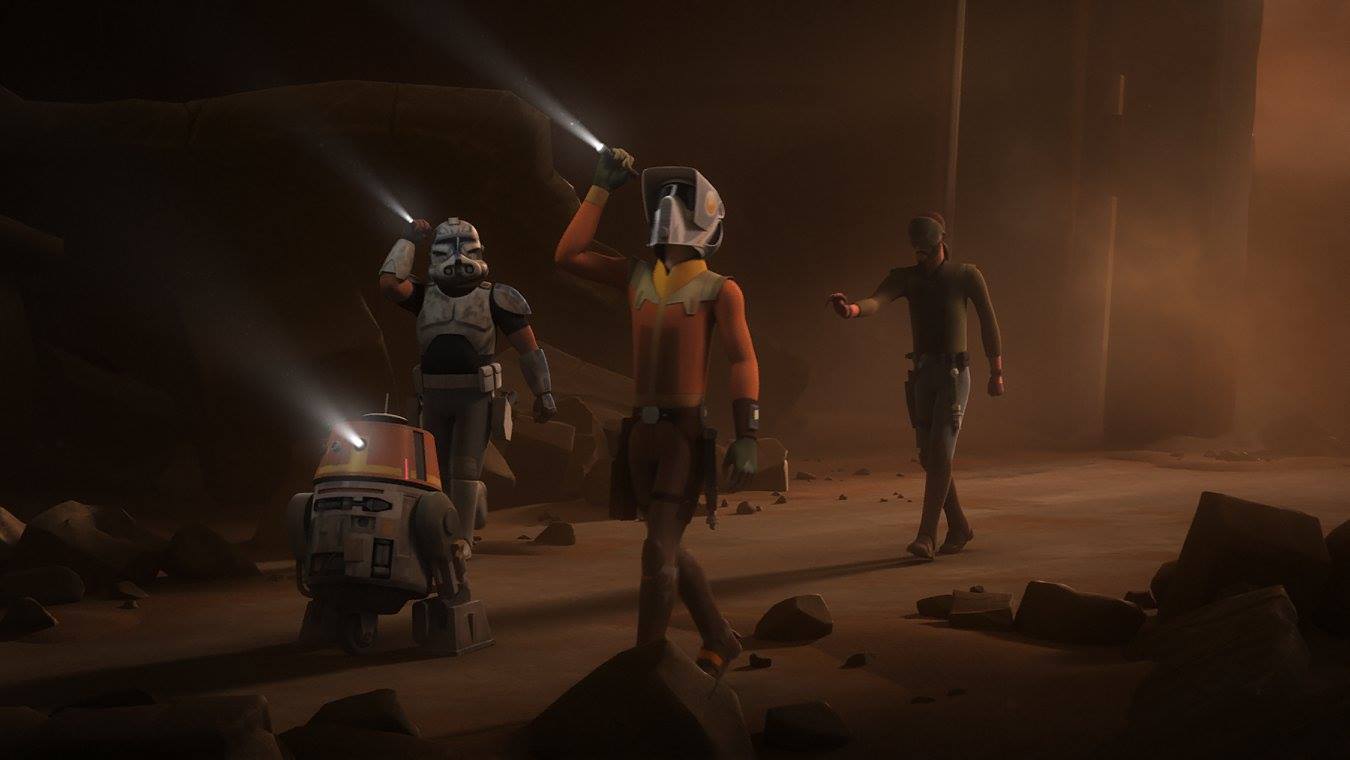 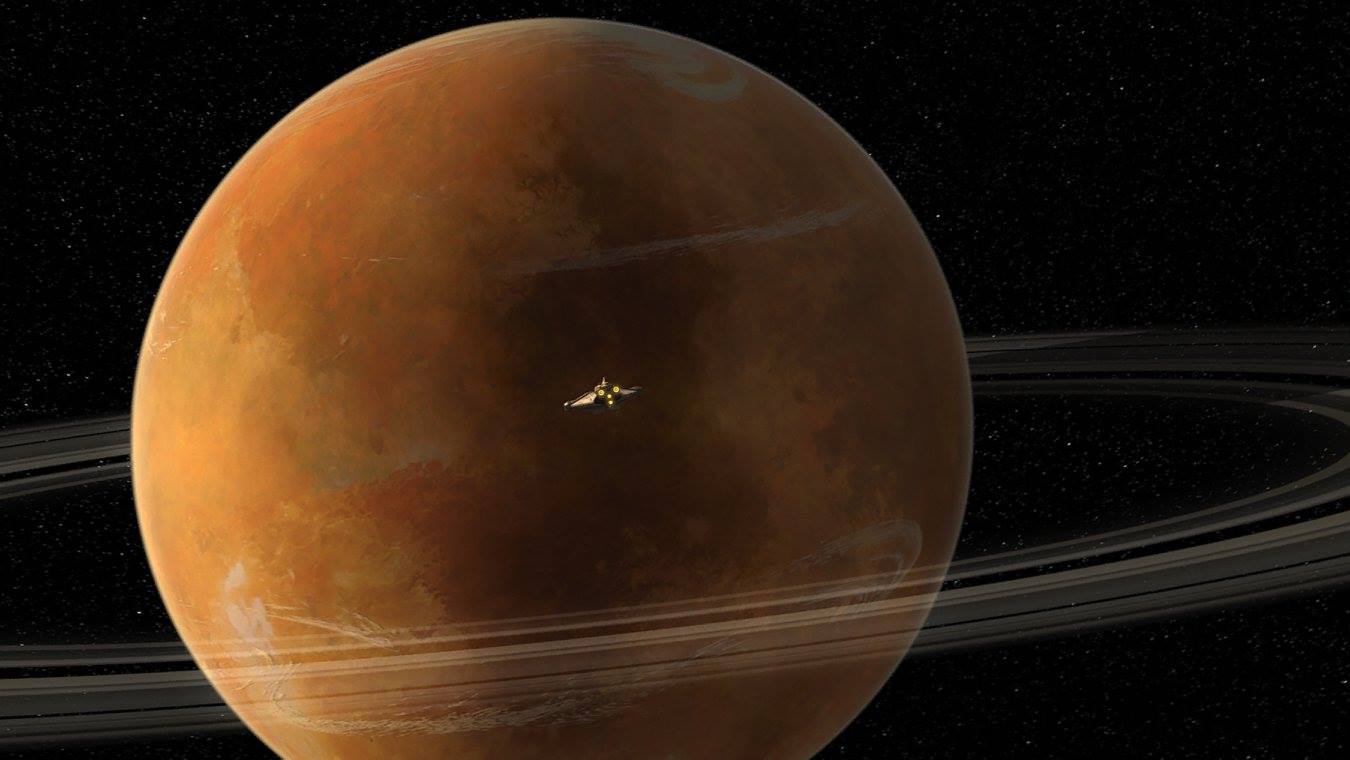 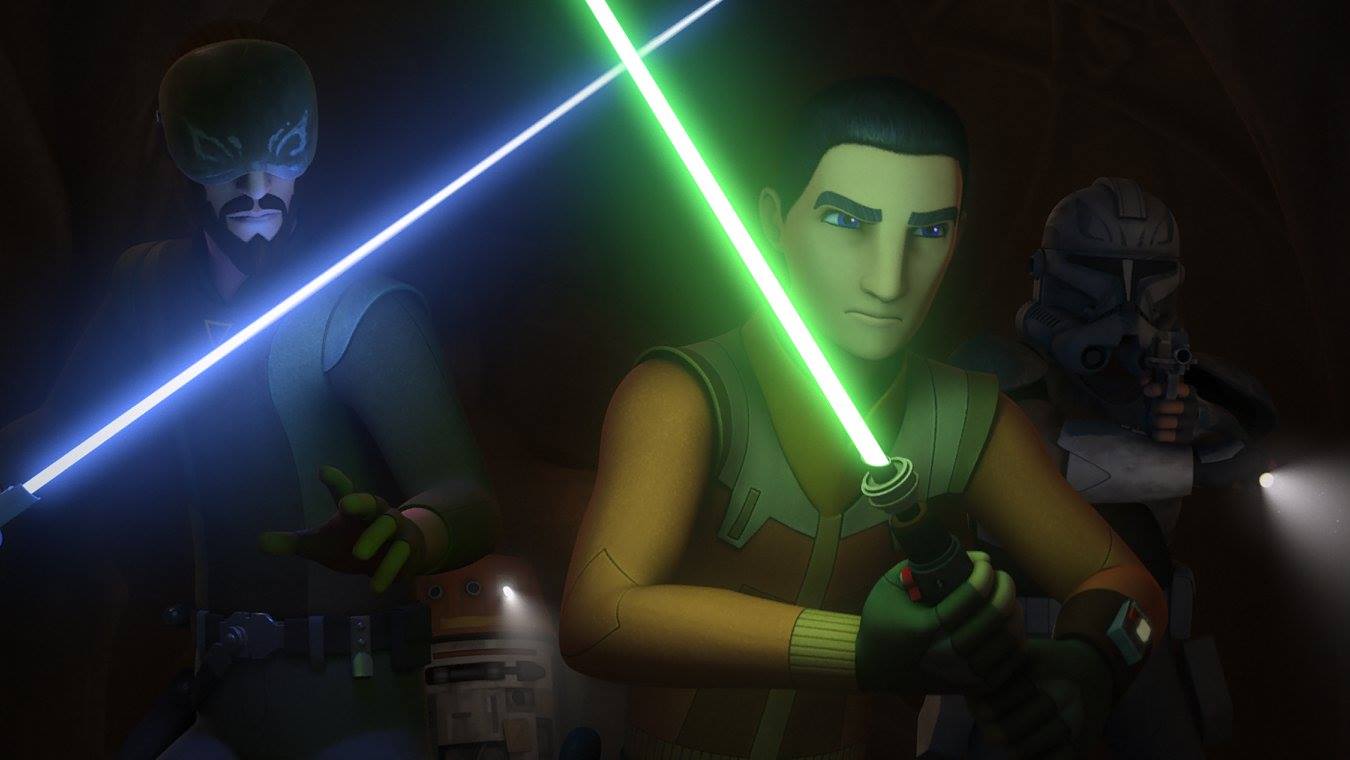 You can catch the new episodes starting THIS Saturday January 7th on Disney XD – who is excited?! 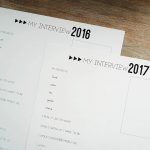 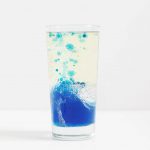