Our last interview during the #ZootopiaEvent was with the lovely Ginnifer Goodwin. She couldn’t make it in person but was sweet enough to chat with us online which was a fun new experience! She is as beautiful in “person” as she looks.

We LOVE Ginnifer in Once Upon A Time so I was excited to see what she was like. She was so well spoken, intelligent and kind. Chatting with her only made me more of a fan!

Q: How did you prepare for your role as Judy Hopps?

I would like to say that I have a lot of artistic integrity and lived on a rabbit farm for a month, but I really just relinquished all control,  which was new for me because I think control is something for which actors are always fighting and creating and protecting characters, but this is a new world for me, animation.

This is not an actor’s medium, so all I did was show up and try to be completely emotionally available and said my lines and tried different things and wore sneakers so I could jump around and, that’s about it. I mean, it’s the most fun I’ve ever had. I mean, no one should get paid to have this much fun. Except me. I’ll totally take it.

Q: What made you want the role (of Judy Hopps)?

To be honest, there was one word that convinced me that I needed to take this role and that was Disney. That’s the truth. I was sitting in Mickey Mouse pajamas in my kitchen. I was pregnant. I was in Vancouver shooting Once Upon a Time and I got a phone call that I was being offered this job and I had never heard of Zootopia and I took it immediately.

One of the things that I love most about Disney is that, it’s the studio of which I’m aware that will start from scratch to make something better, even they’re years into the process which happened with this one,  but reading the script, I was really taken with, of course, not only the scenes, but the fact that, like every great Disney film, it could make me laugh. It could make me cry at the same points every time I read it.

I related very much to the character. I understand why I was cast. I was typecast a bit and I’m proud of it.

I asked her what she thought when she first saw Judy Hopps with her voice since we learned from Jason that that part comes later.

Oh, it was a dream. I mean, he’s right. I didn’t see an entire scene until I saw what became the first trailer. The DMV scene in its edited trailer form at D23, so I had saw it while standing backstage with a monitor at the same time that all of the thousands of fans did. Before that, I had seen, I guess they’re called animatics, and I had seen all of the artwork, artwork that they had put up for me as reference.

And I would say use a different take and, you know, this was a completely different experience. I was swept up in the story, but sometimes I am brought back into it by realizing that, you know, Judy has raised her eyebrows in a way that I raise my eyebrows or does something with her hands that I suddenly find very familiar, but I only just saw the entire movie, I don’t know. Six weeks ago and it did blow my mind. I’m a bit quick to tears, but I start crying the second the castle comes up and says Disney.

When asked if her son had seen the movie Ginnifer had the BEST reason that he hasn’t.

He hasn’t seen it and we only recently decided that we’re not going to let him see it for a long time, but not for reasons that we had expected of ourselves. We kept him from all technology based entertainment until this point. He’s about to turn two. He just had the flu and we let him watch Winnie the Pooh for the first time. He’s a reader. He’s extremely physically active. He’s a player and we really encouraged him to let that be his forms of entertainment.

And I don’t want to shatter any of his illusions I’m just terrified that he would see Zootopia and he’s a smart kid, and he would say, that sounds an awful lot like Mommy, so I’m going to keep that from him as long as possible.  I want to push him to be imaginative.

Q: As a mom, what would I want for kids to take away from this movie or character?

There’s so many incredible themes in this movie. The one that I gravitate towards the most because it’s the one my character articulated was that anyone can be anything and I absolutely believe that. I believe that’s in keeping with the answer, yeah, to the question about, um, you know, defying other peoples’ expectations and in, you know, stereotyping me and how I am received. I do believe anyone can be anything. I believe that there are infinite amounts of opportunities for everyone.

I’ve never understood this idea that there’s so many pieces of the pie. Like, if, you know, actresses are fellow actress haters and are extremely competitive and I mean, not any more so than men. I’m just using actresses because I’m an actress and I’m sure it’s the same in many, many different fields, but I’ve always felt like why can’t we just look at it as there’s an infinite number of pies? There’s enough to go around and there’s enough for everyone to carve their niche in life and so that’s the thing that I would hope on the surface that I hope my kids take away from seeing Zootopia.

And then there are some incredible underlying and very timely and timeless themes just about the human condition and the state of our world that I think are powerful, you know. It may take a little more maturity and social interaction for them to understand them, but I can’t wait for my kids to be old enough to really, to really talk about it.

SO much yes Ginnifer! She was the perfect choice to play Judy Hopps and I can’t wait for you to see it so you can agree with me. Zootopia is in theaters (in 3D too) FRIDAY March 4th. Definitely grab your tickets for this weekend! 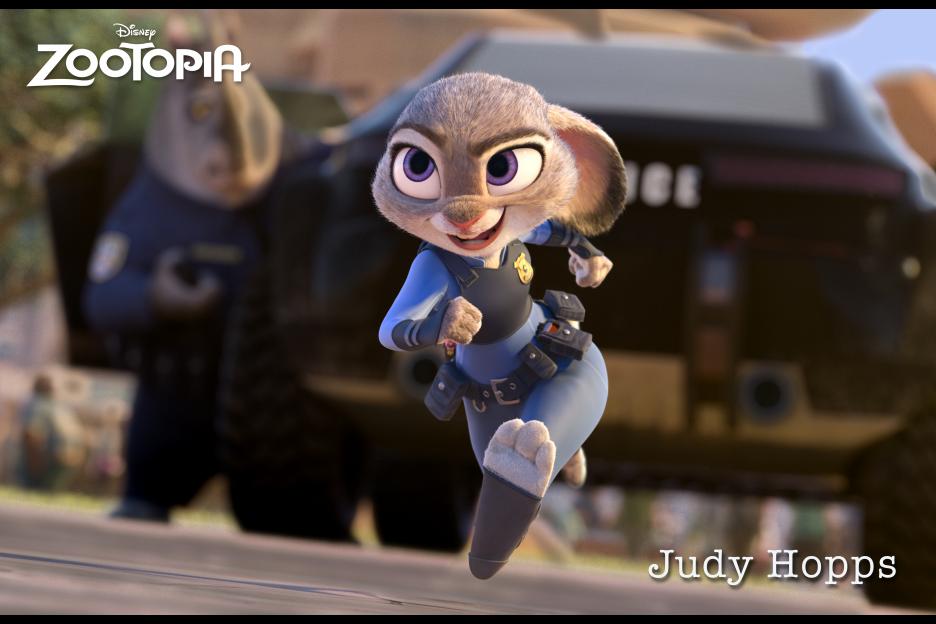 DISCLOSURE: I WAS INVITED AND HOSTED BY DISNEY TO COVER THE #ZOOTOPIAEVENT AS PART OF A MEDIA TRIP. AS ALWAYS, ALL OPINIONS ARE ENTIRELY MY OWN. 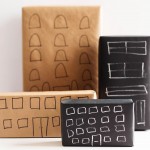 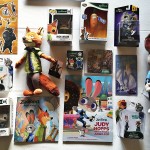 Zootopia Gift Ideas from the #ZootopiaEvent